Anthony Weiner is an American convicted sex offender and former politician, who is also known as political aide Huma Abedin’s former husband. Anthony was born in Brooklyn and graduated in political science from SUNY. Anthony initially worked at the office of U.S. representative Charles Schumer. He served as a member of the New York City Council from the city’s 48th district, from 1992 to 1998. He also represented New York’s 9th district at the U.S. House of Representatives, from 1999 to 2011. Due to a sexting controversy, he resigned from Congress in 2011. He then started a consulting career but was dragged into many more controversies, the final being a sexting scandal that involved a teenager in 2016. He pleaded guilty and was sentenced to 21 months in prison. He was finally released in February 2019. By then, Huma and he and settled their divorce out of court. His sexting controversy also led to an investigation into the Hillary Clinton email controversy. Andrew Fastow
Criminals #201
Continue Reading Below
4th September In History
DID WE MISS SOMEONE?
CLICK HERE AND TELL US
WE'LL MAKE SURE
THEY'RE HERE A.S.A.P
Quick Facts

Anthony David Weiner was born on September 4, 1964, in Brooklyn, New York City, New York, U.S., to Jewish parents Mort Weiner and Frances (née Finkelstein). His father was a lawyer, and his mother taught math at a high school.

They lived in Park Slope area of Brooklyn. Anthony grew up with an older brother, Seth, and a younger brother, Jason. Seth died in a hit-and-run accident in his late 30s, while Jason later became a chef and owned several restaurants.

He then cleared the Specialized High Schools Admissions Test and joined the Brooklyn Technical High School. He graduated in 1981.

He eventually joined the State University of New York (SUNY) in Plattsburgh. In his junior year, he was an exchange student at the College of William & Mary.

He soon became interested in politics and was declared a student senator. In 1985, he graduated with a BA degree in political science.

Soon after his graduation, Anthony Weiner started serving the then-U.S. representative and current senator Charles “Chuck” Schumer. Anthony worked at Chuck’s Washington D.C. office for 3 years and then moved to his Brooklyn office in 1988.

In 1991, when the New York City Council was expanded to 51 seats (from 35), Anthony won the primary with a narrow margin.

Anthony was expected to win in the November general election, as he had no opposition in the predominantly Democratic district. At 27, he became the youngest councilman in history of the city.

For the next 7 years, he focused on improving the quality of life and encouraged troubled teens to clean up the graffiti around town.

Anthony ran for Congress from the city’s 9th congressional district in 1998. The seat had been occupied by Chuck, who was running for the U.S. Senate. Anthony eventually won the Democratic primary and took over as a representative in January 1999. He continued on the post till June 2011.

In April 2008, Anthony organized the Congressional Middle Class Caucus. In June that year, Anthony supported a bill to help more foreign models get O-visas. He said that the move would boost the city’s fashion industry.

In 2009, Anthony called for a bill known as the United States National Health Care Act, which, if passed, would have made Medicare available to all Americans

Anthony criticized the 2009 Stupak-Pitts Amendment made to the Affordable Care Act, which banned the use of taxpayers’ money for abortions. In July that year, Anthony got the entire House to vote for single payer healthcare.

The same year, Anthony supported the Prevent All Cigarette Trafficking Act, which made selling of tobacco against any state tax law a federal crime.

On July 29, 2010, Anthony Weiner spoke against the Republicans’ opposition of the 9/11 Health and Compensation Act, which would have offered funds to sick first-responders of the 9/11 attacks.

In November 2010, Anthony pressurized YouTube to take down some of Anwar al-Awlaki's inflammatory videos from its site.

With regard to foreign policy, in 2002, Anthony had voted to give President George W. Bush the power to use the U.S. army against Iraq.

In May 2006, Anthony tried to prevent the Palestinian delegation from joining the United Nations.

In July, 2007, Anthony and Jerrold Nadler protested against a $20-billion arms deal that Bush had finalized with Saudi Arabia.

On May 27, 2011, Anthony Weiner used his Twitter account to send a link containing a sexually suggestive photo of himself to a woman follower. Anthony initially denied it but later admitted to the allegations in a press conference and apologized.

An explicit photo was leaked by the Twitter account of a listener of The Opie & Anthony Show. Following this, Anthony resigned from Congress on June 21, 2011. Republican Bob Turner won a special election to replace Anthony.

On July 23, 2013, Anthony was dragged into another sexting scandal. This was after he had joined the New York City mayoral run. Apparently, he had sent explicit photos, using the pseudonym "Carlos Danger," to a 22-year-old lady named Sydney Leathers.

On August 28, 2016, reports stated that Anthony had sexted another woman. This time, he had sent her a photo while lying in bed with his son. The following day, it was reported that Anthony and his wife, Huma Abedin, were planning to separate.

In September 2016, reports confirmed that Anthony had sexted a 15-year-old girl from North Carolina, asking her to strip on camera. Following this, his electronic devices were seized for investigation. This led to the discovery of emails that were crucial in the Hillary Clinton email scandal. Thus, the Clinton case was reopened just 11 days prior to the 2016 U.S. presidential election.

On May 19, 2017, a New York Times report stated that Anthony had surrendered to the FBI. He had decided to plead guilty to sending obscene material to a minor.

Anthony received a sentence of 21 months, had to pay a $10,000 fine, and was permanently registered as a sex offender. His sentence began on November 6, 2017. Due to good behavior, a few months were deducted from his sentence, and he was released on February 17, 2019. He then went a halfway house located in Brooklyn. He was released from the house on May 14, 2019.

After resigning from the Congress in June 2011, owing to a sexting scandal, Anthony Weiner had established a consulting firm in July 2011. It was called Woolf-Weiner Associates. He was also associated with Covington & Burling.

In July 2015, Anthony joined the PR company MWW Group, as a part-time consultant. By September 2015, he had left MWW.

In the wake of multiple sexting scandals, the New York Daily News declared in August 2016 that they would not carry Anthony’s political columns anymore. That day itself, NY1 stated Anthony would not be considered as a contributor for any of its TV shows anymore.

In 2020, Anthony became the CEO of IceStone, a Brooklyn-based manufacturing company.

Anthony Weiner got engaged to Huma Abedin in May 2009. Huma is an American-born Muslim of Indian–Pakistani descent and is known as a personal aide of Hillary Clinton.

Anthony and Huma tied the knot in July 2010, with former U.S. president Bill Clinton officiating the ceremony. In December 2011, Anthony and Huma had a son, Jordan Zain Weiner.

In August 2016, Huma announced her separation from Anthony, in the wake of a sexting scandal. On May 19, 2017, she filed for divorce after Anthony pleaded guilty to sexting a teenager.

In January 2018, however, Anthony and Huma withdrew their divorce case from court, stating that they wished to settle the divorce out of court, to prevent their 6-year-old son from going through trauma.

In 2013, The Weiner Monologues, which was about the media coverage of Anthony’s sexting scandal, premiered at the Access Theater.

Anthony appeared in a cameo role in a 2014 episode of Alpha House.

He also appeared as the director of NASA in the 2015 Syfy movie Sharknado 3: Oh Hell No!

The 2016 documentary Weiner, which covered his mayoral campaign of 2013, premiered at the Sundance Film Festival.

See the events in life of Anthony Weiner in Chronological Order 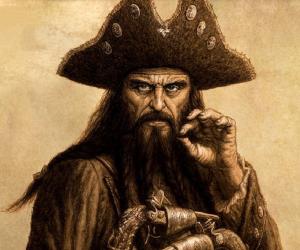