(American Actress Who is Known for Her Performances in Comedic Roles)

One of the most promising Hollywood stars of the 21st century, Anna Faris has been hailed by ‘The New Yorker’ as ‘Hollywood's most original comic actresses.’ She had a passion for acting from the tender age of nine, and performed in a play titled ‘Danger: Memory!’ She started hogging the limelight with the horror-comedy-spoof film ‘Scary Movie,’ which enhanced her reputation as a comedy actress in Hollywood. Some of her notable films, include ‘The Hot Chick,’ ‘Lost in Translation,’ and the award-winning film ‘Brokeback Mountain.’ She has also voiced many characters in films, such as ‘Alvin and the Chipmunks: The Squeakquel’ and ‘Alvin and the Chipmunks: Chipwrecked.’ This ‘Scary Movie’ actress is known for her facial expressions and an innocent on-screen persona. Her charming personality and energy combined with her exquisite looks can surely brighten up any dull moment on screen. She is currently one of the most popular comedy actresses in Hollywood. American People
American Women
Maryland Actresses
University Of Washington
American Actresses
Childhood & Early Life
Anna Kay Faris was born on November 29, 1976, in Baltimore, Maryland, USA, to Jack Faris, a sociology professor and Karen Faris, a special education teacher. Her family re-located to Edmonds, Washington when she was six years old.
At the age of nine, she delivered her first major acting performance in ‘Danger: Memory!,’ which was a one-act play that opened at the ‘Seattle Repertory Theatre’ in Washington.
In 1994, she graduated from the ‘Edmonds-Woodway High School.’ While still studying at school, she was cast to play a role in a TV commercial for frozen-yogurt. In 1999, she graduated from the ‘University of Washington’ with a degree in English literature. 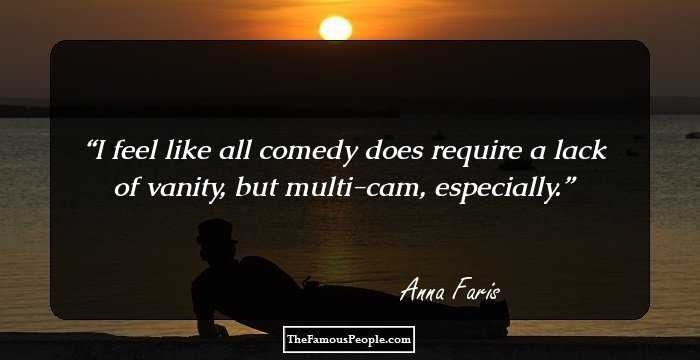 In February 2013, Anna Faris starred in the British comedy film ‘I Give It a Year,’ which was the directorial debut of Dan Mazer. From 2013, Anna started focusing on television, appearing in the lead role of the ‘CBS’ sitcom ‘Mom’ where she plays Christy Jolene Plunkett, a single mother of two who battles alcoholism and drug abuse. The series is currently renewed for its seventh and eighth seasons.

Later, Anna did some voice roles in movies, such as ‘Cloudy with a Chance of Meatballs 2’ (2013), ‘Alvin and the Chipmunks: The Road Chip’ (2015) and ‘The Emoji Movie’ (2017). While ‘Cloudy with a Chance of Meatballs 2’ was praised by the critics, ‘Alvin and the Chipmunks’ (2015) and ‘The Emoji Movie’ failed to impress the critics and received negative reviews.
In the meantime, she played cameo roles in movies like ‘22 Jump Street’ (2014) and ‘Keanu’ (2016). She appeared in the lead role opposite Eugenio Derbez in the 2018 romantic-comedy movie ‘Overboard.’ Though the movie failed to impress the critics, it was a commercial success. 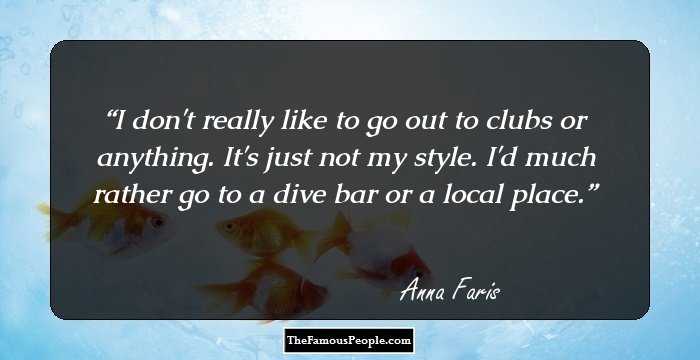 Major Works
She was seen in the critically acclaimed award-winning film ‘Lost in Translation,’ which was an immense financial success, earning $119.7 million at the worldwide box office. The film was awarded four ‘IFP Independent Spirit Awards’ and was honored by the ‘Writers Guild of America’ with the ‘Best Screenplay’ award.

Anna Faris was seen in the award-winning and critically-acclaimed film ‘Brokeback Mountain,’ which won the ‘Golden Lion’ at the ‘Venice Film Festival.’ It also won an award for ‘Best Picture and Best Director’ from the ‘British Academy of Film and Television Arts.’

Her TV series ‘Mom’ has been a recipient of various accolades. The show has received nominations at the prestigious ‘Primetime Emmy Awards,’ ‘Critics’ Choice Awards,’ and ‘People’s Choice Awards.’
Continue Reading Below
Awards & Achievements
In 2004, she was nominated for the ‘Chainsaw Award’ under the ‘Best Supporting Actress’ category for the film ‘May.’

She received ‘Comedy Star of the Year’ award at the 2012 ‘CinemaCon Awards.’ 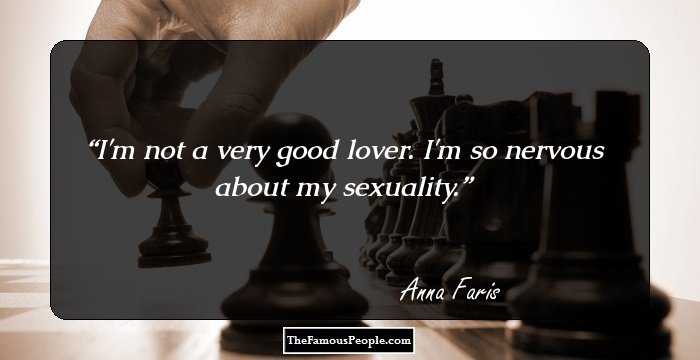 Personal Life & Legacy
In 2004, she married Ben Indra. Unfortunately, their marriage ended in a divorce in 2008.

On July 9, 2009, Anna Faris married actor Chris Pratt and the couple was blessed with a son named Jack. Anna Faris and Chris Pratt divorced in October 2018, after nine years of marriage.

Trivia
This American comic actress filmed for a movie when she was six months pregnant.
She has an estimated net worth of $30 million.

See the events in life of Anna Faris in Chronological Order