Anita Roddick was one of the famed names in the cosmetic circles around the globe. The initiator, creator and founder of the well-known wellness and cosmetic brand, The Body Shop, she created a stir globally with her ‘green’ themed vision. Interestingly, The Body Shop was basically initiated out of economic necessity, to resolve the cash crunches and provide financial security to Roddick and her family. It was her travels and exposure to body rituals of women and having a first-hand experience of living with the fishing and farming communities and pre-industrialized people that gave her the edge over other dealers. She clubbed it with her mother’s frugality, thus introducing the concept of refillable containers and sample sachets that led to environmental activism that the brand promoted. The company was one of the first to prohibit the use of ingredients tested on animals and one of the first to promote fair trade with third world countries. Within no time, The Body Shop became extremely popular. Today, the company serves 77 million consumers through its 2000 stores across the time zones. Other than being an entrepreneur, she was an active environmental campaigner and a human rights activist. Founder/Co-Founder: Children On The Edge, 38 Degrees, The Body Shop

British Celebrities
Business Women
Human Rights Activists
British Women
Women Activists
Career
She started her career by working in a Library of International Herald Tribune, Paris. She followed this by serving as a teacher of English and History in England. She later found work in the Women's Rights Dept. of International Labor Organization (ILO), based at UN in Geneva
Later on she opened a restaurant in association with her future husband Gordon Roddick. The business thrived and the couple soon established a hotel in the Littlehampton area.
It was in 1976 that she initiated the cosmetic and wellness brand ‘The Body Shop’ as a means to earn a living so as to support her children, while her husband was away on a trekking tour in America. Established to provide financial support, it went on to become the largest cosmetic and wellness brand
Despite having no training or experience at business, she adhered to her husband’s advice of banking on sales of more than 300 pounds a week. The main aim of her business venture was to provide quality skin care products in refillable containers and sample sizes.
The Body Shop was launched when Europe was on its way for a ‘go green’ mantra. As such, the brand came well in time as it was largely accepted for its environment friendly retail conventions. Also it became the first socially and environmentally responsible business.
The success of the first shop led to the launch of the second shop within a time frame of six months. Her husband who had returned from his trek too joined the business. The company went public in 1984
By 1991, The Body Shop had more than 700 branches. The same year, it was awarded World Vision Award for Development Initiative.
In 1997, she launched the most successful campaign for The Body Shop, with the creation of a size 16 doll, Ruby which bore a resemblance to Barbie. The campaign was a great success.
By 2004, The Body Shop had 1980 stores, serving over 77 million customers throughout the world. It was voted as the second most trusted brand in the United Kingdom, and 28th top brand in the world.
In 2006, L’Oreal bought The Body Shop for 652 million pounds. The takeover created a major controversy as L’Oreal was involved in animal testing and due to its ownership by Nestle which is criticized for its treatment of third world producers.
Other than serving as the head of the brand, she was engaged in a lot of charity work. She was a member of the Demos think tank advisory council and was known for her campaigning work on environmental issues.
She founded the ‘Children on the Edge (COTE) after her visits to the Romanian orphanages. The main aim of the organization was to help manage the crisis and work to de-institutionalise the children over the course of their early life. It aims to treat disadvantaged children.
Her humanitarian efforts include stopping the dumping of toxic waste in North Sea, campaigning against whaling of sperm whales, acid rain pollution, publication of the first Green diary, funding unrepresented nations and people’s organization, positive energy campaign and so on.
Additionally, she served as a trustee or board member of many important organizations including Mother Jones Magazine - Foundation for National Progress, USA, Human Rights Watch, USA, The Ruckus Society, USA and Nuclear Age Peace Foundation, USA.
She also penned a book, ‘Take It Personally’ which encouraged equality and end to the exploitation of workers and children in underdeveloped countries. 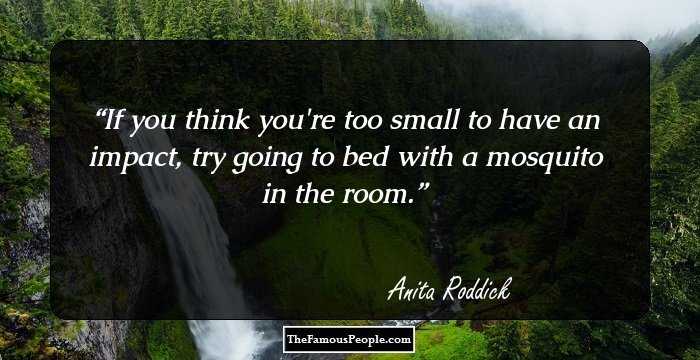 The Best Black Actresses Of All Time
Awards & Achievements
In 1988, she was bestowed with the prestigious Officer of the Order of the British Empire (OBE) rank.
In 2003, she was appointed as the Dame Commander of the Order of the British Empire by Queen Elizabeth II.
The other notable awards and distinctions offered to her include Veuve Clicquot Businesses Woman of the Year (1984), Banksia Foundation's Australia Environmental Award, Mexican Environmental Achiever Award, National Audubon Society Medal, Botwinick Prize in Business Ethics, Women's Center's Leadership Award, University of Michigan's Annual Business Leadership Award and British Environment & Media Award.
Some other distinctions awarded to her include Women's Business Development Center's First Annual Woman Power Award, The Gleitsman Foundation's Award of Achievement, International Peace Prayer Day Organisation's Woman of Peace and Spirit of the Rainforest Award.
She received honorary degrees from various universities across the globe such as Honorary Doctorate from the University of Sussex, Honorary Degree (Doctor of Laws) from the University of Bath and Honorary Doctorate of Public Service by The Sage Colleges. 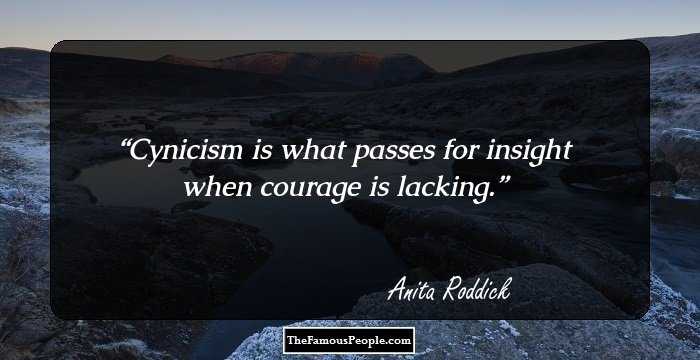 Personal Life & Legacy
She tied the nuptial knot with Gordon Roddick in 1970. By then, they had been blessed with a daughter while the other was on the way.
In 2004, she was diagnosed with liver cirrhosis. Three years later, it was revealed that she was diagnosed with hepatitis C, which was the result of a blood transfusion that she underwent on the birth of her second daughter.
She was hospitalized at St Richard’s Hospital, Chichester after complaint of severe headache. The following day, i.e. on September 10, 2007, she passed away due to acute hemorrhage.
Trivia
She was the famed entrepreneur who started the well-known cosmetic company, ‘The Body Shop’. 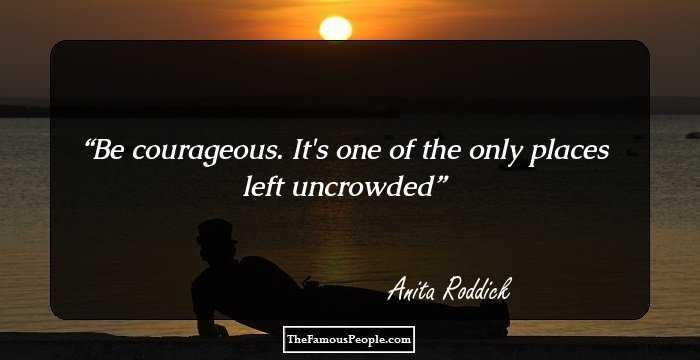 Quotes By Anita Roddick | Quote Of The Day | Top 100 Quotes

See the events in life of Anita Roddick in Chronological Order 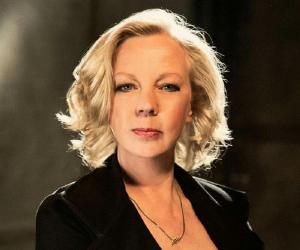