Andrew Lincoln, born Andrew James Clutterbuck, is an English actor, best known for his roles in the film ‘Love Actually’ and the TV series ‘The Walking Dead.’ Andrew was born in London and raised in Hull and Somerset. He started acting at the age of 14. His stage debut was in a school production of the play titled ‘Oliver!’ He received training in acting from the ‘National Youth Theatre’ and the ‘Royal Academy of Dramatic Art.’ He started his on-screen acting career with a guest role in the series ‘Drop the Dead Donkey.’ He made his film debut in 1995, with one of the lead roles in the award-winning film ‘Boston Kickout.’ After playing key roles in series such as ‘This Life’ and ‘Shipwrecked,’ he had his major acting breakthrough in the early 2000s, when he played ‘Mark’ in the ensemble romantic comedy film ‘Love Actually.’ After starring in a supporting role in the series ‘Afterlife’ in 2006, Andrew earned a breakthrough role in 2010. He was signed to play ‘Rick Grimes,’ one of the lead roles in the hit post-apocalyptic zombie drama series titled ‘The Walking Dead.’ This role is perhaps his best-known role yet.
Continue Reading Below 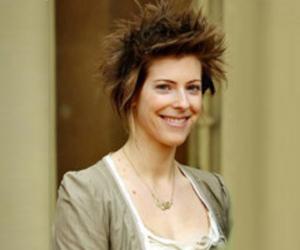 British People
Royal Academy Of Dramatic Art
Virgo Actors
British Actors
Actors Who Are In Their 40s
Childhood & Early Life
Andrew Lincoln was born Andrew James Clutterbuck, on September 14, 1973, in London, England, into a working-class family. His father was a civil engineer, and his mother was a nurse. He is English from her father’s side and South African from his mother’s side. He grew up with his elder brother.
Andrew’s family shifted to Hull, Yorkshire, when he was 18 months old. The family finally settled in Bath, Somerset. He was 8 years old at that time. However, by then, he had developed a keen interest in the performing arts.
While attending ‘Beechen Cliff School’ in Somerset, he played the first role of his life. He played ‘The Artful Dodger’ in a play titled ‘Oliver!’ He was 14 years old at that time, and the experience of acting on stage profoundly impacted him. Following this, he decided to turn it into a full-time profession.
While in high school, Andrew devoted an entire summer learning acting at the ‘National Youth Theatre.’ Following his graduation, he attended the ‘Royal Academy of Dramatic Art’ in London.
In the early 1990s, he started auditioning for film and TV roles.
Continue Reading Below
You May Like

The Most Popular US Veterans
Career
In 1994, Andrew made his TV debut with a guest role in an episode of the series ‘Drop the Dead Donkey,’ titled ‘Births and Deaths.’ He also played a key role in the pilot of the series ‘N7,’ in which he played ‘Andy.’ However, the series remained unsold.
In 1995, Andrew made his film debut with one of the lead roles in the film ‘Boston Kickout.’ Although the drama film failed to secure a wide release, it was largely appreciated at many international and national film festivals. His performance also received appreciation, making it a fairly good beginning for his acting career.
In the mid-1990s, Andrew appeared in small roles in series such as ‘Over Here’ and ‘Bramwell.’
Toward the late 1990s, Andrew was seen playing key roles in small films such as ‘Understanding Jane’ and ‘A Man’s Best Friend.’
He had his first major TV break in 1996, when he earned the lead role of ‘Edgar “Egg” Cook’ in the series ‘This Life.’ It was a huge break for Andrew, as he appeared in 32 episodes of the series, which ran for two seasons.
However, despite this success, his film career struggled to hold a firm ground. Meanwhile, his TV career moved forward with guest roles in series such as ‘The Woman in White’ and ‘Bomber.’
In 2000, he was hired as a narrator in the reality TV series ‘Shipwrecked.’ He narrated 27 episodes of the series.
In 2000, he was signed to play ‘Maxie King’ in the crime-drama film ‘Gangster No. 1.’ The film was a huge critical success but made very little money at the box office.
He then appeared in supporting roles in films such as ‘Offending Angels’ and series’ such as ‘Teachers.’ In ‘Teachers,’ apart from playing the supporting role of ‘Simon Casey,’ he also donned the director’s hat for two episodes.
Continue Reading Below
In 2003, he had a huge film break when he was cast to play ‘Mark,’ the main role, in the Christmas-themed romantic comedy film titled ‘Love Actually.’ He was part of the huge ensemble that had big names such as Hugh Grant and Liam Neeson. The film was a success, both critically and commercially, and it was his first tryst with nationwide fame.
In the 2004 psychological thriller film titled ‘Enduring Love,’ Andrew played the supporting role of a TV producer. He then appeared in major roles in films such as ‘These Foolish Things’ and ‘Hey Good Looking!’
In the early to mid-2000s, he played small roles in several series such as ‘Lie with Me,’ ‘State of Mind,’ and ‘The Canterbury Tales.’ In addition, he also played a supporting role in the series ‘Afterlife.’
In 2009, he played the lead role of ‘Michael Collins’ in the TV film titled ‘Moonshot.’ The following year, Andrew earned a major TV breakthrough that turned his career around.
He was signed to play ‘Rick Grimes’ in the zombie apocalypse horror–drama series ‘The Walking Dead.’ The series featured him as an ex-policeman leading a group of survivors to safety. Created by esteemed filmmaker Frank Darabont, the series was a huge success since it was aired.
Over the years, ‘The Walking Dead’ has become one of the most successful American TV series of all time. Andrew won several awards for his performance in the series, such as a ‘Satellite Award,’ a ‘People’s Choice Award,’ and two ‘Saturn Awards.’ He has also received many nominations for his performance.
Since he began appearing in ‘The Walking Dead,’ Andrew’s appearances in other projects have significantly reduced. Lately, he was seen playing guest roles in series such as ‘Fear the Walking Dead,’ ‘Ride with Norman Reedus,’ and ‘Robot Chicken.’
He has contributed as a narrator for the fictional textbook ‘Quidditch Through the Ages,’ written by Kennilworthy Whisp and created by JK Rowling.
Family & Personal Life
Andrew Lincoln married Gael Anderson, daughter of popular musician Ian Anderson, in 2006. The couple has two children, Arthur and Matilda.
Andrew also indulges in social work. He is a regular supporter of ‘Shelter,’ a British charity that works toward providing housing for homeless people.
Andrew and his ‘The Walking Dead’ co-star Norman Reedus are friends in real life, too.

See the events in life of Andrew Lincoln in Chronological Order