Advanced Search
Andrea Laura Barber is a well-known American actress who is famous for playing the role of Kimmy Gibbler in ABC’s series ‘Full House’ as well as its Netflix follow-up series ‘Fuller House’. She is also popular for portraying the character of Jennifer in the television film ‘Do You Remember Love’. Having started acting at the age of four through a local stage production, and then making her debut on small screen through the show ‘Days of Our Lives’, today Barber has got tons of television shows under her belt. Besides TV, she has also done some short films and movies. Coming to the honors she has received, the talented actress has won a handful of awards in her career so far. She has won two Soap Opera Digest Awards for ‘Outstanding Youth Actress in a Daytime Soap Opera’ and ‘Outstanding Youth Actress in a Daytime Serial’. She has also received two Young Artist Awards under the categories ‘Best Young Actress Supporting Role in a Television Series’ and ‘Best Young Actress Supporting or Re-Occurring Role for a TV Series’ respectively. American People
California Actresses
Cancer Actresses
American Actresses
Actresses Who Are In Their 40s
Career
Andrea Barber's first major role was that of Carrie Brady on the TV show ‘Days of Our Lives’ in 1982. The following year, she was cast in an episode of ‘Fantasy Island’. Two years later, i.e. in 1985, the actress did the television film ‘Do You Remember Love’. The same year, she guest starred in two shows namely ‘St. Elsewhere’ and ‘The Twilight Zone’ respectively. Then in 1986, Barber did the shows ‘Wonderful World of Color’ and’ Our House’.
After this, she had a recurring role as Kimmy Gibbler in ABC’s ‘Full House’. This show was an incredible hit; it began in 1987 and ended in 1995. In 1990, the American actress got featured in an episode of the TV series ‘Growing Pains’. Five years later, she did ‘The Skateboard Kid II’. After this, Barber took a long break and started focussing on her personal life. She made a comeback in the year 2012 and appeared in an episode of ‘Funny or Die’. In 2016, she reprised the role of Kimmy Gibbler in the spin-off series of Full House. This show is called ‘Fuller House’ and it is running up till now.
Recommended Lists: 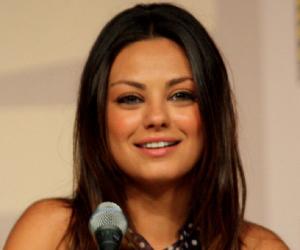