Anderson Webb is a British YouTuber, who is famous for running a channel called ‘MRandersonwebb’ on which he shares vlogs, challenges, and other fun videos. The brother of YouTube phenomenon Harrison Webb, he has earned subtle popularity on the social media platform. With over 159k subscribers, he aims of publishing unique content that would keep his audience entertained. Besides YouTube, Webb is quite famous on Instagram and Twitter where he has over 104k and over 149k followers respectively. On a personal note, he is quite a cool and funny guy who is enjoying every bit of his life. He loves the idea of being on social media because he likes connecting with other people. In his free time, he hangs out with his elder brother Harrison and some of his buddies. Till date, Webb has uploaded a number of collaborative videos with his brother, all of which are extremely entertaining to watch. 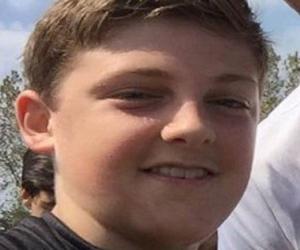 Isabelle Ingham
Vloggers #1015
Instagram Stars #95
Continue Reading Below
1st August In History
DID WE MISS SOMEONE?
CLICK HERE AND TELL US
WE'LL MAKE SURE
THEY'RE HERE A.S.A.P
Quick Facts

British People
Leo Youtubers
Male Youtubers
British Vloggers
British YouTubers
Rise to Stardom
Anderson Webb launched his channel under the name ‘MRandersonwebb’ on September 5, 2011. His first ever video was a random one titled ‘Lights cushions and toast’. This was followed by more random videos like ‘Chubby Bunny Challenge’, ‘A Day with My Cousin’, ‘Cinnamon Challenge’ and so on. All these videos earned a decent number of subscribers which encouraged Webb to post more. The journey of publishing videos on MRandersonwebb continued and the YouTuber earned a family of over 159k subscribers. Although he hasn’t posted anything since March 2018, his channel’s views are still increasing. The last video published by Webb was 'I Can’t Believe I Sent This Text- **he was mad**'. Posted on March 4, 2018, this video has garnered over 21k views till date (as of August 2018).
Recommended Lists:

Leo Men
Two of the most viewed videos on Webb’s channel are 'Extreme Boyfriend VS Brother In Law Challenge’ and 'I Finally Did Her Make Up w/ Franny Arrieta'. The first video is a challenge based video featuring his brother and girlfriend and the second one is again a challenge video featuring his girlfriend Franny. Both of these videos are super fun to watch! His video ‘Messy Roommate Challenge’ is also an extremely entertaining one.
You May Like

The Sexiest Men Of 2020, Ranked
Continue Reading Below
Personal Life
Anderson Webb was born on August 1, 2001 in England. He is the younger brother of YouTube star Harrison Web. The duo has collaborated multiple times on each other’s YouTube videos. Currently, Webb is dating a girl named Franny Arrieta. She often features on his channel. Webb is good friends with fellow YouTube personality Louis Cole.
Information regarding his parents, education, family background, and other personal details is missing from the web. He hasn’t uploaded any video since March 2018 but his fans are hoping that he will post a video very soon. 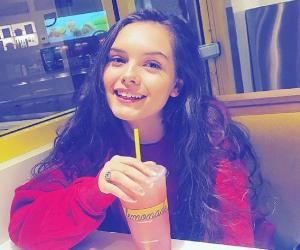