Amelia March Heinle is an American actress who is popularly known for portraying the character of ‘Stephanie "Steffi" Brewster’ on the American television soap opera ‘Loving’. She has also worked in several other popular television series including ‘All My Children’ as ‘Mia Saunders’ and the long-running American television soap opera ‘The Young and the Restless’. She has appeared in a few movies as well. Her filmography includes the movies ‘At Sachem Farm ‘, ‘Liar's Poker’, and ‘The Limey’. Over her two-decade-long acting career, she has also appeared in some television movies like ‘Quicksilver Highway’, ‘Black Cat Run’ ‘Purgatory’, and ‘Earth vs. the Spider’. Amelia Heinle has won two Daytime Emmy Awards for her work in ‘The Young and the Restless’ in 2014 and 2015. Coming to her personal life, the American actress has been married twice and is the mother of three children. She is moderately active on social media platforms like Twitter and Instagram. 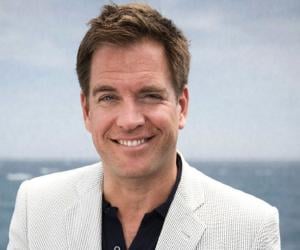 Sadie Sink
Actresses #2033
Film & Theater Personalities #5072
Continue Reading Below
17th March In History
DID WE MISS SOMEONE?
CLICK HERE AND TELL US
WE'LL MAKE SURE
THEY'RE HERE A.S.A.P
Quick Facts

American People
Arizona Actresses
Pisces Actresses
American Actresses
Actresses Who Are In Their 40s
Career
Amelia Heinle started her acting career at the age of twenty with a role in the ABC television soap opera ‘Loving’ in 1993. She portrayed the character of ‘Steffi Brewster. She immediately caught the attention of the audiences and her role was appreciated by the critics as well. She appeared on the show between 1993 and 1995, and also played the same character on the show’s spin-off ‘The City’ later in 1995 and 1996. Her character became popular among the fans and her work received due appreciation from the critics too. She was nominated for a Soap Opera Digest Award for ‘Outstanding Female Newcomer’.
In the next ten years, Amelia did many television films including the 1997 horror TV-film ‘Quicksilver Highway’ where she played the role of ‘Darlene.’ She then appeared in ‘Black Cat Run’ in 1998, the western fantasy film ‘Purgatory’ in 1999, ‘The Only Living Boy in New York’ in 2000, and the 2001 science fiction horror television film ‘Earth vs. the Spider’. She also did three films, ‘At Sachem Farm’, ‘Liar's Poker’, and ‘The Limey’ during that period, mostly in a second lead or supporting roles.
She appeared on the ABC television soap opera ‘All My Children’ as ‘Mia Saunders’ between 2001 and 2004 before signing for her biggest project ‘The Young and the Restless’ in 2005. She was cast in the role of ‘Victoria Newman’ in the CBS television soap opera created by William J. Bell and Lee Phillip Bell. She has been a regular on the show since 2005, playing one of the lead roles in the long-running series. She received two Daytime Emmy Awards for ‘Outstanding Supporting Actress in a Drama Series’ in 2014 and 2015 for her exceptional work on the series.
You May Like

Women Film & Theater Personalities
American Film & Theater Personalities
American Female Film & Theater Personalities
Pisces Women
Continue Reading Below
Personal Life
Amelia March Heinle was born on March 17, 1973, in Phoenix, Arizona as the eldest of the five siblings in the family. She moved to New Jersey with her family at the age of fifteen. An avid traveler, Amelia is also very fond of dogs and has three pet dogs named Walter, Rufus, and Po Po.
In 1995, she married actor Michael Weatherly, whom she had first met on the sets of ‘Loving’. Together they had a son, August Manning, born in 1996. The couple got a divorce on 28 November 1997.
She later married actor Thad Luckinbill, one of her co-stars from ‘Young and the Restless’, in 2007. The couple has two children, son Thaddeus Rowe, born in November 2007, and daughter Georgia March, born on December 17, 2009. Unfortunately, her husband filed for divorce in March 2017, citing ‘irreconcilable differences’.