Alyssa Jayne Milano is an American actor, known for her work in popular television series like ‘Charmed,’ ‘Romantically Challenged,’ and ‘Who’s the Boss?’ Milano was born and brought up in New York. She spent her childhood with her parents, who are no strangers to the film and television fraternity. She was interested in acting from the very beginning and felt comfortable in front of the camera even as a child. As a little girl, she took part in many theatre productions like ‘Jayne Eyre,’ ‘Butterflies are Free,’ etc. She started her career in Hollywood with teen movies and then moved on to B movies and TV movies. There was a time in her career when she was out of work for a longtime as she struggled to leave behind her teen star image. This made her very insecure about her acting career and she immediately returned to television and did series like ‘Melrose Place’ and ‘Charmed.’ In 2018, she was cast to play the main role in ‘Insatiable’ which premiered on ‘Netflix’ on August 10, 2018. American People
Writers
Actresses
T V & Movie Producers
American Women
Childhood & Early Life
Alyssa Milano was born on 19 December 1972, in Brooklyn, New York, to Lin Milano and Thomas M. Milano. Her father is a music editor and her mother is a fashion designer. She has a brother named Cory, who is also an actor.
She has an Italian ancestry and was raised as a Roman Catholic. She had a happy childhood and grew up in a loving environment. She was always surrounded by camera and other elements associated with showbiz. 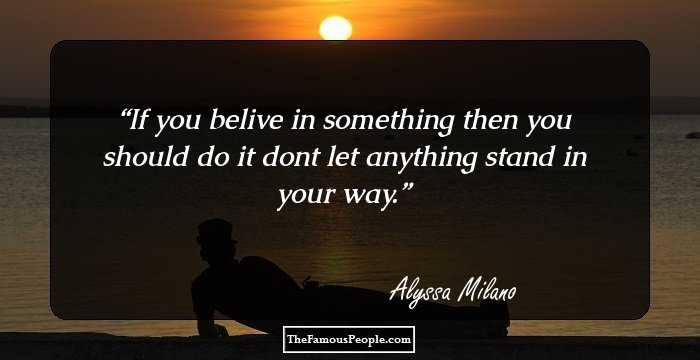 New Yorkers Actresses
Women Writers
Women Singers
Women Activists
Career
Milano started her acting career at the age of seven and landed a role in ‘Annie.’ During this time, she started performing in off-Broadway theatre and television commercials. She also did a movie called ‘Old Enough.’
When she was 10 years old, she started working in a television comedy called ‘Who’s the Boss?’ Her co-actors were Katherine Helmond, Judith Light, Tony Danza, etc. She moved with her father to Hollywood to act in this series.
Throughout the 1980s, she worked in theatre productions like ‘Tender Offer’ which was written by Wendy Wasserstein, ‘All Night Long,’ written by John O’Keefe, ‘Jane Eyre,’ and ‘Butterflies Are Free’ which was produced in LA.
In 1985, she did a movie titled ‘Commando’ with Arnold Schwarzenegger. It was an R-rated action movie and Milano, who was only 12 years old then, felt scared of the weapons and action that was used in the movie.
In 1986, she did a children’s film called ‘The Canterville Ghost’ in which she starred with John Gielgud. Her performance in the movie was not critically appreciated and she received an unflattering review from the ‘Vanity’ magazine.
In 1988, Milano did teen movies like ‘Crash Course’ and ‘Dance ‘til Dawn.’ In both the movies, she worked with her ‘Who’s the Boss?’ co-star, Brian Bloom. She also produced a teen workout video called ‘Teen Steam.’
In 1992, she worked in an independent movie called ‘Where the Day Takes You.’ In the movie, she played the role of a homeless prostitute and was appreciated for her acting skills.
In 1993, she landed the role of ‘Amy Fisher’ in a TV movie called ‘Casualties of Love: The Long Island Lolita Story.’ It was a controversial role that changed her image from a stereotypical teenager to a grown-up actor.
From 1993 to 1996, Milano did many B movies and TV movies like ‘Candles in the Dark’ (1993), ‘Embrace of the Vampire’ (1995), ‘Confessions of a Sorority Girl’ (1994), ‘Deadly Sins’ (1995), ‘The Surrogate’ (1995), and ‘To Brave Alaska’ (1996).
Continue Reading Below
In 1997, she did a movie called ‘Hugo Pool’ and it proved to be a great milestone in her acting career. But even after its success, Milano could not find much work and decided to return to television.
From 1997 to 2008, she landed many television roles like ‘Jennifer Mancini’ in a series called ‘Melrose Place,’ ‘Meg Winston’ in ‘Spin City,’ and ‘Phoebe Halliwell’ in ‘Charmed.’
She worked in many TV commercials and also did a TV movie called ‘Pathology.’ Also, she worked on a TV sitcom titled ‘Single with Parents’ which never materialized.
In 2009, she voiced a character in a video game titled ‘Ghostbusters: The Video Game’ which became a huge hit amongst gamers. It was speculated that she would act in ‘Ghostbusters III,’ but she was never approached.
In 2010, she starred in a movie titled ‘My Girlfriend’s Boyfriend’ which was produced by her. She also starred as the lead character in a romantic comedy television series called ‘Romantically Challenged.’
In 2011, she worked in a comedy called ‘Hall Pass’ in which she starred alongside Owen Wilson, Jenna Fischer, and Christina Applegate. In the same year, she made an appearance in the movie ‘New Year’s Eve.’
From 2013 to 2014, she played the lead character in the ‘ABC’ drama series ‘Mistresses.’ In 2013, she was roped in as a judge for a show titled ‘Project Runway: All Stars.’
She was cast in two ‘Netflix’ comedy series, namely ‘Wet Hot American Summer: Ten Years Later’ and ‘Insatiable’ in 2017 and 2018, respectively.
She was also cast in the lead role in a TV movie titled ‘Tempting Fate,’ which is based on the best-selling book by Jane Green.
Continue Reading Below 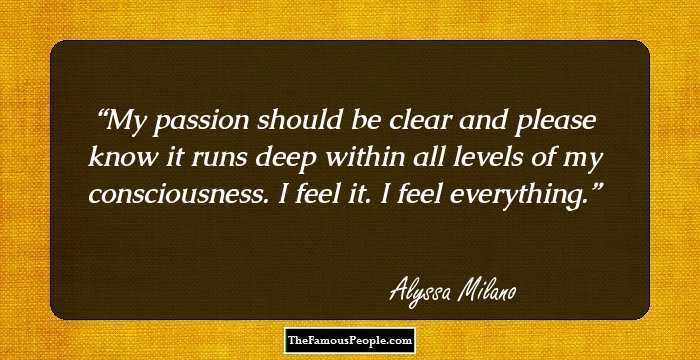 American Writers
American Singers
Sagittarius Writers
American Actresses
Personal Life & Legacy
Milano had an on-again, off-again relationship with actor Corey Haim. She then got engaged to Wayne Mc Bean, an ice hockey defenseman, after dating him for five years. However, the relationship did not work and they broke off the engagement.
She got married to Cinjun Tate in 1999. However, the marriage ended in divorce in 2000. She got engaged to David Bugliari, a CAA agent, and got married to him in 2009 in New Jersey. After two years of being married, they had a son named Milo Thomas Bugliari. The couple was blessed with a daughter, whom they named Elizabella Dylan Bugliari, in 2014.
Recommended Lists:

American Activists
Sagittarius Singers
Sagittarius Actresses
Actresses Who Are In Their 40s
Trivia
Milano took part in a campaign for ‘PETA.’
She is a ‘UNICEF’ Goodwill Ambassador.
She is an avid football fan.
She is dyslexic. 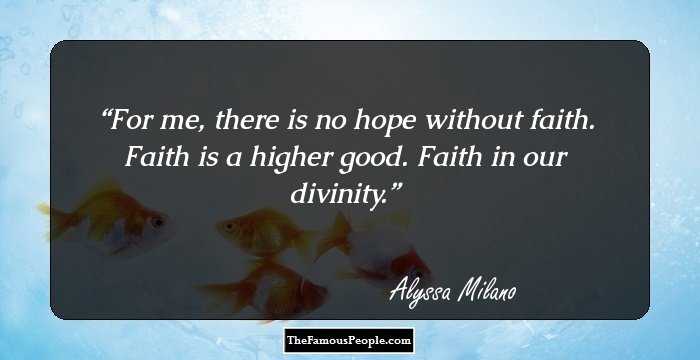 Quotes By Alyssa Milano | Quote Of The Day | Top 100 Quotes

See the events in life of Alyssa Milano in Chronological Order