Advanced Search
Allison Brooks Janney is a famous American actress. She has played many major as well as supporting roles, both in television as well as cinema. She became well-known for various TV programs, the most popular among them being ‘The West Wing.’ It was an American political drama television series which was created by Aaron Sorkin and was broadcast from 1999 to 2006. The series, which was primarily set in the West Wing of the White House, was about the fictitious administration of Josiah Bartlet, a fictitious president. Janney’s role as the Press Secretary of the President was hugely appreciated, for which she was nominated for an Emmy Award. The show was a success, not only receiving positive reviews from critics but also winning three Golden Globe Awards and 26 Emmy Awards. Another role for which she has been highly appreciated is of Bonnie Plunket in the American TV series ‘Mom.’ It deals with the emotional story of a single mother dealing with various problems in her life such as alcoholism and drug abuse. Throughout her career, Janney has won various awards such as the Critics’ Choice Television Award for ‘Best Supporting Actress in a Comedy Series’ in 2013. She has also worked as a voice-actor in the famous 2003 animated movie ‘Finding Nemo’ and its 2016 sequel ‘Finding Dory’. 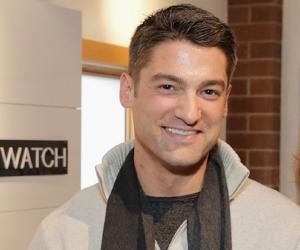 American People
Massachusetts Actresses
Royal Academy Of Dramatic Art
Tall Celebrities
Tall Female Celebrities
Childhood & Early Life
Allison Brooks Janney was born on November 19, 1959 in Boston, Massachusetts, to Jevis Spencer Janney, a real estate developer and a jazz musician, and Macy Brooks, a former actress and a homemaker. She had two siblings.
She attended The Miami Valley School in Dayton and later the Hotchkiss School in Connecticut. After competing her schooling, she studied at Kenyon College in Gambier, Ohio.
It was during her college days that she met the renowned actor Paul Newman and developed a passion for acting. Paul and his wife Joanne used to teach and encourage Allison and soon she started attending the Neighborhood Playhouse School of the Theatre in New York City for further training.
Continue Reading Below
Career
Allison Janney started her career on television in 1991 with a role in the short-lived comedy ‘Morton & Hayes.’ Following this, she did minor roles in several other TV programs such as ‘As the World Turns’ and ‘Guiding Light.’
Her film appearances started with a minor role in the 1989 movie ‘Who Shot Patakango?’ The story focuses on a small group of high school teens in the late 1950s, and events related to their lives.
She appeared in several films in the 1990s, including ‘The Cowboy Way’, (1994), ‘Big Night’ (1996), and ‘Primary Colors’ (1998).
In 1999, she started appearing in the popular award winning American political drama TV series ‘The West Wing.’ The story was about a fictitious president Josiah Bartlet and his administration. Allison’s role as the President’s Press Secretary was appreciated and gained her much recognition. She also won several awards for her amazing skills.
While she found both success and fame on TV, she also continued with her film career. She gave an amazing performance in ‘The Hours’, a British-American 2002 drama film which was directed by Stephen Daldry.
Later she appeared in a 2004 American drama film ‘Winter Solstice.’ The film focused on the efforts of a man trying to build a positive relationship with his sons after losing his wife.
She also played a voice role in the famous animated adventure movie ‘Finding Nemo’ (2003) and its sequel ‘Finding Dory’ (2016). She voiced the starfish Peach in both.
Allison Janney appeared in an important role in the American TV series ‘Mr Sunshine’, which started airing from February 2011.
Her latest works include movies like ‘The Girl on the Train’ (2016) where she plays a police detective, and ‘Tallulah’ (2016), where she plays the role of a character named Margo.
Continue Reading Below
Major Works
Allison’s Janney’s role as the Press Secretary of the President in ‘The West Wing’ was undoubtedly the first significant role in her career. It was an American political drama TV series, which was started broadcasting from 22 September 1999 on NBC. The show ran till May 14, 2006.
The show was a huge success, receiving not only positive reviews from critics, but also three Golden Globe Awards, as well as 26 Emmy Awards. It was also ranked by The Writers Guild of America at No. 10 in its list of ‘101 Best Written TV series.’ This show gained Janney not only a lot of fame and recognition, but also several significant awards.
Janney did a significant role in the 2011 American drama film named ‘The Help.’ The film was based on a 2009 novel of the same name. The film was a success, and received mostly positive reviews. It grossed $216 million worldwide. It won the ‘Screen Actors Guild Award for Outstanding Performance by a Cast in a Motion Picture’ as well.
In 2014, she appeared in ‘The Rewrite’, a romantic comedy. It was written and directed by Marc Lawrence, the American film producer and director. It premiered at the Shanghai International Film Festival on June 15, 2014. It received mostly positive to mixed reviews.
She started appearing in a lead role in ‘Mom,’ an American TV series which started running from 2013. Janney appears as Bonnie Plunkett, a mother who desperately tries to win back the love and trust of her daughter, whom she couldn’t provide with a proper upbringing. The show was a huge hit, receiving mostly positive reviews. For her amazing performance, Janney won the Primetime Emmy Award for Outstanding Supporting Actress in a Comedy Series. The show has gained multiple nominations as well.
Allison Janney’s latest role in the 2016 American thriller film ‘The Girl on the Train’ can be considered one of her latest significant works. The film, in which Janney plays the role of a police detective, follows an alcoholic divorcee who gets involved in an investigation about mission persons. The film grossed $172 million worldwide. It also gained several award nominations. It received mostly mixed reviews.
Awards & Achievements
For her amazing skills as an actress, Allison Janney has won numerous awards throughout her career. Some of these are the Satellite Award in 2011 for Best Cast-Motion Picture for the film ‘The Help’ and the Critics’ Choice Television Award in 2014 for Best Supporting Actress in a Comedy Series for the TV series ‘Mom.’
Personal Life & Legacy
Allison Janney hasn’t married till now. She is reported to be in a relationship with Philip Joncas, an IATSE production coordinator, a man 20 years her junior.
She had a brother who committed suicide after a long fight with addiction. She talked about this during several interviews related to her show ‘Mom.’

See the events in life of Allison Janney in Chronological Order