Alexander the Great, also known as Alexander III of Macedon, was the king of Macedonia from 336 to 323 B.C. He was the conqueror of the Persian Empire and is considered to be one of the greatest military geniuses of all times. Born as the son of Philip II, King of Macedonia, he spent his early years observing the administration of his father and witnessed how the king transformed Macedonia into a great military power. Brave and courageous from an early age, Alexander first displayed his prowess when he successfully tamed an unruly stallion when he was just 12. As a young boy he had the good fortune of being tutored by the great Greek philosopher, Aristotle, who imbibed in Alexander a love for knowledge and stimulated his interest in the fields of science, medicine, literature and philosophy. Alexander ascended the throne at the age of 20 following the assassination of his father. His father had been a great conqueror and being his son, Alexander was determined to take forward his legacy. He embarked on a series of extensive military campaigns and created one of the largest empires of the ancient world by the time he was 30 Image Credit
https://www.youtube.com/watch?v=thlGfdnuW3M
(Past laid the foundations For the world we Live IN!) Ptolemy I Soter
DID WE MISS SOMEONE?
CLICK HERE AND TELL US
WE'LL MAKE SURE
THEY'RE HERE A.S.A.P
Quick Facts

Nick Name: Lord of Asia, Shahanshah of Persia, Pharaoh of Egypt, Hegemon of the Hellenic League, Basileus of Macedon

Macedonian People
Military Leaders
Male Leaders
Cancer Leaders
Macedonian Leaders
Childhood & Early Life
Alexander is believed to have been born on 20 July 356 BC in Pella, the capital of the Kingdom of Macedon. He was the son of the King of Macedon, Philip II, and his fourth wife, Olympias, the daughter of Neoptolemus I, King of Epirus.
As a child he learnt to read, write, ride, fight and hunt as was typical for sons of noble birth in that era. He grew up to be a brave boy and tamed an unruly horse when he was just 12 years old. The horse, named Bucephalas, became his favorite horse and served him for several years.
King Philip asked the great philosopher, Aristotle, to teach Alexander and provided the Temple of the Nymphs at Mieza as a classroom. Aristotle tutored Alexander and the children of Macedonian nobles in subjects like medicine, philosophy, morals, religion, logic, and art. Under his tutelage Alexander also developed a love for literature.
When Alexander was 16, his father left him in charge of the kingdom as a regent while he waged a war against Byzantion. During Phillip’s absence, the Thracian Maedi revolted against Macedonia. In spite of still being a young boy, Alexander responded quickly and bravely drove them away from their territory. 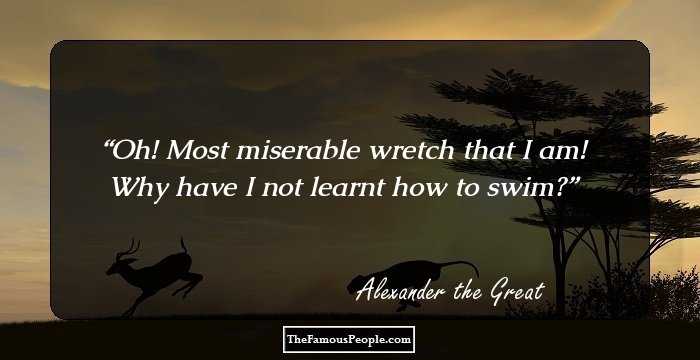 Quotes: I
Continue Reading Below
Ascension & Reign
King Phillip was assassinated by the captain of his bodyguards, Pausanias, in 336 BC. Alexander, just 20 years old at that time, was proclaimed king by the nobles and army.
Upon ascending the throne he set upon eliminating all his domestic enemies and potential rivals to the throne. He and his mother ordered the execution of his cousins and step-siblings who they considered to be threats.
The news of King Phillip’s death sparked a series of rebellion from the Thebes, Athens, Thessaly, and the Thracian tribes north of Macedon. Alexander gathered a Macedonian cavalry of 3,000 and forced the Thessalian army to surrender. He was also successful in defeating the Thracian tribes.
In 334 BC, Alexander the Great led his army in the Battle of the Granicus River fought against the Persian Empire. Displaying great valor and courage he defeated the forces of the Persian satraps of Asia Minor. Following this victory, he accepted the surrender of the Persian provincial capital and treasury of Sardis.
Alexander’s Macedonian army encountered the Persian forces under the command of King Darius III himself at a mountain pass at Issus in northwestern Syria in 333 BC. Even though Darius’ army greatly outnumbered Alexander’s, the conflict, known as the Battle of Issus culminated in a big victory for Alexander.
Following the battle, Alexander captured Darius' wife, Stateira I, his daughters, Stateira II and Drypetis, and his mother, Sisygambis, and treated all the captured women very respectfully.
Alexander entered Egypt in the beginning of 331 BC. He besieged Gaza on his way to Egypt and conquered Egypt very easily. In Egypt he founded Alexandria-by-Egypt, a city designed as a hub for Greek culture and commerce.
Alexander and his army marched into India in 327 BC, launching a campaign into the northwestern Indian subcontinent (present day Pakistan). By this time he had become very ambitious and desired to conquer the entire known world, which the Greeks thought ended in north-western India.
The greatest of Alexander's battles in India was the Battle of the Hydaspes River against King Porus of the Paurava kingdom on the banks of the Hydaspes River in Punjab in 326. The Macedonians emerged victorious and annexed Punjab.
He wanted to advance further in India and forged eastward to the Ganges where the Nanda Empire of Magadha was situated. However, his army was exhausted by years of fighting and refused to march further. In response to the pleadings of his general Coenus, Alexander decided to return home.
Back in Babylon, Alexander began making plans for a series of new campaigns. But he never got the chance to embark on another campaign as he died shortly afterwards. 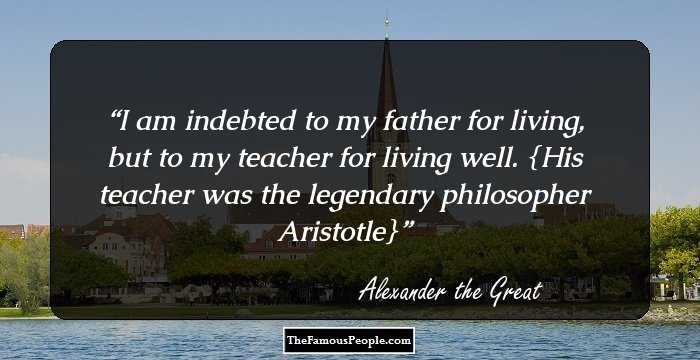 Quotes: Living, I
Major Works
Alexander the Great is considered one of history's most successful military commanders and is credited to have created one of the largest empires of the ancient world. He led the Greeks in the conquest of Persia, and after warring for several years finally overthrew the Persian King Darius III and conquered the Achaemenid Empire.
Personal Life & Legacy
He fell in love with Roxana, daughter of the Bactrian nobleman Oxyartes, and married her. He had another wife, Stateira II, a Persian princess and daughter of Darius III of Persia, who he married for political reasons. In addition to his wives he had several other female companions. Roxana gave birth to his son a few months after his death.
Alexander died in the palace of Nebuchadnezzar II in Babylon at age 32 in June 323 BC. The details surrounding his death are obscure. One account states that he developed a fever after a night of drinking and died as a result after some days. According to another account he became weak after drinking unmixed wine and died in agony. 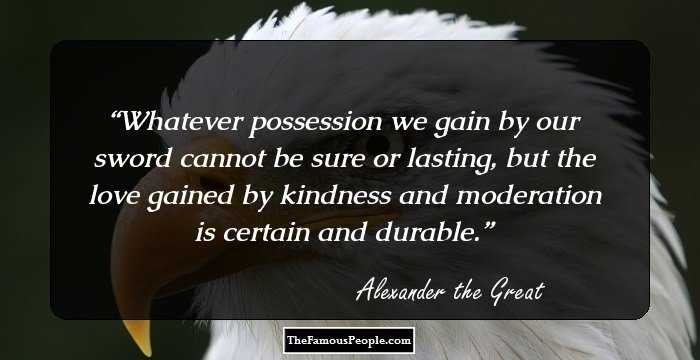 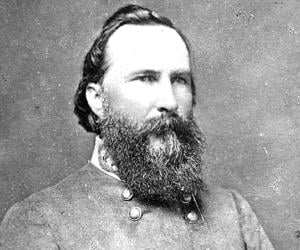