Albert Namatjira was an Australian painter renowned for his portrayal of Australian bush. He was raised in a mission away from his family where he grew up in accordance to western style. He used to escape from the confines of the mission and explore the Australian bush. He dwelled in the greenery and the mountains of the bush for months. This nurtured artistic aesthetics within him and he sketched the panoramic beauty of the bush in his leisure time. He was acquainted with the western style painting when he attended an exhibition of stalwart painters held at the mission. Later, when one of those painters Rex Battarbee desired to paint the bush, Albert accompanied him and guided him through the bush. This journey proved beneficial for him as Rex gave him lessons on the use of water colours. Owing to the affinity Albert had for painting and the closeness he shared with the bush, he soon emerged as an excellent painter and covered the canvas with resplendent landscapes. He created paintings which had minute details and even the tweaks of trees were carved with perfection. He set a contrast between the background displaying huge mountains which stood in contrast to the beautiful grasslands, trees and flowers. His paintings were highly appreciated by critics as well as viewers Edmond Aman-Jean
Artists #268
Artists & Painters #346
28th July In History
DID WE MISS SOMEONE?
CLICK HERE AND TELL US
WE'LL MAKE SURE
THEY'RE HERE A.S.A.P
Quick Facts

Australian Celebrities
Australian Men
Australian Artists
Leo Artists & Painters
Male Artists & Painters
Childhood & Early Life
He was born on 28th July, 1902, in Hermannsburg Lutheran Mission, Australia, and named Elea. However, after his parents converted into Christians, his father was baptised Jonathan, his mother Emilie and he was renamed as Albert.
Early years of his life were spent at the mission, where he was trained in leatherwork, carpentry, blacksmithing and saddlery. He lived in the mission, away from his parents in accordance to the rule s of the mission.
In his early teenage, he left the mission and went to the Australian grasslands commonly known as the bush where he was inducted into the Arrernte community. The landscape of the bush impacted him immensely which was later visible in his artistic works.
After their marriage, he did not return to the mission and got employed at a cattle station where he was engaged in various kinds of works.
He went back to the mission with his family and in 1934, an exhibition was held at the mission where he encountered western-style painting.
In 1936, he was Rex Battarbee, one of the painters whose works were exhibited in the mission, revisited the bush to capture the landscape in his canvas. In this venture, Albert helped the artist and Rex in return taught him the use of watercolours. Namatjira grasped the art of painting and in no time gained proficiency in it.
Continue Reading Below
You May Like

Who Is The Most Popular BTS Member?
Career
He started portraying the Australian bush in the canvas which depicted the landscapes with minute details, which gained immense popularity among Europeans as they followed western art.
His first exhibition was organized in Melbourne in 1938. This was followed by exhibitions held in Adelaide and Sydney which earned him recognition as an artist and turned immensely successful. He embarked on his career as painter and created artistic pieces which were sold rapidly.
During 1930s he created several paintings such as ‘Central Australian Landscape’, ‘Ajantzi Waterhole’ and ‘Red Bluff’.
The following decade, he delineated the Australian evergreen tree ‘ghost gum’ in his series of paintings ‘Ghost Gum Glen Helen’ (c.1945-49). He was skilled in detailing trees with minuteness. All these paintings made his name and fame spread far and wide and he even turned rich with his art.
With every painting he grew better as an artist and excelled in his profession. His painting named ‘Mt Hermannburg’ was regarded by many to be as graphic as a photo clicked by a camera. Two years after portraying this picture, this talented artist died.
Major Works
He was a detail oriented painter and landscapes of Australia seemed lively even in his paintings as they are in real. Some of his best known paintings such as ‘Central Australia Landscape’, Red Bluff’ and ‘Central Australian George’ are about the greenery of the Australian bush and the varied trees and mountains which stand in contrast to each other.
Awards & Achievements
Queen Elizabeth II, was one of the admirers of his creative art and in 1953, he was honoured with the ‘Queen's Coronation Medal’, and the following year, he even got an opportunity to meet the queen in the capital city Canberra.
Personal Life & Legacy
He often left the mission and embarked into his journey into the bush. During such visits he also met his future wife Ilkalita who did not belong to his tribe and as such their marriage would not be approved by the tribes.
In 1920, when he was eighteen years old, he eloped with Ilkalita and married her. Some years later, he went back to the mission with his wife and children, and his wife was christened as Rubina, after which their marriage was approved. His children were also christened as Oscar, Enos and Maisie.
He amassed a huge amount of wealth and as a result he had to take care of many individuals who belonged to his tribe and who were not well off.
He suffered a cardiac arrest and was sent to the ‘Alice Springs’ hospitals and on 8th August,1959, he breathed his last at the hospital.
Trivia
This remarkable painter, with his splendid creations, secured a place in the ‘Who’s Who in Australia'.
You May Like

See the events in life of Albert Namatjira in Chronological Order 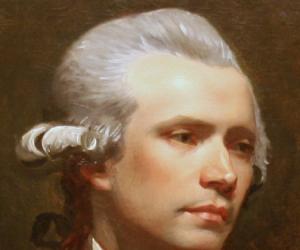