Alana Martina dos Santos Aveiro is the daughter of Portuguese footballer, Cristiano Ronaldo dos Santos Aveiro, and Spanish model, Georgina Rodríguez. Alana was born nine days before the due date in a hospital in Madrid. She is Ronaldo’s fourth child and second daughter and Rodríguez’s first child. Her father is unarguably one of the most popular footballers in the world and like her siblings, Alana has been subjected to much media and public frenzy since her birth. Numerous articles have been published about her all over the world and the fans of her parents have set up multiple social media accounts on which they post pictures and videos of the little girl. At present, she lives in Turin, Italy, with her parents. Eva Maria dos S...
DID WE MISS SOMEONE?
CLICK HERE AND TELL US
WE'LL MAKE SURE
THEY'RE HERE A.S.A.P
Quick Facts

Alana was born on November 12, 2017, in Madrid, Spain. After her birth, Ronaldo posted a picture on his Instagram account with a caption that read, “Alana Martina is just born! Both Geo and Alana are doing great! We are all very happy!" She has three half-siblings, a half-sister named Eva Maria Dos Santos, and 2 half-brothers named Mateo Ronaldo and Cristiano Ronaldo Jr. Cristiano Jr. is the oldest and was born on June 10, 2010. Ronaldo has revealed that he has full custody of his son and will not expose the identity of his mother in accordance with an agreement with her. He also has not spoken about whether Cristiano Jr. was born of a relationship or surrogacy. Eva and Mateo are twins and were born on June 8, 2017, in the United States of America via surrogacy. In April 2022, Georgina Rodríguez and Cristiano Ronaldo announced the birth of their twins, a girl, and a boy. However, a few days later, the couple revealed that their newborn son had tragically passed away. They named their daughter Bella Esmeralda.

Rodríguez gave birth to Alana nine days prior to the due date. At the time, Ronaldo was playing for Real Madrid, a Spanish professional football club based in Madrid. In 2018, he entered into a €100 million contract with Juventus, an Italian professional football club. Ronaldo subsequently relocated his family to the Italian city of Turin where Alana presently resides.

Alana’s parents Ronaldo and Rodríguez reportedly met in the VIP area of a Dolce & Gabbana event. They began dating sometime in late 2016. Prior to her relationship with Ronaldo, Rodríguez was employed at a Gucci store in Madrid. She is originally from Jaca, which is a city located in northeastern Spain. Her father, Alana’s maternal grandfather, Jorge Rodriguez, was reportedly convicted of cocaine trafficking.

Alana’s paternal grandparents are the late José Dinis Aveiro and Maria Dolores dos Santos Aveiro. José worked as a municipal gardener and part-time kit man while Maria was a cook. She has one uncle, Hugo, and two aunts, Elma and Liliana Cátia "Katia", on her father’s side. Her family is Catholic.

In October 2018, Alana’s father was accused of rape by American model Kathryn Mayorga. According to some sources, Ronaldo had allegedly raped Mayorga at a Las Vegas hotel in 2009. Ronaldo subsequently came out, categorically denying the allegations, calling them “fake news”. As for Rodriguez, she has expressed her support for Ronaldo. 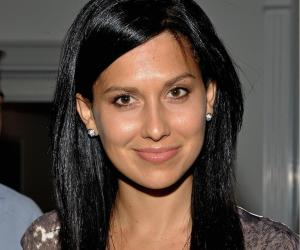 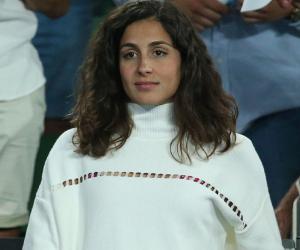