Advanced Search
Alan Jay Lerner was an American librettist and lyricist who along with Frederick Loewe created some of the most renowned and enduring works of musical theatre. He started his musical career by creating lyrics for Harvard University’s Hasty Pudding musical show. Together with Loewe, he created several successful musicals. They achieved their first success with the musical Brigadoon, which bagged the New York Drama Critics Circle award for best musical. Some of their successful musical works include The Patsy called Life of the Party and What’s Up? Their joint work that received wide acknowledgement was My Fair Lady. In New York itself a total of 2,717 performances of this musical were staged. After their split, Alan also worked with Kurt Weill and Burton Lane. He was credited for the creation of more than 500 radio scripts. He was the script writer of An American in Paris, an American musical film. His autobiography, The Street Where I Live, is a vivid account of his and Loewe’s successful collaborations on My Fair Lady, Gigi and Camelot. His representation of the history of theatre in his book The Musical Theatre: A Celebration is an interesting description full with personal anecdotes which also reflects his witty personality. American Celebrities
American Men
New Yorkers Musicians
Harvard University
Virgo Musicians
Childhood & Early Life
He was born in New York City to father Edith Adelson Lerner and mother Joseph Lerner who were prosperous retailers. His brother Samuel Alexander Lerner set up and owned Lerner Stores, a renowned retailer of women’s fashions and accessories.
He attended Bedales School in England. Later, he took admission at The Choate School in Wallingford, Connecticut where John F. Kennedy was his classmate. During this period he created The Choate Marching Song.
During the summer of 1936 and 1937, he attended the Julliard School of Music, New York City. In 1938 and in 1939, he created lyrics for Hasty Pudding musical show at Harvard. In 1940, he completed his graduation from Harvard. 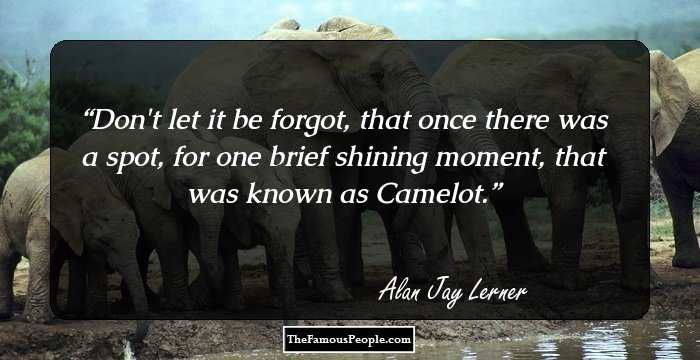 Continue Reading Below
Career
From 1940 to 1942, he wrote above 500 radio scripts. In the initial days of his career, he wrote Your Hit Parade which continued until he met Austrian composer Frederick Loewe in 1942.
Together, they did a musical collaboration of Barry Connor's farce The Patsy called Life of the Party in 1942, for a Detroit Stock Company which enjoyed a nine week successful run.
The duo also joined hands with Arthur Pierson for What’s Up?. This ran for 63 performances and was followed by The Day Before Spring which led to establishing one of the most successful partnerships of Broadway.
In 1947, the first hit of this partnership was Brigadoon which was followed by Paint Your Wagon. It was less successful. Lerner also worked with Kurt Weill on a stage musical show - Love Life in 1948.
In 1951, he worked with Burton Lane for the movie Royal Wedding. In the same year, he wrote the script for An American in Paris. Produced by Arthur Freed and directed by Vincente Minnelli, it won an Oscar award.
In the year 1956, Lerner and Loewe unveiled My Fair Lady which hit the box office records in New York and London and its filmy adaptation won eight Oscars. This film was translated into 11 languages.
Their next project was a musical film Gigi, based on the story of Colette, a French novelist. The film went on to win all of its nine Oscar nominations and a special Oscar for one of its co-stars.
In 1960, they worked for Camelot whose director was Moss Hart. On account of the death of Hart shortly after the show’s premiere, problem developed between Lerner and Loewe regarding the direction of the show and they split after this show.
After creating a number of musicals, he collaborated with Burton Lane to produce the musical, On a Clear Day You Can See Forever in 1965. This work of Lerner was adopted for a film in 1970.
In 1974, he and Fritz Loewe worked on the musical version of The Little Prince by adopting the children’s story by Antoine de Saint-Exupery. The film failed to get success. 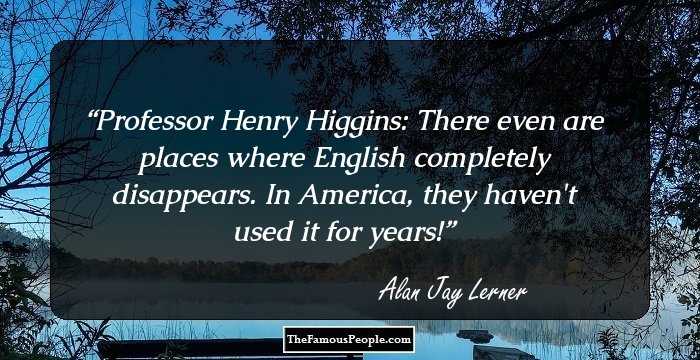 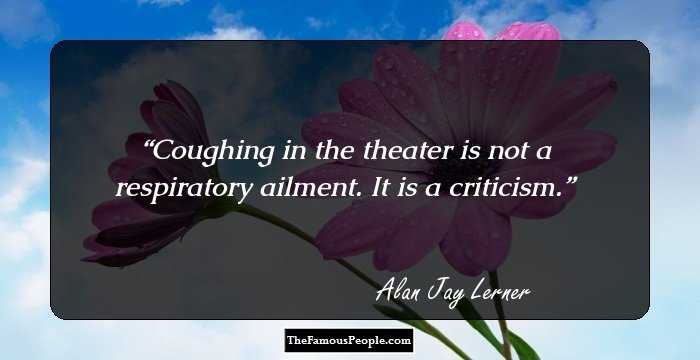 Trivia
During his student life at Harvard, he lost the eye sight of his left eye as a result of an accident in a boxing match. Due to this he could not serve in the World War II. He was also well known for his sense of humor.
It was known that he was careless about his family and wives during his involvement in shows. For a number of years, he was under Methedrine treatments, prescribed by a doctor.
According to many sources, divorces cost him much of his wealth, but many others say Lerner himself was responsible for his financial mess.