Adolf Dassler was a German cobbler, inventor and entrepreneur who established one of the biggest sportswear companies in the world – Adidas. Before he founded Adidas, he had co-founded a sports shoe manufacturing company with his elder brother Rudolf Dassler. The two worked together for more than two decades. However, disagreements between the brothers led to their separation and they established their own companies – Adidas by Adolf and Puma by Rudolf. An innovative shoe designer with keen interest in sports, Adi Dassler realised early that, for better performance, each sport requires specifically designed shoes for athletes. His interactions with sportspeople not only gave him enough feedback to improve his products but also made him an early promoter of endorsements from athletes (like Lina Radke and Jesse Owens) which eventually led to increased sales of his products. By the time he died in 1978, he had successfully managed to make Adidas the largest manufacturer of sportswear equipment in the world. 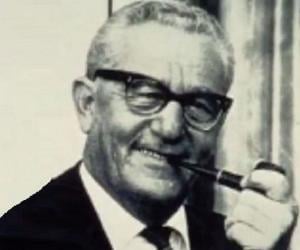 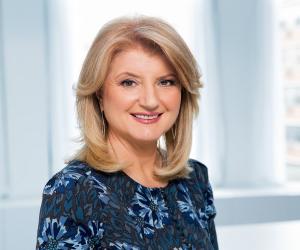 Adolf Dassler was born on 3 November 1900, in Herzogenaurach, Germany, as the youngest child of Christoph and Pauline Dassler. He had two brothers—Fritz and Rudolf—and a sister — Marie.

Though Christoph belonged to the family of weavers and dyers, he left the profession after the decline of textile industry. He turned towards cobbling and joined a local factory.

Pauline established a laundry service at the back of the house. While Marie helped in laundry, the three brothers were responsible for transporting it to and from the clients.

After finishing his high school in 1913, Adolf began working as an apprentice at a bakery; however, he had absolutely no interest in the job.

Instead, with his friend Fritz Zehlein, he took interest in sports and spent much of his spare time participating and competing in sports like track and field, soccer, ice-hockey, javelin, and skiing.

During this time, he also learnt shoe making from his father. He began to realise that each sport may require a specially designed shoes for better results.

Between June 1918 and October 1919, Adolf Dassler served in the army. Upon return, he turned his mother’s laundry room (now closed) into a small shoe workshop. The situation, post war, was not good and there were problems regarding supply of material, credit and electrical service in Germany.

An innovative person, he used materials originally meant for military use –like helmets and bread pouches - to make his shoes and resorted to jury-rigging available devices to help mechanized production.

Initially, he earned money by repairing shoes of the local people. He also experimented with new shoe models. The shoes impressed the area’s sports club and consequently he bagged numerous orders.

In 1923, his elder brother Rudolf joined the business and their company named Gebrüder Dassler Sportschuhfabrik (Dassler Brothers Sport Shoe Factory) was commercially registered a year later. The two brothers managed areas they excelled in – Adolf in developing shoes and Rudolf in sales and marketing.

By 1926-1927, the business, having grown considerably, moved to a new bigger factory with new machineries and increased staff member.

The period also saw a friendship developing between Adolf Dassler and the then German Olympic track-and-field team coach, Josef Waitzer. The latter began giving consultation and feedbacks for product development. The friendship also brought Adolf in contact with both German and foreign players.

The increased demands led to the opening of a new factory in Herzogenaurach in 1938. However, the beginning of World War II negatively impacted the business. The production fell down and Adolf Dassler was drafted to work as a radio operator for the military for a brief period between 1940 and 1941. The new factory had to be closed down.

The company produced shoes for the German army, though it still continued limited production of sports shoes.

During this time, personal and professional disagreements between Adolf and Rudolf began to widen. Situation became worse when Rudolf was drafted into the military in 1943. Later the same year, as per a government directive, the Dassler factory had to stop manufacturing shoes and instead produce weapon parts.

After the war, the denazification proceedings further created irreparable breach between the brothers. Adolf was classified as a Nazi party member and prohibited from owning a business; however, testimonies from his employees and other citizens (including a Jew) reduced his charges. In 1947, he was re-granted the ownership of the company.

The two brothers eventually split in 1948 and Rudolf founded his own company Puma.

Meanwhile, Adolf named his new company Adidas and made the now recognisable three stripes its logo. Adolf’s wife, Kathe, became more involved in the business and played a crucial role in the success of the company.

Adidas prospered firmly. Adolf and Kathe developed relationship with sports personalities around the world due to which Adolf further enhanced his understanding of needs of different sports.

Accordingly, he manufactured shoes suitable for sportsmen in different fields like track and field, football, tennis, basketball and even shooting.

In 1954 football world cup final, the German national team unexpectedly defeated the Hungarians, something which came to be known as the Miracle in Bern. Credit for the win was also given to Adolf’s screw in studs football boots worn by the players. The big win made Adidas extremely popular at international level.

In the early 1950s itself, Adidas began making sports bags, the first for the company which up till now was only involved in shoe making.

In 1959, a new factory came up in France and was managed by Adi Dassler’s son, Horst.

At the time of his death, Adidas was the biggest sporting good producer. His wife and son took charge of the business after his death.

Adolf Dassler was recognised for his work on numerous occasions. He was awarded the German Order of Merit, First Class (1968), the Bavarian Order of Merit (1974) and became the first non-American to be inducted into National Sporting Goods Industry Hall of Fame (1978).

In 2006, a life size bronze statue of him was unveiled in the Adi Dassler Stadium in Herzogenaurach.

See the events in life of Adolf Dassler in Chronological Order 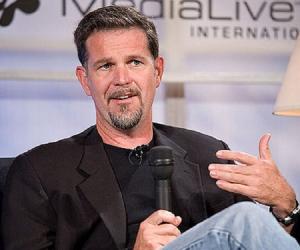