(CEO of the Serum Institute of India)
Advanced Search

Adar Poonawalla is an Indian businessman and the current chief executive officer of the popular biotechnology and biopharmaceuticals company, Serum Institute of India. The company is currently the largest vaccine manufacturer in the world in terms of number of doses produced and sold. Adar Poonawalla is credited with playing an important role in acquiring a Netherlands-based vaccine manufacturing company called Bilthoven Biologicals. He also helped his company generate a large chunk of its revenues from overseas by exporting its products to more than 140 countries. Over the course of his career, Adar Poonawalla has received several prestigious awards, such as GQ Magazine's Philanthropist of the Year award. He has also been playing an important role in fighting the Covid-19 pandemic by supplying large quantities of Covishield vaccine to the world. The vaccine is currently being produced by Serum Institute in India. 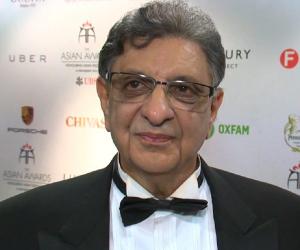 Indra Nooyi
CEOs #270
Business People #1048
DID WE MISS SOMEONE?
CLICK HERE AND TELL US
WE'LL MAKE SURE
THEY'RE HERE A.S.A.P
Quick Facts

Adar Poonawalla was born on 14 January 1981 in Pune, Maharashtra, India, to Cyrus S. Poonawalla and Villoo Poonawalla. He attended The Bishop's School in Pune before enrolling at the St Edmund's School Canterbury in Canterbury, Kent, England. After graduating from St Edmund's School, he went on to attend the University of Westminster from where he earned his bachelor's degree. In 2001, he joined Serum Institute of India, which was founded by his father in 1966, and started working towards expanding the company. Although the company was already exporting its products to 35 countries, Adar Poonawalla wanted to expand its international market. He also initiated negotiations with the World Health Organization (WHO) and became successful in supplying the company's products to United Nations Agencies like the Pan American Health Organization (PAHO) and the United Nations Children’s Emergency Fund (UNICEF).

Adar Poonawalla took over as the chief executive officer (CEO) of Serum Institute of India in 2011. The following year, he played a key role in the acquisition of Bilthoven Biologicals. In 2014, he initiated and launched his company's oral polio vaccine, which was widely accepted before becoming a bestseller for Serum Institute. By 2015, he had become successful in expanding the company's international market; the company started generating 85 percent of its revenues from overseas as it exported its products to more than 140 countries around the world. In 2017, he became successful in acquiring Praha Vaccines Limited, a unit of Czech Republic-based vaccine maker Nanotherapeutics Inc.

Adar Poonawalla has been playing an important role in supplying large quantities of Covishield in India and around the world. Developed by Oxford-AstraZeneca, the vaccine is being produced by Serum Institute of India. Poonawalla made headlines in 2021 when he left India for London amidst threats demanding Covishield vaccine. He also stated that he will start producing vaccine for Covid-19 outside India apart from the ongoing production in India. He is also one of the board members of a global vaccine alliance called Gavi, the Vaccine Alliance. On 31 May 2021, he was made the chairman of a financial services company called Magma Fincorp. A visionary, Adar Poonawalla aims at further expanding Serum Institute of India’s international market. He is also working on producing vaccines for flu, dengue, and cervical cancer.

Adar Poonawalla has received several prestigious awards for his work and humanitarian efforts. In 2016, American international men's magazine GQ honored him with the Philanthropist of the Year award. In 2017, he was honored with the Humanitarian Endeavour Award at the Hall of Fame Awards. The same year, he was also named Indian of the Year by CNN-News18 under the CSR Business category.

In 2018, the then-Chief Minister of Maharashtra Devendra Fadnavis honored Adar Poonawalla with the Business Leader of the Year award at the prestigious ET Edge Maharashtra Achievers Awards. The same year, he was also honored by CNBC Asia with an award under the Corporate Social Responsibility category. In 2020, he was named in the 40 Under 40 list under Fortune magazine's healthcare category. The following year, he was named Entrepreneur of the Year by the leading Indian newspaper Economic Times.

Adar Poonawalla fell in love with fashion enthusiast and businesswoman Natasha Aurora after meeting her at a new year's party hosted by Vijay Mallya. They got married in 2006 and were blessed with their first son Cyrus Poonawalla in 2009. In 2015, the couple was blessed with their second son Darius Poonawalla. His wife serves as the chairperson of the Villoo Poonawalla Foundation, which was set up in memory of his mother Villoo who passed away in 2010. 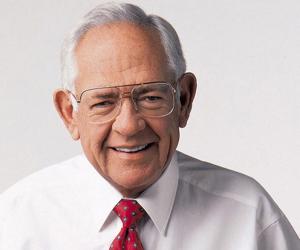