Advanced Search
Abdullah bin Abdulaziz Al Saud was the King of Saudi Arabia from 2005 to 2015 and the third wealthiest head of state in the world. He was also the custodian of Two Holy Mosques during his reign and served as the Prime Minister of the Council of Ministers and Commander of the National Guard. Born as one of the many sons of Saudi Arabia's founding king, Abdulaziz Ibn Saud, he developed a profound respect for religion, history and the Arab heritage from an early age. He was chosen by King Faisal to command the National Guard and later became the Second Deputy Prime Minister upon the succession of King Khalid. When King Fahd ascended the throne, Abdullah was named Crown Prince and Deputy Prime Minister, next in the line of throne. After King Fahd suffered a massive stroke in 1995, Abdullah assumed the role of the de facto ruler of Saudi Arabia until ascending the throne a decade later, after King Fahd’s death. In 2005, Abdullah Bin Abdulaziz Al Saud became the King of Saudi Arabia and ruled in his own right until his death. As the King, he played a leading role in promoting dialogue among the world’s leading faiths and also sought to resolve conflicts in the Arab and Islamic world. He had 30 wives and fathered 35 children. He encouraged large-scale infrastructural development in Saudi Arabia and worked for regional peace, stability and security during his reign Khalid of Saudi...
1st August In History
DID WE MISS SOMEONE?
CLICK HERE AND TELL US
WE'LL MAKE SURE
THEY'RE HERE A.S.A.P
Quick Facts 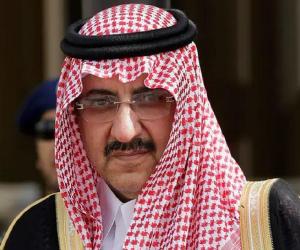 Saudi Arabian Celebrities
Saudi Arabian Men
Leo Leaders
Male Leaders
Saudi Arabian Leaders
Childhood & Early Life
Abdullah was born on August 1, 1924, in Riyadh, Saudi Arabia, to King Abdulaziz, and his eighth wife, Fahda bint Asi Al Shuraim, a member of the Al Rashid dynasty. He had between fifty and sixty siblings.
Abdullah lost his mother at the age of six and also had a speech impediment as a child. He received his early education at the Royal Court at the Princes' School from religious authorities and intellectuals. 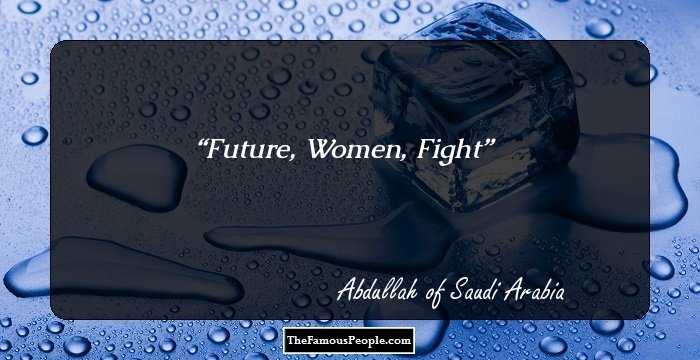 Continue Reading Below
Career
In August 1962, Prince Abdullah was appointed as the commander of Saudi National Guard (SANG). The National Guard's duties include providing security for the royal family, preventing coups, and guarding the Muslim Holy Cities of Mecca and Medina.
In March 1975, King Khalid appointed Abdullah as second deputy prime minister, which made him the second in line of succession to the Saudi throne.
After the death of King Khalid in 1982, Fahd bin Abdulaziz ascended the throne and Prince Abdullah became the Crown Prince. He was promoted to the post of Deputy Prime Minister while retaining his position as head of the National Guard.
In December 1995, when King Fahd suffered from a series of strokes, Abdullah acted as regent for his brother for the next nine years, although Fahd and his associates still exercised their powers.
On August 2, 2005, Abdullah formally ascended the throne upon the death of his half-brother, King Fahd.
After ascending the throne, he emphasized on development. He initiated a range of major economic, social, education, health, and infrastructure projects which brought about remarkable changes throughout the Kingdom.
From 1963 to 2010, King Abdullah was Commander of the Saudi National Guard. He also served as the Chairman of the Saudi Supreme Economic Council until 2009.
He continued to be the President of the High Council for Petroleum and Minerals, President of the King Abdulaziz Center For National Dialogue, Chairman of the Council of Civil Service, and head of the Military Service Council until his death in 2015. 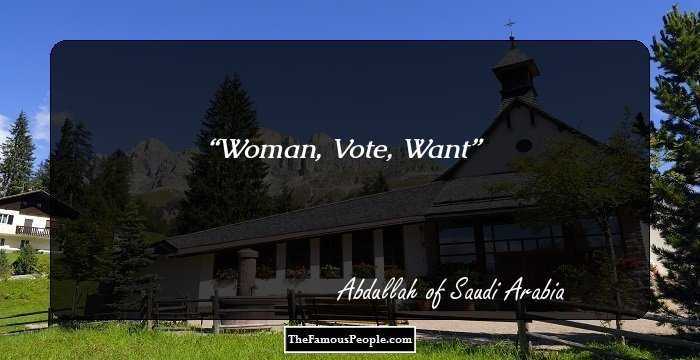 Continue Reading Below
Major Works
After ascending the throne in 2005, King Abdullah initiated a large-scale infrastructure development in Saudi Arabia including the creation of the King Abdullah University of Science and Technology.
He supervised the ventures to expand the Two Holy Mosques and several other welfare projects. He also established two major libraries in the Muslim world, one in Riyadh, and another in Casablanca, Morocco.
Awards & Achievements
In April 2012, King Abdullah received a gold medal from United Nations for his contributions to intercultural understanding and peace initiatives.
In December 2012, he was ranked at the seventh position on the Forbes list of the ‘World's Most Powerful People’ for 2012. He was the sole Arab in the top ten.
He was conferred an honored knight of the strictly Roman Catholic Order of the Golden Fleece. 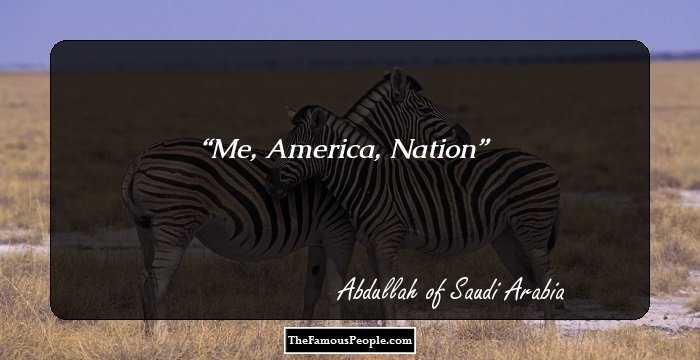 Personal Life & Legacy
King Abdullah had about 30 wives which included daughters of the al Shalan of Anizah, al Fayz of Bani Sakhr, and al Jarbah of the Iraqi branch of the Shammar tribe.
He became the father of about 35 children through his many wives. His eldest son is Prince Khalid, born in 1950, while his youngest son is Prince Badr, born in 2003.
Between 2010 and 2012, he underwent four back surgeries. On January 2, 2015, King Abdullah was hospitalized for pneumonia and passed away on January 23, 2015, at the age of 90, in Riyadh, Saudi Arabia.

Faisal I of Iraq
(Saudi Arabian)