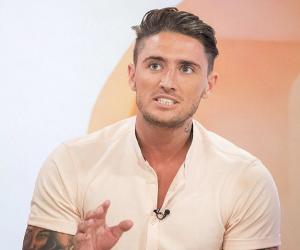 Who is Aaron Chalmers?

Aaron Chalmers is an English reality personality, best known for MTV reality series ‘Geordie Shore’. He featured in the eighth season of the reality show, a spinoff from the famous and successful American show, Jersey Shore. Having been featured in two of most popular reality television shows on UK television, Aaron has acquired a sizable following on popular social media sites like Twitter and Instagram. Over 2 million followers are hooked onto his Instagram feed to drool over his hot bod and figure out how to achieve his net worth of over 800,000 GBP.

This colorfully tattooed cast member of the show is an accomplished charmer and got on very well with all the house mates. He has a mesmerizing effect on the female members of the cast who are drawn to his strong and rebel-like persona. He has had open affairs with quite a few women during his stint in the reality show. He is one of the most popular characters on the show and majority of his following comprises of women. Male Reality Tv Personalities
Briton Reality TV Personalities
British Film & Theater Personalities
Gemini Men
Career
Before being selected for Geordie Shore, Aaron Chambers held various extreme jobs like being a bartender in a topless bar and working in an offshore oil rig! With such a repertoire of careers behind, no wonder Aaron would be the perfect choice for a wild show like Geordie Shore.
He started out in 2014 with the show’s 8th season and debuted together with fellow housemate, Kyle. He has been friends with main Geordie Shore housemate, Gaz, outside the show and had a relationship with Holly Hagan previously (he made a brief appearance in season 2 as Holly’s date). His entry created quite the stir in the house with him locking horns with veteran Scotty T quite a few times. Scotty is his prime competitor as the house ladies’ man and instantly got on with one season old Marnie Simpson. The relationship didn’t last and Aaron moved on to other interests soon.
He also featured in the latest ‘Ex on the Beach season 6’, as the ex of not one, not two, but three gorgeous ladies Maisie Gillespie, Zaralena Jackson and Nicola Bass.
He is currently waiting for his debut as a serious Mixed Martial Arts performer at the Birmingham Mixed Martial Arts Tournament in Birmingham, UK in May 2017.His official sponsor is One Athletic, premiere sports clothing and accessory brand.
You May Like

The Best Black Actresses Of All Time
Continue Reading Below
Behind The Curtains
Not much is known about Aaron’s background in terms of family and education. After school, he had worked at a topless bar and at an offshore oil rig. He is a body art enthusiast and has spent over 12,000 GBP over an elaborate tattoo covering his torso and hands. It’s colorful and sexy as hell. Add with the tattoo his passion for dangerous sports like Mixed Martial Arts and if you are still wondering why girls are going gaga over this chap, then one clue for you, “Girls love the badass boys!”
Point in hand is the endless list of ladies with whom this blue-eyed boy has hooked up. His relationship with Maisie Gillespie is quite known as the two dated from 2012 till 2015. They broke up over a misunderstanding and couldn’t patch things up.
Next on the list is his frequent on-screen hookups with Geordie Shore co-star Marnie Simpson. The relationship did not last but the two costars have remained close friends with Aaron standing up for Marnie after her very public, ugly breakup with ‘The Only Way id Essex’ star Lewis Bloor.
His relationship with DJ and Model Lauren Pope was quite the news for some time in the British media. Ex-girlfriend Marnie cast a shadow of doubt over the whole thing by calling it a ‘Showmance’, but Aaron and Lauren proved her wrong. Yet the relationship did not last and the couple split reportedly after spending a really bad holiday together.
Currently, Aaron is rumored to be pursuing Danielle Scott, a model from Essex, England. 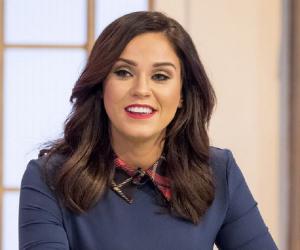