Zachary Smith is a social media personality, best known for his comedy, story time, reaction, and challenge videos, which he posts on his self-titled YouTube channel. His channel has amassed more than 1.69 million subscribers. He is also popular on Instagram where he has accumulated more than 260,000 followers. He has over 2.4 million fans on TikTok (Musical.ly). He posts stylish pictures and selfies of himself, ocassionally wearing eyeshadow on the photo and video-sharing application. He is often addressed as Zach by his fans. He is loved for his sense of humor and the way he talk. His most famous video series on YouTube is titled If I was in. A couple of funny videos that Zachary posted on his channel were later featured in the popular American television series, America’s Funniest Home Videos. He began posting to TikTok when he was fifteen years old. Sarah Dorothy L...
DID WE MISS SOMEONE?
CLICK HERE AND TELL US
WE'LL MAKE SURE
THEY'RE HERE A.S.A.P
Quick Facts

Zachary Smith wanted to be famous right from his childhood. He wanted to realize his dream of being surrounded by his fans. During his school days, Zachary was popular among his friends, for he always had something funny to share. He had this knack of making even an ordinary story sound interesting and funny.

When Zachary Smith expressed his desire of wanting to be famous to one of his friends, the latter asked him to post videos online. His friend was confident that his stories, if posted online, would reach a wide audience. Zachary liked the idea as it sounded sensible and simple. He then created a self-titled channel on YouTube and started posting videos. His channel has amassed more than 1.69 million subscribers. His first post was a funny video, which was shot at a bowling alley. The video was later included in one of the episodes of the famous TV series, America’s Funniest Home Videos.

He then posted a host of funny videos, before posting videos belonging to various other genres. Thereafter, he posted a reaction video in which he reacted to a few scary videos that had gone viral on the internet. In his first story time video, Zach spoke about his paranormal experience. In another story time video, he explained how he was scared by a group of girls. Initially, he thought the girls were his stalkers, but later realized they were his fans.

In a couple of his story time videos, Zachary Smith has spoken about his experiences of being stalked. He also posted a video in which he named a few YouTubers whom he hates. In the video, Zachary named a couple of fashion vloggers and also went on to mock them. Zachary has also posted a few videos related to makeup.

Zachary Smith has also posted a video regarding his sexual orientation. In the video, he speaks about people’s reaction about him being gay. One of the most popular video series on Zachary’s YouTube channel is titled If I was in. In the video series, he imagines himself as the characters of popular teen television shows and movies, and enacts his version of the story. These videos are based on shows and movies, such as Hannah Montana, It, Mean Girls, etc.

On many occasions, his fans have requested him to post cookery videos. He had posted a few of them on his Instagram account, zachwtflmao. Those videos became popular and his fans wanted more of them. Zachary was happy to oblige his fans as he posted a few cookery videos on his YouTube channel.

No matter what he posts, his videos end up being funny which actually works in his favor. Zachary’s unique way of explaining things can turn any video into a laugh riot, irrespective of its content. On many occasions, Zachary has collaborated with his friend and fellow YouTuber, Anastasia Bruzzi.

Zachary Smith was born on February 28, 2002, in Florida. He grew up along with his sister, and graduated from high school in Florida. Zachary has not spoken much about his parents.

Zachary Smith owns a cat named Mittens. He posted a video in which Mittens took the liberty of relieving itself on Zachary while he was filming a vlog. 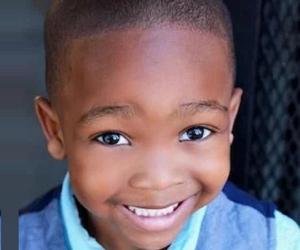