Nicholas Ireland is a Vietnamese-American YouTuber. He is best known as one half of the duo behind the YouTube channel ‘Ireland Boys Productions’, the other half being his brother Ricky. The duo posts fun pranks, epic fort videos, crazy food challenges, weird overnight challenges, etc. on their channel. Nicholas and his brother also run a second channel titled ‘Ireland Boys’ on which they upload vlogs, behind-the-scenes videos and other fun content. Both of the YouTuber’s channels are doing great and have substantial fan following. While his main channel has earned more than 1.7 million subscribers, his second channel holds over 980k subscribers. The social media influencer has a decent fan following on other social platforms as well. Nicholas, who often spends time filming with his brother, is a fun-loving guy. His primary goal in life is to entertain people and bring joy to them. In his free time, the YouTube star can be seen hanging out with his brother and good friends. Stephen Yeager
7th September In History
DID WE MISS SOMEONE?
CLICK HERE AND TELL US
WE'LL MAKE SURE
THEY'RE HERE A.S.A.P
Quick Facts 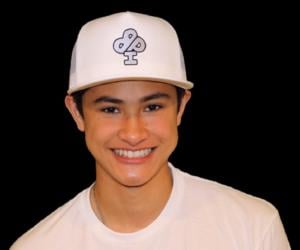 American People
Vietnamese People
American Men
Vietnamese Men
Virgo Youtubers
Male Youtubers
Rise to Stardom
Nicholas Ireland and his brother registered their channel Ireland Boys Productions on YouTube on September 28, 2015. Since then, they have been posting entertaining and engaging videos on the channel. Their main channel has become one of the biggest sources of entertainment for YouTube viewers. The first video published on this channel was "EPIC Invisible Rope Prank”.
Recommended Lists:

American YouTubers
Male Comedy Youtubers
Male Youtube Pranksters
American Comedy YouTubers
Filled with numerous pranks, truth or dare videos, 24 hour challenges, food challenges, rafter fort videos, and lots more, this channel has everything one needs to stay entertained and joyful. Two of the most-watched videos of the channel are '24 Hour Overnight Challenge In World’s Biggest MCDONALDS’ and ‘Hide And Seek In World’s Largest Trampoline Park'. Having over 16 million views and over 6 million views respectively, both of these videos feature the YouTuber carrying out hilarious challenges with his brother.
Recommended Lists:

American YouTube Pranksters
Virgo Men
Talking about Nicholas’ other channel ‘Ireland Boys’, this channel was launched in May 2017. With over 980k subscribers and more than 1 billion views, the channel features general vlogs, behind the behind-the-scenes videos, and other crazy yet entertaining videos.
Nicholas Ireland is also popular on Instagram and Twitter; he has a decent presence on the former social media platform, with over 130k followers on his personal Instagram account.
The YouTuber, along with his brother, also deals in high quality merchandise, such as tees, caps, gift cards, etc. The brothers promote their merchandise on their Instagram account where they have over 132k followers.
Continue Reading Below
Personal Life
Nicholas Ireland was born on September 7, 2002 in the United States. He has an older brother named Ricky with whom he runs two YouTube channels. Information regarding the YouTuber’s parents is not known. However, his mother has been featured a few times in his videos. Nicholas has graduated from the East Lake High School. He played basketball during his high school years.