Advanced Search
Yao Ming is a retired Chinese basketball player who played in ‘Chinese Basketball Association’ (CBA) and the ‘National Basketball Association’ (NBA). The seven feet, six inches tall player is the only non-US player to lead NBA in the All-Star voting. NBA commissioner David Stern had described him as "a wonderful mixture of talent, dedication, humanitarian aspirations and a sense of humor." Ming was voted to start for the Western Conference in NBA All-Star Game on at least eight occasions, and on five occasions he was named to the All-NBA Team. He played for China in the 2000 ‘Summer Olympics.’ He also led his country’s national team to three consecutive ‘FIBA Asian Championship’ gold medals. He played in the 2008 ‘Summer Olympics,’ and scored the first point of the game against the US. For six consecutive years, he was on top of Forbes' Chinese celebrities list, based on income and popularity. In 2011, he retired from professional basketball due to a series of injuries. Jordan Tucker
12th September In History
DID WE MISS SOMEONE?
CLICK HERE AND TELL US
WE'LL MAKE SURE
THEY'RE HERE A.S.A.P
Quick Facts 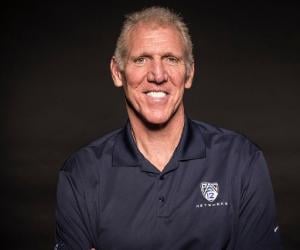 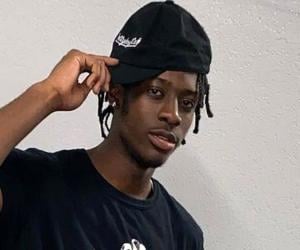 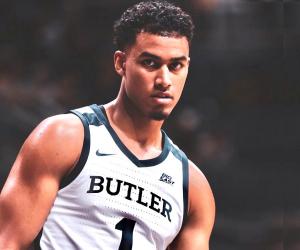 Chinese People
Tall Celebrities
Tall Male Celebrities
Male Sportspersons
Chinese Sportspersons
Childhood
Yao Ming was born on September 12, 1980, in Shanghai, China, to Fang Fengdi (mother) and Yao Zhiyuan (father). His father, six feet and ten inches tall, played basketball for a local Shanghai team. His mother, six feet and two inches tall, played basketball for the Chinese national team in the 1970s.
He was quite big and weighed 11 pounds at birth. His growth was quite fast, and his parents found it difficult to provide him enough food to satisfy his increasing appetite. He was five feet and seven inches tall at the age of nine when he began playing basketball. Subsequently, he caught the attention of the local sports officials who encouraged him to join a sports school in Shanghai.
Initially, he was not interested in basketball or any other sport. He was an avid reader, and liked reading about military history. He knew details about ancient battles of China.
When he was in ninth grade, he was already more than six feet tall. In the same year, he signed a contract with Shanghai youth team. At the age of 17, he became Shanghai Sharks' star player.
Continue Reading Below
Career
Yao Ming played for the ‘Shanghai Sharks’ junior team of the ‘Chinese Basketball Association’ (CBA) for four years. He then joined the senior team of the ‘Sharks,’ and averaged 10 points and 8 rebounds per game during his rookie season. In his third season, the ‘Sharks’ made it to the finals of CBA, but lost to ‘Bayi Rockets.’
In the following year, the ‘Sharks’ won their first CBA championship. In his final year with the ‘Sharks,’ he averaged 38.9 points and 20.2 rebounds per game during the playoffs. He made 21 shots in the finals.
He decided to enter the NBA draft in 2002. A group of advisers called ‘Team Yao’ was formed. This included his negotiator, NBA agent, Chinese agent, and others. CBA was initially hesitant to let Yao play in the US; hours before the NBA draft CBA gave him permission to play in the US. He became the first international player to be selected without having played in the US college basketball. He was picked by ‘Houston Rockets.’
He played for China in the 2002 ‘FIBA World Championships.’ He played his first NBA game against ‘Indiana Pacers,’ but did not score points. He scored his first NBA point against ‘Denver Nuggets.’ In his first seven games, he scored 14 minutes and 4 points. During the November 17th game against the ‘Lakers,’ he scored 20 points.
Yao was voted over O'Neal to start for the West, making him the first rookie to start the All-Star Game since Grant Hill in 1995. He finished his rookie season with an average of 13.5 points and 8.2 rebounds per game.
In 2004, he had a career-high 41 points and 7 assists in a triple-overtime win against the ‘Atlanta Hawks.’ In the 2004 NBA All-Star Game, he finished the season at 17.5 points and 9.0 rebounds per game.
In the 2005 NBA All-Star Game, Yao broke the record held by Michael Jordan, with 2,558,278 votes. ‘The Rockets’ won 51 games, and won the fifth position in the West. In Dallas, the ‘Rockets’ won the first two games, and he made 13 of the 14 shots in the second game; it was the best shooting performance in Rockets’ history.
Despite missing 21 games due to surgery, he had the most fan votes to start the 2006 NBA All-Star Game. In his fifth season, he averaged a career-high 25 points per game.
In November 2007, he played against ‘Milwaukee Bucks’ and the ‘Rockets’ won 104–88. In the 2008 NBA All-Star Game, the ‘Rockets’ won 12 games. Though he missed the NBA Playoffs in 2008, he participated in the ‘Summer Olympics’ at Beijing.
Continue Reading Below
In July 2011, he retired from basketball due to his injuries. He was nominated for the ‘Naismith Basketball Hall of Fame.’ However, his request to delay the honor was considered as he felt it was too early. He was eventually inducted into ‘The Hall of Fame’ in September 2016. ‘The Rockets’ also retired his No. 11 jersey.
In 2017, Yao was unanimously elected as chairman of ‘Chinese Basketball Association.’
Awards & Achievements
In 2002, Yao Ming won ‘FIBA World Championship.’ He won the gold medal for China at the 2001, 2003, and 2005 ‘FIBA Asian Championship.’ He also won NBA All-Star credit eight times. In 2016, he received the ultimate honor; he was inducted into the ‘Naismith Memorial Basketball Hall of Fame.’
Personal Life & Legacy
During his career, a major part of Yao Ming’s income came from sponsorship deals. He endorsed major companies like ‘Nike,’ ‘Reebok,’ ‘Coca-Cola,’ and ‘Pepsi.’ He sued ‘Coca-Cola’ in 2003 for using his image on their bottles when the company was promoting the national team; he won the case.
In 2004, he co-wrote his autobiography ‘Yao: A Life in Two Worlds.’ In the same year, a documentary film titled ‘The Year of the Yao’ was made. The film focuses on his NBA rookie year. In 2005, former ‘Newsweek’ writer Brook Larmer published a book titled ‘Operation Yao Ming.’
He has participated in many charity events—he once organized an auction and raised US$ 965,000 for underprivileged children in China. He donated $2 million for relief work after the 2008 Sichuan earthquake, and developed a foundation to rebuild schools destroyed in the earthquake.
Yao dated basketball player Ye Li, and married her on August 6, 2007. Their daughter Yao Qinlei was born on May 21, 2010.
In 2009, he bought ‘Shanghai Sharks,’ which hadn’t participated in the CBA due to financial crunches.
He is also a dedicated supporter of ‘Special Olympics’ and serves as Global Ambassador and member of the ‘International Board of Directors.’
In 2011, he joined ‘Antai College of Economics & Management of Shanghai Jiao Tong University’ where he took up a tailored degree program with mostly one-on-one lectures. Yao completed his studies in July 2018, graduating with a degree in economics after seven years of study.
In 2012, he filmed a documentary on white rhinoceros. He also serves as an ambassador for elephant conservation.

See the events in life of Yao Ming in Chronological Order 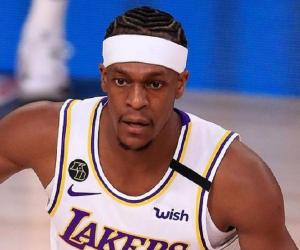 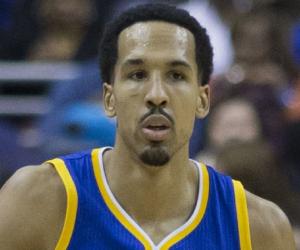 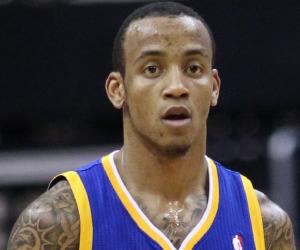