Regarded as one of the best ever players in the history of the National Basketball Association (NBA), William Felton “Bill” Russell was a professional basketball player who was the centerpiece of the Boston’s Celtics for a period of 13 years. He was famous for his shot-blocking and man-to-man defense which led his team to many victories in major tournaments. The talented player had grown up in a neighbourhood notorious for its rampant racism. Basketball provided him a means of rising above this negativity and he grew up to prove his mettle. He was also much respected for his ability to inspire and motivate his team members to improve their playing techniques and give their best. Equally skilled at grabbing rebounds, he was just one of the only two players to have made more than 50 rebounds in a single game and had a dozen consecutive seasons of 1,000 or more rebounds. Russell’s superstardom was special not just because of his amazing performances, what made his success even more special was the fact that he was the first African-American player in the NBA history to achieve such glory' he was also the first African-American to become an NBA coach. Bill Russell was born to Charles and Katie Russell on February 12, 2022, in West Monroe, Louisiana. He grew up in a racially segregated neighbourhood where his family was often subjected to rampant acts of racism.

He had a difficult childhood and grew up in poverty. He lost his mother when he was just 12 years old.

He went to McClymonds High School, where he started playing basketball. His coach, George Powles, encouraged the youngster to develop his skills and become a good player.

He was offered a scholarship from the University of San Francisco (USF). He was very happy to receive this scholarship as it provided him an opportunity to escape the life of poverty and racism.

He thrived at the USF under Coach Phil Woolpert who helped him develop his unique technique of defense. He became the centerpiece of a USF team that became a formidable college basketball team. 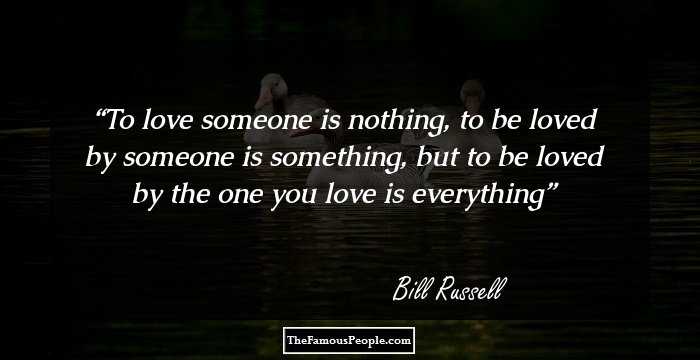 He was selected by the Boston Celtics during the 1956 NBA Draft because of his defensive toughness and rebounding prowess. Before his rookie year, he was made the captain of the U.S. national basketball team that competed at the 1956 Summer Olympics. He helped the team win a Gold medal.

Bill Russell started playing for the Celtics in the 1956-57 season in December. He played 48 games with an average of 14.7 points per game and 19.6 rebounds per game. The Celtics were already a high-scoring team but the addition of Russell added to their strengths.

In his first NBA playoff game against the Syracuse Nationals in 1957, he finished with 16 points and 31 rebounds along with 7 blocks. The Celtics managed a 108-89 victory and swept the Nationals in three games.

In the beginning of the 1957-58 season, the Celtics won 14 straight games. He was named the NBA Most Valuable Player for that season. His team won 49 games and easily made the first berth in the 1958 NBA Playoffs.

His amazing performance continued in the 1958-59 season where he averaged 16.7 points per game and 23.0 rebounds per game. The Celtics won 52 games—a league record.

The Celtics played against the Philadelphia Warriors in November 1959. The game was primarily considered a match between Russell and the Warriors’ center, Wilt Chamberlain, as both of the players were amazing centers. The Celtics won the match 115-106.

Bill Russell averaged 16.9 points and 23.9 rebounds per game in the 1960-61 season leading his team to 57-22 record. The following season the Celtics became the first team to win 60 games in a season and he was again voted as the NBA’s Most Valuable Player.

The Celtic coach Red Auerbach retired before the 1966-67 season. Russell was offered the role of player-coach, which he accepted—making him the first African-American NBA coach.

He was growing older and slow and by the 1967-68 season, his figures were slowly declining. However, he still made 12.5 points per game and 18.6 rebounds per game. He ended his playing career at the age of 35. 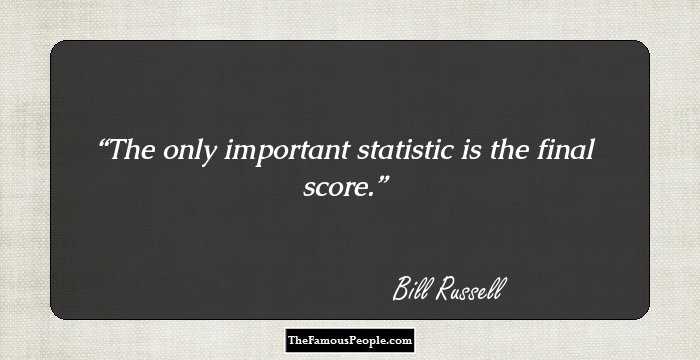 He was one of the most successful players ever to have graced American basketball. He won 11 NBA championships as a player with the Boston Celtics in 13 seasons. He was just the second player to have ever made 51 rebounds in a single game and the first NBA player to average more than 20 rebounds per game for an entire season.

He won five regular season MVP awards and was selected three times to the all-NBA First Teams.
He was presented with the Presidential Medal of Freedom by Barack Obama in 2011 for his accomplishments in the Civil Rights Movement, both on and off the court.
Personal Life & Legacy

Bill Russell married his college sweetheart Rose Swisher in 1956. They had three children and divorced in 1973.

He married former Miss USA, Dorothy Anstett, a white woman, in 1977. Their marriage was short-lived as they divorced in 1980.

His third marriage was to Marilyn Nault which lasted till her death in 2009.

Bill Russell died at his home in Mercer Island, Washington, on July 31, 2022. He was married to Jeannine Russell at the time of his death. 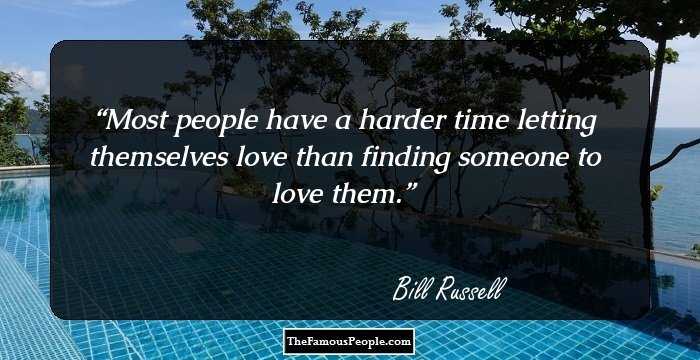 Quotes: Love, Time
Trivia
This basketball great was declared as the "Greatest Player in the History of the NBA" by the Professional Basketball Writers Association of America in 1980.

See the events in life of Bill Russell in Chronological Order