DID WE MISS SOMEONE?
CLICK HERE AND TELL US
WE'LL MAKE SURE
THEY'RE HERE A.S.A.P
Popularity Index
10
Pop Singers #519
Singers #2330
Quick Facts 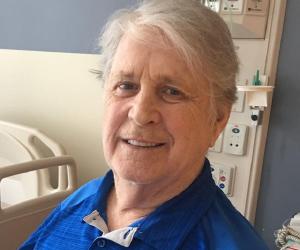 Who is Wendy Wilson?

Wendy Wilson is an American singer and television personality, best known as a part of the popular musical trio named Wilson Phillips. Born and raised in Los Angeles, California, she was born into a family of musicians. Her father Brian Wilson was the founder of the band Beach Boys while her mother Marilyn was a member of the all-girl group named The Honeys. Wendy and her older sister Carnie collaborated with their childhood friend Chynna Phillips and laid foundation of the group named Wilson Phillips, releasing their debut self-titled album in 1990 to a huge critical and commercial success. The album, ‘Wilson Phillips,’ was certified 5 times platinum in the US by the RIAA and sold about 10 million copies around the world as well. Wilson Phillips had a great beginning into the industry but their second album ‘Shadows and Light’ could not reach anywhere near the success of the debut album. Same was the case with their later albums such as ‘California’ and ‘Christmas in Harmony.’ Wendy also released a few albums such as ‘Hey Santa!’ and ‘Love Shouldn’t Hurt’ collaborating with her sister Carnie. Other than being known for her music videos, Wendy has also made several appearances on television over the years, in shows such as ‘Entertainment Tonight’ and ‘Wilson Phillips: Still Holding On.’ Libra Singers
Women Singers
Libra Pop Singers
American Singers
Childhood & Early Life
Wendy Wilson was born on October 16, 1969, in Los Angeles, California, to Brian and Marilyn Wilson. She was born in an affluent family with solid musical connections. Her father Brian was popularly known as one of the founders of the band named Beach Boys, while her mother was associated with an all-girl’s music group named The Honeys.
So naturally, when Wendy was growing up, she became increasingly interested in the prospect of becoming a musician. She had an older sister named Carnie growing up and both the sisters were interested in singing and jammed together often.
Although they hailed from an affluent family, their father was not in the best mental health shape while the girls were growing up. He suffered from mental health issues and his psychiatrist had intentionally kept him away from his daughters. Hence, Wendy and Carnie spent most of their childhood without father. The family reconciled in 2004 though.
Both Carnie and Wendy had been making music since their teenage years. Wendy started a few bands here and there, but eventually she joined hands with her sister Carnie and her childhood friend Chynna Phillips to start a trio named Wilson Phillips. Chynna was also the daughter of two esteemed musicians named John and Michelle Phillips, who were in the band The Mamas & the Papas.
Continue Reading Below
You May Like

Female Pop Singers
American Pop Singers
American Women Singers
American Female Pop Singers
Career
The trio had grown up together in Southern California and was well aware of each other’s strengths and weaknesses. The group came together in the late 1980s and in 1989, they signed their first record label with SBK Records. They immediately began working on their debut self-titled album.
Titled ‘Wilson Phillips,’ the album was released in 1990. The debut single from the album was titled ‘Hold On’ and it became an immediate massive success, reaching the top spot in the U.S. Billboard Hot 100 chart. The single further charted at top in many European countries such as Sweden, Germany and Switzerland.
Three other singles from the album titled ‘Release Me,’ ‘You’re in Love’ and ‘Impulsive’ further topped many charts. The album ended up selling 5 million copies in the United States alone and 10 million worldwide, eventually certified as five times platinum by the RIAA.
With the success of their debut album, Wilson Phillips was off to a great start into the industry. In 1992, two years after album’s release, Billboard declared that it was the bestselling album by an all-female music group in history. In the same year, the trio was ready to release its second album.
In 1992, the trio released their second album titled ‘Shadows and Light,’ which dealt with way more serious themes than their debut album. Singles such as ‘All the Way from New York’ and ‘Flesh and Blood’ dealt with the issues they all had with their fathers. Somehow, critics noticed that the charm they had exuded in their debut album was lost and hence, it opened way too slowly on both critical and commercial scales comparatively.
That said, the album was somehow successful in selling enough copies to earn a platinum certificate from the RIAA. It also charted on the fourth spot on the Billboard 200 chart. Following the release of the album, Chynna decided that she wanted to go for a solo musical career and hence, the group was disbanded.
Wendy and Carnie formed a duo and kept making music together. In 1993, they released a Christmas themed album titled ‘Hey Santa!’ Despite massive promotions, the album failed to achieve critical or commercial success.
Wendy and Carnie were still not adamant on going solo and collaborated with their father to form another music trio, this time named The Wilsons. The trio released their debut album in 1997, titled ‘The Wilsons.’ However, the album received only moderate reviews and failed to make the best out of the hype that surrounded it.
Wendy followed with a few live shows and a compilation album in the early 2000s. Around the same time, it was announced that trio Wilson Phillips will be making a comeback with their third album titled ‘California.’ The album peaked in the top 50s of many American music charts and was only a moderate success, selling 31,000 copies during the first week.
The group released two compilation albums, ‘The Best of Wilson Phillips’ and ‘Greatest Hits,’ in 1998 and 2000 respectively. The trio released a Christmas album in 2010, titled ‘Christmas in Harmony.’
In 2012, the trio released their last album till date, titled ‘Dedicated,’ which was a failure. The album mostly had covers of classic songs from their respective parents’ bands Beach Boys and The Mamas & the Papas.
Wendy has also made several television appearances as herself. In 2008, she appeared in an episode of the reality show titled ‘Supernanny’ along with her sister Carnie and niece Lola.
In addition, she has also made appearances on television shows such as ‘Wilson Phillips: Still Holding On’ and ‘The Talk.’
Recommended Lists:

Libra Women
Family & Personal Life
Wendy Wilson dated popular record producer/sound engineer named Daniel Knutson for sometime in the early 2000s, before marrying him in 2002. The couple have four sons together.
Wendy shared a very complex relationship with her father during teenage years. However, they share a good bond now.

See the events in life of Wendy Wilson in Chronological Order