Famous as: First to introduce the concept of Cold War

Shaun King
Pulitzer Prize-winning American journalist, Walter Lippmann was one of the most influential and respected political writers of the twentieth century. Hailed as one of the greatest journalists of his time, his writings played a vital role that spawned unprecedented influence on American public opinions. Billions of Americans relied on this journalist to collate various information and news updates related to day-to-day political and social issues of the time. For six decades he was at the pinnacle of American political scenario as an adviser to many American Presidents. He used ‘The New Republic’ to publicly oppose the ‘Versailles Treaty’. He was the most revered name in American journalism and became the first moderate liberal to sign-up for President Woodrow Wilson’s policy of ‘limited preparedness’. This Harvard intellectual authored some of the most influential books that are relevant even to this day, including ‘Public Opinion’, ‘The Phantom Public’, ‘ A Preface To Morals’ and ‘ The Good Society’. For thirty years he edited and contributed political stories for the nationally syndicated column, ‘Today and Tomorrow’, for which he won two Pulitzer Prizes. To learn more interesting facts about his personal life and journalistic accomplishments, scroll down and continue to read this biography. Journalists
American Men
Harvard University
Virgo Writers
Childhood & Early Life
Born into a German-Jewish family in New York, Walter Lippmann enjoyed a privileged life and went on annual vacations to Europe. In 1896, he enrolled to the Sachs School for Boys and came across as a talented and academically brilliant boy.
At the age of 20, he graduated from Harvard University, where he studied philosophy and languages, such as German and French. He was also a member of the ‘Phi Beta Kappa’ society. 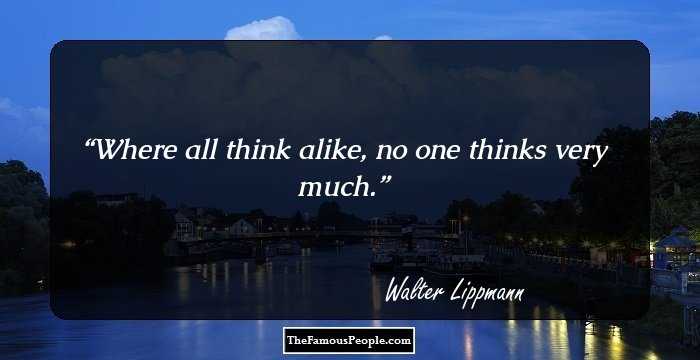 Male Writers
American Writers
Male Journalists
American Journalists
Career
In May 1910, he began his career in journalism as a ‘cub’ reporter with ‘The Boston Common’, after he dropped out of his Masters course at Harvard University.
In 1913, he co-founded ‘The New Republic, a liberal American magazine that published articles on politics and arts and the same year, he published the well-received book, ‘A Preface To Politics’.
In 1914, he was appointed as the adviser to President Woodrow Wilson and during his term, he helped the President draft the ‘Fourteen Points’ speech.
Being a journalist and a media critic, he comprehensively looked into the coverage of local newspapers. Consequently, his study, ‘A Test of the News’ claimed that the New York Times coverage of the Bolshevik Revolution was biased and inaccurate.
Published in 1920, his book, ‘Liberty and the News’ was a classic account of the relationship between the press and the democracy.
In 1920, he quit ‘The New Republic’ and joined ‘New York World’ and in the following years, he published two of his controversial books, ‘Public Opinion’ and ‘The Phantom Public’.
In 1929, he authored the book, ‘A Preface to Morals’, a book that endorsed the concept of a liberal democracy.
He was an editor at the ‘New York World’ in 1929 but after its closure in 1931, he joined the ‘New York Herald Tribune’.
In 1931, he began writing columns for the ‘New York Herald Tribune’, till 1967.
Continue Reading Below
Published in 1947, his series of articles titled ‘The Cold War’, spoke out against the policy of containment upheld by President Truman and popularised the concept of the ‘Cold War’.
He endorsed six republican candidates and seven Democratic candidates, during his tenure as a journalist. 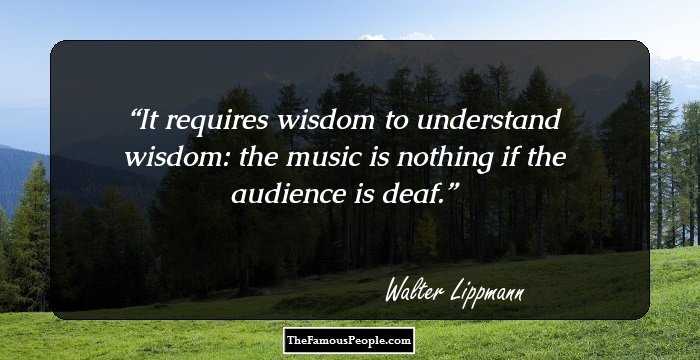 Male Media Personalities
American Media Personalities
Virgo Men
Major Works
Published in 1922, his book ‘Public Opinion’ was one of his most influential publications that is still relevant in a number of media institutes. It laid the foundation for media theory that is taught in a number of colleges today.
His long-running column, ‘Today and Tomorrow’, for the ‘New York Tribune’ was syndicated worldwide, won two Pulitzer Prizes and made him one of the most respected political columnists in the world.
Awards & Achievements
He was the recipient of the Pulitzer Prize in 1958 and 1962 for his international newspaper column, ‘Today and Tomorrow’.
On September 14, 1964, he was honoured by President Lyndon Johnson with the prestigious ‘Presidential Medal of Freedom’. 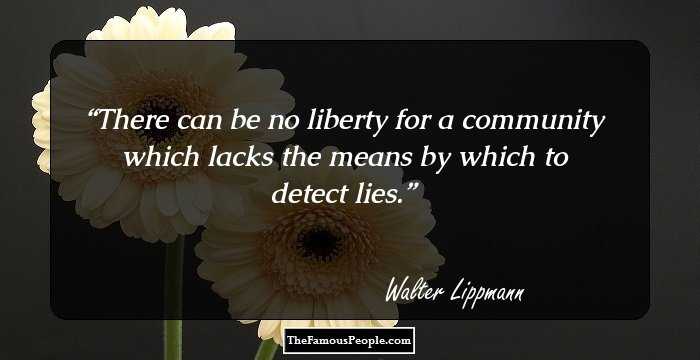 Personal Life & Legacy
On May 24, 1917 he married Faye Albertson in the city of New York. The couple divorced in 1937. In 1938, he married Helen Byrne Armstrong and stayed with her until her death. Walter Lippmann died at the age of 85 in New York.
To honour his achievements in the field of journalism, the Walter Lippmann House at Harvard University is named after him.
Noam Chomsky and Edward S. Herman adopted one of his phrases, ‘Manufacture of Consent’, for the title of 1988 book ‘ Manufacturing Consent: the Political Economy of the Mass Media’
You May Like

Quotes By Walter Lippmann | Quote Of The Day | Top 100 Quotes

See the events in life of Walter Lippmann in Chronological Order