Jamaican-born Vybz Kartel is a notorious dancehall reggae artist, who has recorded some highly successful reggae singles. Presently, he is serving life imprisonment for the murder of Clive ‘Lizzard’ Williams. Leaving aside his controversial life, he is famous songwriter and dancehall reggae artist, an interest which developed during childhood while listening to renowned artists, like Papa San, Ninja Man, and KRS-1. Eventually, he began writing at a tender age of 11 and released his first single ‘Love Fat Woman’ at 17. Thereafter, there was no looking back for this budding deejay, who went on to record more singles before forming his own group ‘Vibes Cartel’, along with two other friends. Though the group didn’t prove successful, he modified the name and adopted it as a solo artist – Vybz Kartel. A string of hit solo singles followed - some of them being ‘Guns Like Mine’, ‘Badman’, ‘Most High’, ‘War Organizer’, ‘Romping Shop’, and ‘Clarks Again’. Some of his career’s best music albums are ‘Up 2 Di Time’, ‘More Up 2 Di Time’, ‘J.M.T.’, ‘Pon Di Gaza 2.0’, and ‘Kingston Story’ 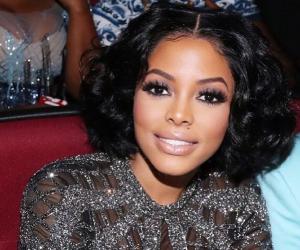 Jamaican People
Lyricists & Songwriters
Jamaican Men
Tall Celebrities
Tall Male Celebrities
Childhood & Early Life
Vybz Kartel was born as Adidja Azim Palmer on January 7, 1976, in Kingston, Surrey, Jamaica.
He went to Calabar High School, Kingston, but was expelled at the age of 16. He then attended a tutorial technical school and completed his education, performing extremely well in mathematics, geography, literature and English.
He was fascinated by music from a very young age and his two aspiring musician uncles motivated him further.
He considered popular artists, like Will Smith, Charlie Chaplin, Papa San, Ninja Man, and KRS-1, as his heroes and started writing lyrics at the age of 11.
Continue Reading Below
You May Like

The Most Popular US Veterans
Career
In 1993, he released his first single ‘Love Fat Woman’ for Alvin Reid’s label ‘One Heart’ under the name Adi Banton, as a tribute to one of his role models, Buju Banton.
He continued to record more tracks for local producers until 1996, when he formed his own group Vibes Cartel, along with his friends Mr. Lee and singer Escobar.
The group didn’t last long, but he chose to adopt the name in an altered form, Vybz Kartel and became a solo artist.
While performing a stage show ‘Champions in Action’ in his hometown, Portmore, in 1998, he was noticed by Bounty Killer, a popular dancehall singer of ‘The Alliance’.
As a protégé of Killer, he began writing lyrics for Killer, Elephant Man and other members of Scare Dem Crew. He also collaborated with Killer on the famous ‘Gal Clown’ and ‘Girls Like Mine (Liquid Riddim)’.
In 2002, he moved ahead to record solo singles and released a string of best-selling solos, such as ‘Most High’, ‘Guns Like Mine’, ‘Badman’, ‘Bus Mi Gun Like Nuttn’, and ‘War Organizer’.
He collaborated with reggae singer Wayne Marshall to deliver some successful hits, like ‘Why (Krazy Riddim)’, ‘New Millennium (Mad Antz Riddim)’, and ‘Why Again (Good To Go Riddim)’.
By 2003, he was delivering hits after hits, grabbing the second best place for the most singles sold in the reggae charts, losing to fellow Alliance member Elephant Man.
He released his debut album ‘Up 2 Di Time’ in 2003, and later made worldwide headlines with a planned on-stage clash with Ninjaman during the annual dancehall festival, Sting.
Continue Reading Below
He recorded two more albums ‘More Up 2 Di Time’ (2004) and ‘J.M.T.’ (2005), before his dispute with Killer. The dispute arose after he attended Killer’s fierce rival Beenie Man’s wedding with the former’s ex-girlfriend.
After falling out with Killer, he joined Beanie Man in 2006 and immediately recorded a series of disc tracks targeting Killer’s new protégé, Mavado.
He formed the Portmore Empire in 2006, which included young artists from his hometown Portmore, who recorded under his own label, Adidjaheim Records/Notnice Productions.
Over the next few years, the young dancehall fans were divided into two groups – Gaza (those supporting Kartel) and Gully (those siding Mavado). His 2009 single ‘Live We Living’ was a call for peace to end enmity between the two.
As an entrepreneur, he launched a liquor line, Street Vybz Rum, and a condom line, Daggering Condoms, in 2008.
In 2009, both the artists were called by Jamaican Prime Minister Bruce Golding for a peace meeting to end the feud and planned a peace concert in Barbados, featuring both the artists, but it was canceled by the country’s Cultural Minister.
His 2010 single ‘Clarks’ turned out to be a huge hit in the international market, urging him to record two more follow-up singles – ‘Clarks 2 (Clarks Again)’ and ‘Clarks 3 (Wear Weh Yuh Have)’, about the shoe brand, both becoming hits.
He recorded his next album ‘Pon Di Gaza 2.0’ in 2010, which had successful singles ‘Ramping Shop’ and ‘Life Sweet’. ‘Kingston Story’ followed the next year with Brooklyn producer Dre Skull, whose singles became chartbusters.
A dispute between the partners stopped the production of Street Vybz rum in 2011, but was resumed in 2012 after the two resolved their matters.
Continue Reading Below
As a first for a Jamaican dancehall artist, he launched his own reality television show ‘Teacha’s Pet’, which aired on CVM Jamaica broadcast channel but was discontinued after his arrest in 2011.
He was arrested for carrying marijuana in September 2011 and was later imprisoned for the murder of Jamaican businessman and music promoter, Barrington Burton.
He was granted bail in March 2013, but remained in jail on charges of the murder of Clive ‘Lizzard’ Williams in August 2011.
He co-authored a book ‘The Voice of the Jamaican Ghetto: Incarcerated but not Silenced’ with business associate Michael Dawson and released it in 2012, while still in jail.
After a 65-day trial, considered to be the longest in the history of Jamaica, he was found guilty and imprisoned for life in April 2014, with his eligibility for parole coming after 35 years.
Awards & Achievements
He won the ‘Deejay of the Year’ title at the 30th anniversary party of Stone Love Sound System, in 2002.
In 2008, he received an award at the Caribbean Urban Music Awards (CUMA).
He won three EME awards in 2009 – Male DJ of the Year, Lyricist/Songwriter of the Year, and Song of the Year (Romping Shop ft. Spice).
Personal Life & Legacy
He married New York bank supervisor, Stacy-Ann Alicia Elliott, in 2006 in a private ceremony in Cross Roads, Kingston. The wedding didn’t last long and the couple ended their two-year marriage with a divorce in 2008, on allegations of Stacy giving birth to a son that was fathered by another man.
Currently, he is married to Tanesha ‘Shorty’ Johnson, with whom he has three sons.
Recommended Lists:
Musicians #961
Singers #1108
You May Like

See the events in life of Vybz Kartel in Chronological Order 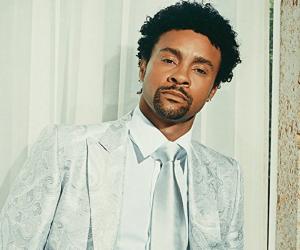