Vladimir Potanin is a Russian billionaire businessman and oligarch. He is the chairman of the conglomerate 'Interros,' which has interests in mines, metals, energy, finance, retail, real estate, tourism, technology, and other sectors. His net worth, according to a recent estimate of 'Forbes,' is $25.8 billion. Currently, he ranks 58th on the 2019 ‘Forbes The World's Billionaires’ list. He is also the sixth-richest man in Russia. He made his fortune from the early to the mid-1990s, after the dissolution of the Soviet Union and the reformation that followed in Russia. He made most of his wealth via the controversial "loans for shares" program. He is known to have close ties with Russian president Vladimir Putin. Although a successful entrepreneur and philanthropist, he has had his share of controversies, too. 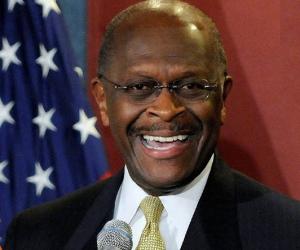 Garrett Camp
Business People #830
Continue Reading Below
DID WE MISS SOMEONE?
CLICK HERE AND TELL US
WE'LL MAKE SURE
THEY'RE HERE A.S.A.P
Quick Facts

Russian People
Capricorn Entrepreneurs
Capricorn Men
Childhood & Early Life
Vladimir Olegovich Potanin was born on January 3, 1961, in Moscow, Russia, into a prominent communist family.
In 1983, he graduated from the 'Moscow State Institute of International Relations’ (MGIMO). The institute trains candidates for the 'Ministry of Foreign Affairs.'
Continue Reading Below
You May Like

Who Is The Most Popular BTS Member?
Career
Immediately after his graduation, he started working with 'Soyuzpromexport' (‘FTO’) for the ‘Ministry of Foreign Trade of the Soviet Union.’
He served the ministry until 1991, after which he quit to establish 'Interros.'
In the early 1990s, he and his long-term business partner Mikhail Prokhorov used the "loans for shares” scheme to take over 'Norilsk Nickel' by acquiring 54% of the total shares of the company. Over time, they turned the company into a corporate organization with a modern outlook.
He was appointed as the president of the 'United Export Import Bank' in 1993.
Potanin had a significant role in the formation of the “loans for shares” program, which became the cornerstone of Russia's post-Soviet reforms.
Between August 14, 1996, and March 17, 1997, he served as the first deputy prime minister of the Russian Federation.
He became the president and the chairman of the board of directors of 'Interros' in August 1998 and continues to serve in that position.
The construction of his 'Rosa Khutor Alpine Ski Resort' in Mzymta Valley, near Sochi, Krasnodar Krai, Russia, began in 2003 and was completed in 2011. He invested over $2 billion for the massive project.
He was made the head of the 'National Council on Corporate Governance' in March 2003. The council's objective was to improve the ethical and professional standards of corporate governance in Russian businesses and to improve the reputation of the Russian business environment.
Continue Reading Below
He initiated a leopard breeding program in the valley in 2005 and funded it with $500,000.
In 2007, he severed his business ties with Prokhorov after the French authorities briefly arrested the latter on allegations of prostitution. Potanin offered to buy his stakes in 'Norilsk Nickel' for around $1 billion. Prokhorov was willing to sell his 25% stake in the company at a sum of $15 billion, which Potanin refused.
The following year, Prokhorov approached Oleg Vladimirovich Deripaska of 'United Company RUSAL' and requested him to acquire his stake in 'Norilsk Nickel.' This move of his further strained his relationship with Potanin.
After the deal between Prokhorov and Deripaska was sealed, Deripaska and Potanin got into an ownership feud. Both wanted to take control of 'Norilsk Nickel.'
In March 2009, Potanin filed a lawsuit against his former business partner, Prokhorov, for $29 million, over a property dispute in Moscow.
The ownership conflict between Potanin and Deripaska was put to rest after Roman Arkadyevich Abramovich intervened in the matter in 2012. Abramovich bought 6.5% of the stakes of 'Norilsk Nickel' and brokered peace between the warring oligarchs. As a result of the deal, Potanin became the CEO of the company, as his share amounted to around 30%.
The ‘Rosa Khutor Alpine Ski Resort' hosted the 'Winter Olympics' in 2014. Potanin claimed that to meet the requirements of the 'International Olympic Committee,' the resort had incurred a cost overrun of $530 million and thus sought remuneration from the Russian government.
In 2016, he invested $300 million in 'Digikala,' the biggest e-commerce startup in Iran. Through his fund, the 'New Winter Capital Partners,' he bought shares of 'Pomegranate,' which held shares in numerous Iranian internet companies, including 'Digikala.'
Potanin proposed to buy 4% of Abramovich's stakes in February 2018. However, this proposal is awaiting court approval due to the possibility of breach of the agreement in 2012.
Continue Reading Below
He joined the lobby group of the 'Russian Union of Industrialists and Entrepreneurs,' which has proposed an alternative for cryptocurrency regulations in 2018.
He also holds shares in the pharmaceutical company ‘Petrovax Pharm.’
Philanthropy
He runs the charitable organization ‘The Vladimir Potanin Foundation.' In 2016, the organization donated artworks to be exhibited at the 'Pompidou Centre' in Paris, France.
He is on the board of trustees of the non-profit organization 'Solomon R. Guggenheim Foundation,' located in New York.
Environmental Impact & Other Controversies
The construction of his ski resort was heavily criticized by environmentalists, as they claimed a large area of forest land was lost due to the construction, in contrast to Potanin's declaration that the project would require minimal excavation and logging.
Since Potanin has taken over as the CEO of 'Norilsk Nickel,' the company has often been held responsible for its hazardous impact on the environment. The company is known as one of the most polluting industrial organizatons in the Russian Arctic.
In 2013, it was reported that the company had been discharging 500 tons of copper and nickel oxides and releasing 2 million tons of sulfur dioxide into the air annually. The water in the nearby Daldykan river had turned red in September 2016. This was thought to be caused by a break in the slurry pipe that had led to a massive leakage of industrial waste into the river. In 2017, he committed to the Russian government that the company would be modernized and that the pollution caused by his organization would be brought under control by 2023.
In May 2015, he was named a co-defendant in the case involving the government-owned 'Vneshekonombank,' which is now trying to recover the losses from the sale of 'Roskhlebprodukt,' a company in which Potanin had indirectly invested.
Awards & Honors
His gesture toward the 'Pompidou Centre' earned him the 'French Legion of Honour' from the French government in late 2016.'He has received two of the Russian Federation's national honors: the ‘Order for Merit to the Fatherland (4th class)' and the 'Order of Alexander Nevsky.'
Family & Personal Life
Potanin was initially married to Natalia Potanina and had three children with her. They divorced in 2014.
The same year, he married Ekaterina, also known as Yekaterina Potanina. He has a child with her.
The divorce settlement between him and Natalia is yet to be settled amicably.
He is closely acquainted with Russian president Vladimir Putin, who has also been involved in the business dealings of Potanin. In January 2018, his name appeared on the ‘U.S. Treasury's 'Putin List' that had names of 210 people with strong links to Putin.
You May Like

See the events in life of Vladimir Potanin in Chronological Order