Victoria Song is a Chinese singer based in South Korea and China. She began her singing career as a group leader of the South Korean all-girls band f(x), which was hugely successful in South Korea and parts of China. In addition to her flourishing singing career, she is also a busy dancer, actor, and model. Victoria established herself as a talented actor in the second season of the South Korean TV series ‘We Got Married’. She has since acted in many other TV and film projects and has won multiple awards, including the ‘Popularity Award’ at the MBC Entertainment Awards and the ‘Goddess of Asia Award’. Her growing popularity has resulted in her becoming a household name in South Korea with leading roles in popular shows like ‘When Love Walked In’, ‘Ice Fantasy’, ‘A Life Time Love’ and ‘Beautiful Secret.’ As a model and style icon, Victoria has graced the covers of various fashion magazines like ‘Modern Lady’ and was invited by couture brand ‘Dior’ to host various fashion events. Her huge success and popularity has led to her becoming one of the most buzzed-about female stars in China. With over 20 million followers on the Chinese Social Media channel Weibo, she ranked at #4 on the list of the most followed K-pop celebrities in 2015. Niall Horan
Singers #1544
Continue Reading Below
DID WE MISS SOMEONE?
CLICK HERE AND TELL US
WE'LL MAKE SURE
THEY'RE HERE A.S.A.P
Quick Facts

Chinese People
Aquarius Singers
Chinese Singers
Chinese Female Singers
Aquarius Women
Childhood & Early Life
Victoria Song was born on February 2, 1987 in Qingdao, China. At the age of eleven she moved to the country's capital, and was admitted to study at the prestigious Beijing Dance Academy that specialized in traditional and ethnic Chinese dance. While there, she learnt all varieties of dance styles including ballet, traditional Chinese dance, and tumbling.
She was spotted in a dance competition in September 2007 in Beijing by a scout from SM Entertainment. She soon joined SM Entertainment and between 2007 and 2008 she trained with them before her debut TV appearance in South Korea.
When she first landed in South Korea, she made some minor media appearances. Her first media appearance was for a Spris commercial with South Korean singer-actor Lee Joon-gi. She subsequently did a modelling gig for Samsung Anycall in a music video opposite South Korean actor/singer Rain.
In May 2008, in a bid to further pursue her dreams in TV she filmed a tourism commercial "Hi, Seoul" with TVXQ and Super Junior. During the same time, she appeared in Korean boy-band ‘Shinee's’ music video for their song ‘Replay’.
Continue Reading Below
You May Like

The Best Black Actresses Of All Time
Career
Victoria Song joined the South Korean all-girls band f(x) in August 2009. The band’s debut single ‘LA chA TA’ was released in September of the same year; however, it was received with mixed reactions.
In June 2010, she became a cast member of the reality TV show ‘Invincible Youth’ in which she was placed among seven other female idols from various groups.
Later that year, she took part in the reality TV show ‘We Got Married’ with Nichkhun, lead singer of the group ‘2PM’. The two were popularly known as Khuntoria in the variety show. The show quickly garnered a large fan base and the two actors gained wide popularity. Towards the end of 2010, she won the prestigious ‘Popularity Award' at the MBC Entertainment Awards, for her role in ‘We Got Married’.
In January 2012, she played a lead role in the hit series ‘When Love Walked In’ with band-mate Zhou Mi, and Calvin Chen of the group Fahrenheit. This series quickly rose to the number one spot in viewership ratings in China. For her exemplary performance as Chairman Yuan's long lost granddaughter, Shen Yayin, she was awarded the ‘Best New Actress' award at the 2012 China TV Drama Awards.
In 2013, she starred in the critically acclaimed director Li Shao’s movie ‘Cocoon Town Romance’. Although this movie was applauded for its directorial genius, it didn’t generate much profit at the box office.
In 2014, she hosted the Korean-Chinese variety show ‘Strongest Group’, alongside Chinese Pop artist Zhou Mi. She also featured alongside the Chinese heartthrob in his solo single ‘Loving You’, during the same year.
In June 2015, she teamed up with Chinese manager Jia Shikai to set up her own studio ‘Song Qian / Victoria Studio’. This studio would cater to all of her solo Chinese endeavours henceforth.
In 2016, she starred in Hunan TV's ‘Beautiful Secret’. This drama included her solo single ‘Star Tears’ which was part of the original sound track. The series eventually hit a record highest average viewership rating in China during the first half of 2016.
During the same year, she appeared in a movie titled ‘My New Sassy Girl’, a remake of the Hollywood movie ‘My Sassy Girl’. This movie was released in South Korea and China on the same day. However, the movie was received with lukewarm reviews and didn’t perform well at the box office. She subsequently starred in a Chinese remake of the Hollywood film “My Best Friend's Wedding”, where she played the lead character.
Continue Reading Below
In January 2017, she started hosting the variety program ‘Ace vs. Ace,’ alongside co-host Shen Tao. During the same year, she starred in the comedy film ‘Wished’, directed by Dayyan Eng.
On May 21, 2017, in an online announcement on Weibo, she announced her plans to release her first solo album in the later part of 2017.
Major Works
In December 2012, Victoria Song published a photo-essay book ‘Victoria's Hong-Ma’, which included her travel experiences in Asia and around the world.
She displayed her excellent acting skills on the reality TV show ‘We Got Married Season 2’. Her stellar performance in this role invariably led to her winning multiple awards and gaining recognition as a talented actor.
Her roles in popular Chinese movies alongside prominent celebrities like Huang Xiaoming gained her much attention. Her contribution to the TV industry over the last decade has played a major role in making her a household name in South Korea and China.
Awards & Achievements
In 2010, Victoria Song won the ‘Popularity Award’ by MBC Entertainment Awards for her performance in the reality show ‘We Got Married’.
In 2014, she won the ‘Best New Actress’ award during the 4th China TV Drama Awards for her role in the movie ‘When Love Walked In.’
She won the ‘Popular Actress Award’ during the 8th China TV Drama Awards for her role in the movie ‘Ice Fantasy’ in 2017.
Personal Life
On December 31, 2014 Victoria Song donated all the proceeds from her flea market sale where she sold her personal items for charity.
She actively supports UNICEF and on multiple occasions has made donations to causes like UNICEF's "Help Nepal Children" charity bracelet project.
She keeps her personal life extremely private. She was once rumoured to be in a relationship with a co-star. However, she publically denied this by stating that she is currently single and refused to be a part of any speculations by the press.

See the events in life of Victoria Song in Chronological Order 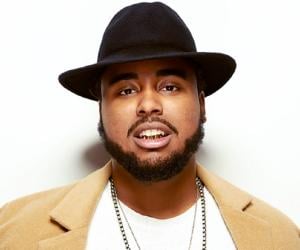