Trey Traylor is an American singer, musician, and social media star. He and his brother, Armon Warren, perform together and run a highly-popular YouTube channel dedicated to their music. A Detroit native, Trey grew up with a deep love for music and show business. He and his brother began their journey to internet stardom on Vine and soon gathered a large following on the platform with their six-second-long covers of famous songs. After Vine shut down, the brothers followed the route that many other erstwhile Viners took; they set up a YouTube account. Fortunately for them, the majority of their audience made the transition along with them and soon Trey and Armon were accumulating new viewers on the video sharing platform. As of early 2018, their channel had garnered over 2.1 million subscribers. While they have mostly done covers for a major part of their careers, the brothers have started making original music recently. American People
Michigan YouTubers
Male Youtubers
American YouTubers
Male Youtube Singers
Career
Trey and Armon began performing at an early age. Gifted with a great voice and an intuitive ear for music, Trey loved to sing as a child. The brothers found music to be something they could bond over and in time, they started performing together. When they set up their Vine account in the early 2010s, it was simply a way for them to strengthen that bond. It came as a pleasant surprise to both of them when their account rapidly became popular. They performed wholeheartedly, successfully covering some of the hardest songs out there.
Recommended Lists:

Sagittarius Youtubers
American YouTube Singers
Sagittarius Men
At the height of their popularity on Vine, they decided to set up an account on YouTube as well. Simply named “Ar'mon And Trey”, the channel was created on December 28, 2014, and they uploaded their first video, titled ‘Ar'mon And Trey - The Same (So Gone Challenge)’ on August 26, 2016.
They began focusing on YouTube once Vine shut down for good. Fortunately, the majority of their audience made the transition along with them to YouTube. Soon enough, each of their videos was attracting hundreds of thousands of views. In time, the channel grew even bigger. These days, their videos receive over a million views each. They have garnered 2.1 million subscribers and 207 million views to date. The brothers are equally active on Instagram, where their channel has 1.3 million followers. They have over 110 thousand followers on Twitter.
After years of covering songs by artistes, such as Chrish, Usher, and Drake, Trey and his brother have started creating their original music. Some of their most popular songs are ‘No Strings’, ‘Breakdown’, and ‘Drown’.
You May Like

Who Is The Most Popular BTS Member?
Continue Reading Below
Personal Life
Trey was born on November 25, 1998, in Detroit, Michigan. He has five siblings, including Armon Warren and another brother, Dwight Burton. They were raised by their mother, Shiquita Hathaway. 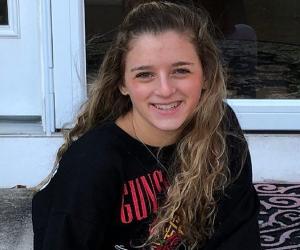