Victoria Davey Spelling, better known as Tori Spelling, is the daughter of the famed late producer Aaron Spelling. She was launched by him in the popular television drama ‘Beverly Hills.’ Though her father gave the initial push to her career, her subsequent career was built on her own strength, without any further support from her father. Today, she is a successful television actor and author; she has some best-selling books to her credit. She also has a successful clothing and jewelry line. Born to a celebrity father, she sought to make a mark in the industry on her own and went on to prove her mettle as an actress. She is a proud mother of five children and likes to describe her experiences with her kids in the form of autobiographies. Till date, she has authored six books, almost all of which have been well-received by the readers. She was also part of a reality show with her husband, which ran successfully for six seasons. She has several awards and nominations under her belt, including the prestigious ‘Young Artist Award,’ which she won for her performance in ‘Saved by the Bell.’ 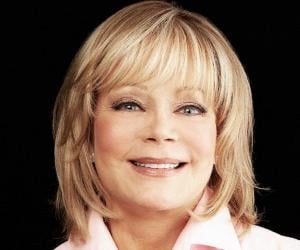 Tori Spelling was born on 16 May 1973, in Los Angeles, California, USA, to Aaron and Candy Spelling. Aaron was a famous Hollywood producer who produced popular movies and TV series, such as ‘Charlie's Angels,’ ‘Dynasty,’ and ‘Fantasy Island.’

When she was six, she took acting lessons. Subsequently, she landed opportunities to appear in guest roles in movies and TV series like ‘The Love Boat,’ ‘T. J. Hooker,’ ‘Hotel,’ ‘Fantasy Island,’ ‘Vega$,’ and ‘Saved by the Bell.’

She went to the ‘Beverly Hills High School’ in Beverly Hills, California, but later shifted to ‘Harvard-Westlake School,’ from where she graduated in 1991. 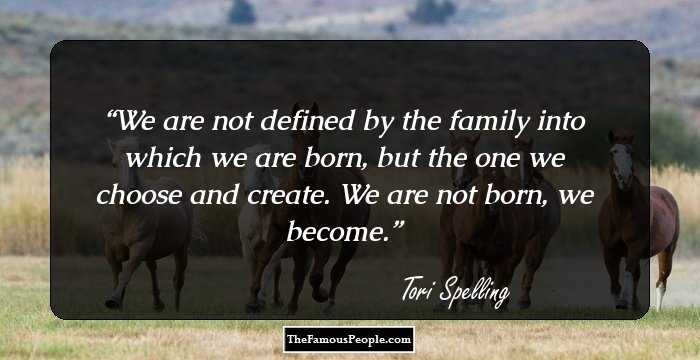 In 1990, she was given the role of ‘Donna Martin’ in the television series ‘Beverly Hills, 90210,’ which was co-produced by her father.

The success of ‘Beverly Hills’ opened the doors for new opportunities and soon she was cast in several made-for-television films. She was also given a role in the 1997 movie ‘The House of Yes.’

After the completion of ‘Beverly Hills,’ she made her stage debut with the play ‘Maybe Baby, It's You’ in 2002.

Her next big venture was the VH1 sitcom ‘So NoTORIous’ in 2006, where she appeared as herself.

She came up with the reality series ‘Tori & Dean: Inn Love’ along with her husband Dean McDermott. The series was aired for the first time on March 20, 2007 on Oxygen network.

On March 11, 2008, she released ‘sTori TELLING,’ an autobiography, for which she did a lot of promotional work.

In 2009, it was announced that she would reprise her role as ‘Donna Martin’ in the new series ‘90210.’ However, she only made guest appearances in the first two seasons.

On April 14, 2009, she released her second book ‘Mommywood’ in which she describes her experiences as a mother.

Her third book ‘uncharted terriTORI’ was released in 2010. The book provides an insight into the actor’s life.

She hosted the animated television series ‘My Little Pony: Friendship Is Magic,’ which was aired on April 21, 2012.

‘Yo Gabba Gabba!,’ an American children's television show, had her as its special guest on December 18, 2012, where she was seen baking cookies.

In June 2014, a documentary series titled ‘Tori & Dean: Cabin Fever’ premiered on CMT. The documentary series chronicles the life of the couple and their children in a lakeside cabin as they renovate their home in Ontario, Canada.

The same year, she was also part of the short-lived ABC Family TV series ‘Mystery Girls’ where she appeared alongside her ‘Beverly Hills’ co-star Jennie Garth.

In 2016, she was cast alongside James Franco in the television movie ‘Mother, May I Sleep with Danger?’ She also voiced ‘April’ in the animated movie ‘Izzie’s Way Home.’

She then hosted the TV series ‘The Look All Stars’ and was part of the successful TV movie ‘The Last Sharknado: It's About Time.’ In the TV movie, which released in 2018, she played ‘Raye Martin.’

In 2019, she reprised her role as ‘Donna Martin’ in ‘BH90210,’ a reboot of the original ‘Beverly Hills’ series. The series, which brought back the original cast members, ran only for one season before it got canceled due to poor ratings. 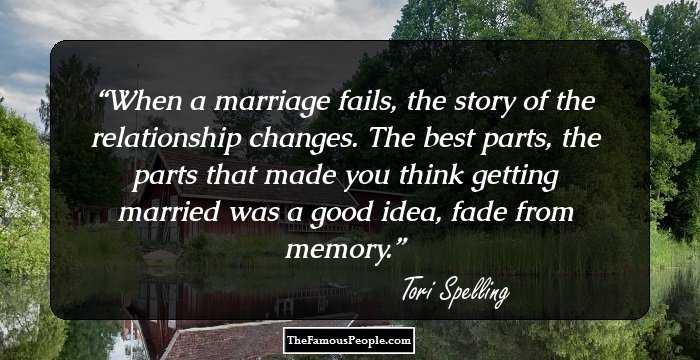 Spelling’s popularity increased after playing ‘Donna Martin’ in the teenage drama series ‘Beverly Hills, 90210,’ which was originally aired by FOX.

She won the ‘Young Artist Award’ for ‘Best Young Actress Guest Starring in a Television Series’ in 1991 for her role in the sitcom ‘Saved by the Bell.’

In 2000, she was nominated for the ‘Satellite Award’ under the ‘Best Supporting Actress in a Motion Picture - Comedy or Musical’ category for her role in the romantic comedy film ‘Trick.’ 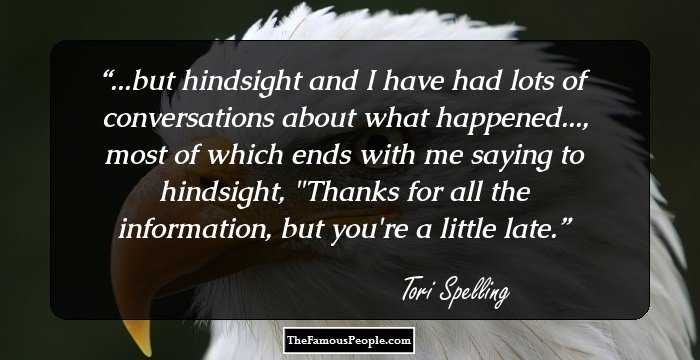 Her first marriage was with Charlie Shanian, an actor and playwright, on July 3, 2004. The marriage ended in divorce on April 20, 2006.

On May 7, 2006, she married actor Dean McDermott, after the latter divorced Mary Jo Eustace, to whom he was married for 12 years.

Spelling and McDermott had their vows renewed on May 8, 2010. The couple has five children.

This American actress and writer is the goddaughter of late singer and actor Dean Martin and actress Barbara Stanwyck.

This fabulous actress is also an ordained minister with the Universal Life Church Monastery.

See the events in life of Tori Spelling in Chronological Order