Advanced Search
Timothy Theodore “Tim” Duncan is a professional basketball player who has the distinction of being the only player in NBA history to be selected to both All-NBA and All-Defensive Teams during each of his first 13 seasons. The athletic player who started playing basketball only during his freshman year of high school currently plays for the San Antonio Spurs of the National Basketball Association (NBA). As a youngster he was more into swimming; his sister was an Olympic level swimmer and he too aspired to follow in her footsteps. His parents were very encouraging and he was on the way to realize his dream when the only swimming pool in his hometown was destroyed by a hurricane. Disappointed, though not disheartened he stared focusing on playing basketball and soon became an excellent player who won several awards even before graduating from college. He was the No.1 pick in the 1997 NBA Draft. He rose to become one of the greatest players in NBA history through his consistent performance and leadership qualities. He is most famous for playing at the power forward position but can also play center. He is not just a great player, but also a great human being who believes in giving back to the society—he created the Tim Duncan Foundation to raise awareness and funds for education, youth sports, and health issues. American People
Tall Celebrities
Tall Male Celebrities
Male Sportspersons
American Sportspersons
Childhood & Early Life
He was the only son of William Duncan, a mason, and his wife Ione, a midwife. He has two sisters.
His sister Tricia was an Olympic-level swimmer and young Tim too dreamt of being one. With the support of his parents he became an excellent swimmer and aimed of making it to the 1992 Olympic Games.
However his dreams came crashing down when his hometown’s only Olympic sized swimming pool was destroyed by Hurricane Hugo in 1989. Tragedy struck when his mother was diagnosed with breast cancer and died before his 14th birthday. He never swam competitively again.
In order to distract his mind, the well built teenager started playing basketball. He started playing the sport only in the ninth grade but soon became a standout for his high school, the St. Dunstan’s Episcopal High School.
He enrolled at the Wake Forest University in 1993 and earned a degree in psychology.
Dave Odom, the basketball coach of the Wake Forest University had a particular interest in Duncan and believed that the youngster showed potential. Duncan joined Odom’s Wake Forest Demon Deacons. 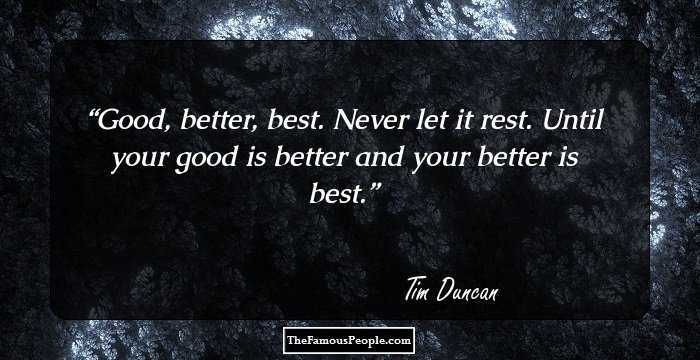 Quotes: Never
Continue Reading Below
Career
Initially Duncan struggled while playing for the Demon Deacons, but during the 1993-94 NCAA season he and his teammate Randolph Childress led the Deacons to a 20-11 win-loss record.
He was regarded as one of the most eligible NBA prospects in the 1994-95 NCAA season. While playing against the Oklahoma State he scored 12 points to go with 22 rebounds and eight blocks. However his team lost.
He had an individually impressive season during 1996-97 and averaged 20.8 points, 14.7 rebounds and 3.2 assists per game. He also won the Defensive Player of the Year award.
The San Antonio Spurs drafted Duncan in the 1997 NBA Draft. He had a great start and grabbed 22 rebounds against Chicago Bulls. In his rookie season he averaged 21.1 points, 11.9 rebounds and 2.7 assists. He was named the NBA Rookie of the Year.
His team qualified for the 1998 NBA Playoffs. He did not play well in his first playoff game against the Phoenix Suns though he went on to finish the game with 32 points and 10 rebounds. However the Spurs lost in the second round.
During the 1998-99 season, the team had a lackluster beginning. But Duncan and Robinson helped the team to finish the season with a 31-5 run. Duncan averaged 21.7 points, 11.4 rebounds, 2.4 assists and 2.5 blocks.
The 2001-02 season was one of his best and he created career high scores of 25.5 points per game with a league leading 764 field goals. He also averaged 3.7 assists and 2.5 blocks per game.
The Spurs’ captain Robinson retired during the 2003-04 season placing the responsibility of leading the team on Duncan’s shoulders. He had a strong season with averages of 22.3 points, 12.4 rebounds, 3.1 assist and 2.7 blocks.
The 2006-07 season was an awesome one for Duncan and the Spurs. He was selected as a Western Conference starter for the 2007 NBA All-Star Game. He led the Spurs to a 4-1 series win over the Denver Nuggets in the playoffs.
Continue Reading Below
The Spurs recruited several players such as Richard Jefferson, Keith Bogans, and DeJuan Blair for the 2009-10 season. The team had a bad start with a figure of 5-6, but Duncan’s amazing performance and leadership ensured that they achieved a 9-6 record by November.
He became the Spurs’ all-time leader in points into the 2010-11 season as the team compiled a 12-game winning streak with a figure of 13-2 after 15 games. In 2010 he became the 94th player in NBA history to play 1000 games.
During 2012 he was helped by his team mates Danny Green, Gary Neal and Tiago Splitter to make the playoffs with 58-24 regular season record.
He became the oldest player to record a 20-20 game in NBA history on 2 December 2013 when he finished with 23 points and 21 rebounds. 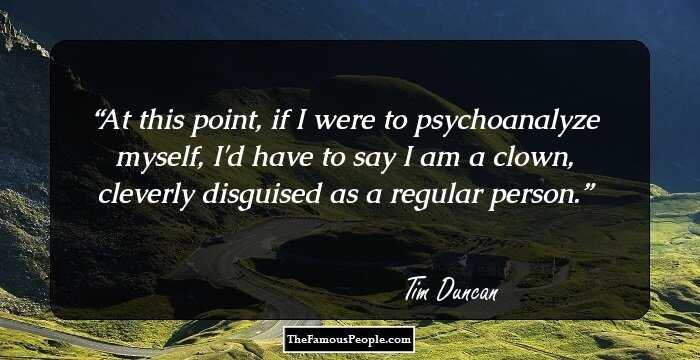 Awards & Achievements
He is a two-time Most Valuable Player (MVP) (2002, 2003), and three-time NBA Finals MVP (1999, 2003, 2005).
He was listed among the "100 Greatest Professional Basketball Players of The 20th Century" by the Association for Professional Basketball Research.
He was honored with the Virgin Islands Medal of Honor—the highest award bestowed by the Virgin Islands territorial government for his success and low-key personality.
Duncan is considered one of the greatest power forwards in NBA history with his versatility and consistent records. He regularly ranks among the top scorers, rebounders, and shot-blockers in the league, and is regarded as one of the league's best interior defenders.
Personal Life & Legacy
He married Amy in 2001 and had two children with her. The couple divorced in 2013. 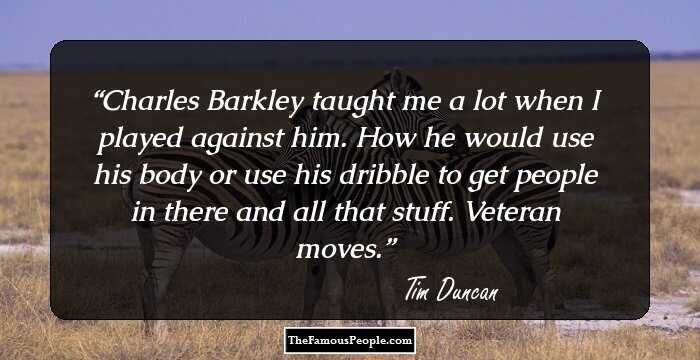 See the events in life of Tim Duncan in Chronological Order