Timo Werner is a German professional footballer who plays as a forward. Currently, he plays for Premier League club Chelsea and is also part of the German national team. Born to a football coach in Stuttgart, Germany, he began his training early in his childhood, joining his father’s club TSV Steinhaldenfeld, at the age of six and moving to VfB Stuttgart by the age of eight. Everywhere, he impressed his coaches with power and speed, shooting with both his legs.  By fourteen, he started appearing in international matches, playing in the U15, U16 and U17 teams, scoring a hat-trick on his first appearance for Germany U15 in a match against Poland. He began his club career at sixteen, playing for the U-19 team of VfB Stuttgart, scoring a total of 24 goals in the 2012-2013 season, remaining with the club, until it was downgraded in 2016. Thereafter, he joined RB Leipzig, playing for it for four seasons, before taking a transfer to Chelsea. Lothar Matthäus
DID WE MISS SOMEONE?
CLICK HERE AND TELL US
WE'LL MAKE SURE
THEY'RE HERE A.S.A.P
Quick Facts

Timo Werner was born on 6 March 1996 in Stuttgart, Germany. His mother’s name is Sabine Werner. His father, Günther Schuh, an amateur footballer, played as a striker at Stuttgart Kickers and upon retirement became coach for the higher junior team at TSV Steinhaldenfeld. Timo began his training under him.

As Timo turned six, Schuh took him to TSV Steinhaldenfeld, where Timo received training under youth coaches. When Schuh coached the older boys, Timo ran around the field, asking how fast he was after each lap. To build up his stamina, he also took his son for a run up the mountain.

At eight, Timo joined VfB Stuttgart academy, where too he impressed his coaches with his speed and strength, continuing to score goals, competing with older boys with utmost ease.  His shots were so powerful that it seemed he was five years older than he actually was.

During the 2012-13 season, Timo Werner began his club career, playing for the U-19 team of VfB Stuttgart, scoring a total of 24 goals, winning Gold U-17 Fritz Walter Medal for his form. At that time, he was just sixteen years old and a student of Stuttgart High School.

Also in 2013, he was selected to play in the Bundesliga, appearing in 30 matches in the 2013-2014 season. On 10 November, he scored a brace in a 3–1 win over SC Freiburg and with that he became the youngest player in Bundesliga history to score two goals in one game.

On 6 March 2014, as he turned eighteen, he signed a professional contract with VfB Stuttgart, playing thirty-two matches in the 2014-2015 season and thirty-three in the 2015-2016 season in the Bundesliga. During his tenure at VfB Stuttgart, he scored thirteen goals in ninety-five matches.

In 2016, VfB Stuttgart was downgraded, as a result of which, Timo Werner was forced to take a transfer to the newly founded RB Leipzig. On 11 June, he signed a four-year contract with the club for a reported transfer fee of €10 million.

In 2017-2018, he appeared in 32 Bundesliga matches ending the season with thirteen goals. Among them most noteworthy was his game against Bayern Munich, in which he led his club to victory over the league giant.

Also in 2017, Timo Werner was invited to play for the German senior team in a friendly match against England. However, it was not the first international game he played. Earlier, he had participated in 48 international matches for the German U-15, U-16, U-17, U-19 and U-21 steams, scoring a total of 34 goals in them.

In May 2017, he became a part of the German squad that participated in 2017 FIFA Confederations Cup and scored his first international goal against Cameroon on 25 June. On 29 June, he scored Germany's third goal in a 4–1 semi-final victory over Mexico and assisted a tournament winning goal against Chile on 2 July.

On 4 June 2018, he debuted in the World Cup in a match against Mexico. But, unfortunately his team was eliminated in the group stage and therefore, he could not show much of his talent there.  However, he continued to excel at home.

In 2018-2019, Timo Werner made 30 Bundesliga appearances, scoring a total of 16 goals. Among them, most notable were the two goals he scored against 1. FC Nürnberg on 7 October 2018. The first goal was his 50th Bundesliga goal.

His game against Hertha BSC in November 2018 was equally noteworthy, scoring twice in a 3–0 league win over their rival. In December, he registered his fifth Bundesliga brace.

On 27 January 2019, he played his 100th game for RB Leipzig in Bundesliga and in May became the first RB Leipzig player to score 50 goals. That apart, he also played 4 National Cup matches, scoring 3 goals in 2018-2019. However, his appearance in 3 UEFA Champions League matches failed to produce any goal.

On 30 August 2019, he scored his first Bundesliga hat-trick in a match against Borussia Mönchengladbach.  On 5 October 2019, he appeared in the 100th Bundesliga game for RB Leipzig.

On 18 June 2020, he signed in with English Premier League club Chelsea with a yearly salary of 5 million Euros. He made his league debut on 14 Septembe 2020. Meanwhile on 27 June 2020, he played his final match as a Leipzig player, scoring 2 goals in a 2-1 win against Augsburg.

On 7 November, 2020, he scored one goal against Sheffield United, thereafter going through a dry period, unable to score any goal for the next 14 games. Finally, he broke the slump and scored a goal in Chelsea’s 2-0 win over Newcastle United in the Premier League on 15 February 2021.

As of 29 May 2021, Timo Werner has played in35 league games for Chelsea and has scoring 6 goals for them. That apart, he has appeared in 4 German National Games and 12 UEFA Europa League games during the 2020-2021 season, scoring 1 and 4 goals respectively.

Timo Werner is currently dating Julia Nagler, a model. They are in a relationship since the beginning of his career with VfB Stuttgart.

As Timo Werner turned seven, his father promised to pay him certain amount of money every time he scored a goal. But by eight he had begun scoring so many goals that his father had to change the rule and started paying only for those goals he scored with his head or left foot.

See the events in life of Timo Werner in Chronological Order 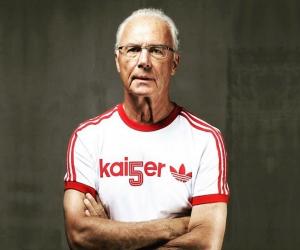