Terra Vlach is an American YouTube personality who is best known for running a family vlogging channel on YouTube called ‘SmellyBellyTV’ which primarily features her three daughters. She is also famous for being a part of the channel ‘Jesse and Terra Vlogs’. She runs a self-titled channel on the social platform as well. Being the matriarch of the SmellyBellyTV family, Vlach has contributed a lot to the success of the channel. The channel—that has over 1.7 million subscribers (as of May 2018—is one of the most viewed kids’ channel on YouTube. Talking about her secondary channel ‘Jesse and Terra Vlogs’, it has also got a decent number of subscribers. On a personal note, Vlach loves filming every moment of her life. As a mother, she loves the idea of bringing up her kids in front of the camera. The American YouTuber believes in turning every new day into a positive experience. She currently lives with her husband Jesse and daughters Jayla, Rory, and Aydah in Florida. 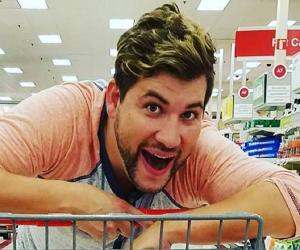 American People
Female Vloggers
Female YouTubers
Scorpio Youtubers
American Vloggers
Rise to Stardom
Terra Vlach launched her self-titled YouTube channel on March 19, 2007. Although this channel has less than 100 subscribers, it has the links to some interesting videos, including the ones on SmellyBellyTV. Talking about the channel SmellyBellyTV, it was launched by Vlach on January 31, 2015. Since then, she has been posting vlogs concerning her daughters’ lives on it. This channel has amassed over 1.7 million subscribers and 7 billion views (as of May 2018) and is one of the popular channels on YouTube.
Recommended Lists:

American YouTubers
American Female Vloggers
American Women YouTubers
Scorpio Women
Some of the most viewed vlogs on this channel are 'Baby Rory Cut off the Circulation to Her Foot- Will She Be Okay', 'SmellyBelly TV Christmas Special- Surprise Twins' and 'Jayla's First Time at the Tattoo Shop!! What Does She Get'. The first video, that has over 2.2 million views, is a scary yet crazy story telling video featuring Vlach daughter’s Rory. The second video, with over 1.5 million views, depicts Aydah and Rory getting a huge surprise on Christmas 2017. The third video is a general vlog featuring Vlach daughter’s Jayla and her first tattoo experience.
Terra Vlach’s third channel ‘Jesse and Terra Vlogs’ is also an interesting channel to follow. This channel was launched in 2015 and features daily vlogs and other amazing Vlach family moments. It has over 37k subscribers as of May 2018.
Continue Reading Below
Personal Life
Terra Vlach was born on November 7, 1985 in the USA. She is originally from Louisiana. The information regarding her childhood, parents, early life as well as education is not available on the web. Coming to her love life, the American YouTuber has been married to Jesse Vlach since 2007. The couple has three daughters: Jayla, Rory and Aydah. Currently, Vlach is also active on Twitter.