Advanced Search
Ted Sarandos is the Chief Content Officer for Netflix, who is best known for creating original content for the platform in the United States and internationally. He oversaw the production of series such as 'House of Cards', 'Arrested Development', 'Orange is the New Black', 'Stranger Things', 'Dark' (Germany), 'La Casa De Papel' (Spain), and 'Sacred Games' (India), as well as original films like 'To All the Boys I've Loved Before', 'Bright', 'Bird Box', and the 3-time Academy Award winning film 'ROMA'. He is also responsible for the company's massive investment in the UK, which resulted in over 40 shows including global hits like 'Our Planet' and 'The Crown'. He, however, faced criticism for signing a multi-picture deal with Adam Sandler, but defended the action stating that Sandler's poorly-received 2015 film 'The Ridiculous 6' garnered the highest number of Netflix viewers in its release-month. Mark Zuckerberg
30th July In History
DID WE MISS SOMEONE?
CLICK HERE AND TELL US
WE'LL MAKE SURE
THEY'RE HERE A.S.A.P
Quick Facts

American People
American CEOs
Leo Entrepreneurs
American Entrepreneurs
Leo Men
Childhood & Early Life
Theodore 'Ted' Anthony Sarandos Jr. was born on July 30, 1964 in Phoenix, Arizona, United States, to electrician Ted Sarandos and his homemaker wife. He is the fourth of five children, and has three older sisters and a younger brother.
Growing up in an entertainment obsessed family, he watched countless hours of films and television shows as a kid. While he was in high school, his family bought a VHS player and he begun frequenting the nearby Arizona Video Cassettes West, the second such store to open in the state.
He bagged a part-time job at the store while still in school, and met and interviewed actor Ed Asner for an article in his high school newspaper. Through Asner, he was able to meet and interview several other celebrities in the entertainment industry, which further fueled his interest in entertainment, politics, and journalism.
He enrolled at the Arizona State University for his journalism major, but dropped out midway to manage the video store. He also attended Glendale Community College.
Continue Reading Below
Career
Ted Sarandos managed eight retail video stores in the 'Arizona Video Cassettes West' chain between 1983 and 1988. In 1988, he became the Western Regional Director of Sales and Operations for East Texas Distributors, one of the largest video distributors in the US.
He later joined as the Vice President of Product and Merchandising for Video City/West Coast Video, which has an almost 500-store chain, and worked there until March 2000. His job responsibilities included negotiating revenue deals to migrate the company from the VHS format into the DVD format.
He first met Netflix CEO Reed Hastings in 1999, when it was a DVD-by-mail rental service, and subsequently was interviewed for the post of Chief Content Officer of the company. While he lacked the technical knowledge of the other applicants, according to Patty McCord, Netflix's first chief talent officer, he had exceptional knowledge of the film industry and was quick to grasp Netflix's business model.
He took charge at Netflix in 2000 and quickly focused on subscriber growth than on ratings, using Netflix algorithms to predict viewers' interest in various programs. He oversaw the acquisition and creation of original series such as 'House of Cards', 'Orange is the New Black', 'Stranger Things', and 'Sacred Games'.
He is a Former Chapter President and Board Member of Video Software Dealers Association and became an Executive Committee Appointee member of Academy of Television Arts & Sciences in 2015.
He is in the retail advisory boardof Digital Entertainment Group and on the advisory boards of- Los Angeles Greek Film Festival, Los Angeles Film Festival, and Tribeca Film Festival, and is a trustee of International Documentary Association and Exploring The Arts.
Family & Personal Life
Ted Sarandos first married Michelle Sarandos, with whom he had two children: Sarah and Tony. They moved from Phoenix to Los Angeles after he was hired by Netflix, but their marriage later ended in divorce.
His second marriage was to politician Nicole Avant, the daughter of former Motown Chairman Clarence Avant and producer Lawrence Bender. The couple got married in 2009, and the same year, Nicole was appointed United States Ambassador to the Bahamas by President Barack Obama.
He and Avant initially lived in her hometown of Beverly Hills, California, but later moved to the Hancock Park neighborhood of Los Angeles. In 2013, they purchased a beachfront house in Malibu from David Spade for $10.2 million.
In 2009, he and his wife held a fundraiser for President Barack Obama's 2012 campaign in Southern California, which raised over $700,000. They supposedly orchestrated Netflix's multi-year deal with the Obamas, announced in May 2018, which prompted some users to threaten boycotting the platform for being political.
Trivia
Ted Sarandos has revealed his Greek heritage detailing how his paternal grandfather came from the Greek island of Samos to the US as a young boy. Their original family name was Kariotakis, which his grandfather later changed to Sarandos.

See the events in life of Ted Sarandos in Chronological Order 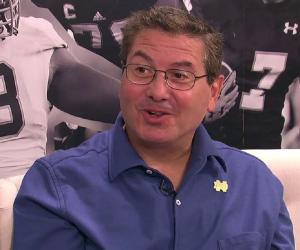