Stanley Getz, professionally known as Stan Getz, was an American jazz saxophonist, noted for his warm, lyrical tone. Born into a migrant low-income family, he started playing harmonica at the age of six. Later, he learned to play bass and then a bassoon and finally saxophone, which he received as a birthday present at thirteen. At sixteen, he left school to start his career in music with various well-known bands, coming into prominence with Woody Herman’s Second Herd, meanwhile featuring in various albums. At twenty-two, he embarked on his solo career, performing and recording mostly in New York before taking his first trip abroad at twenty-four. By then he had got involved in substance abuse and subsequent brushes with law, which often hampered his career. But each time, he returned with a bang; he recorded over 150 albums in his lifetime, which include such great works like Stan Getz At Storyville Vol. 1 & 2, Focus, Jazz Samba, and Getz / Gilberto. He was aptly nicknamed The Sound for his brilliant renditions. Stanley Getz was born on February 2, 1927, in Philadelphia, USA. His father, Alexander "Al" Getz, was a Jewish emigrant, originally from Ukraine, while his mother, Goldie née Yampolsky, was US-born. Their original family name was Gayetski, which was changed to Getz once Al and his parents landed in the USA.

Born elder of his parents’ two children, he had a brother called Robert. Little is known about their childhood except that the family was never prosperous. His father, an alcohol-abuser, did low level jobs, often drifting from one employment to another, moving to Bronx, New York City, when Stanley was six.

Wherever he went, if there was a musical instrument around, Stanley would gravitate towards it. At six, he got hold of a harmonica, which he taught himself to play. Very soon, he was imitating the complex jazz arrangements like Benny Goodman's King Porter Stomp, which he heard over the radio.

In 1940, his parents managed to buy him a second-hand and battered alto saxophone as a birthday present. He quickly mastered the instrument by himself and began to play in local gigs.

In 1941, he was accepted into the All City High School Orchestra of New York City, which helped him to get private tuitions with Simon Kovar. He studied bassoon with him free of cost for six months. Soon, he became a regular on the local gigs and was frequenting jazz band rehearsals.

In 1943, while attending a rehearsal, Stanley Getz found a position vacant at trombonist Jack Teagarden's band. He quickly seized the opportunity and was hired the same day at a salary of $70 a week. The next day, he left home to travel with the band.

Teagarden's band broke up in 1944. Since most of the senior musicians were away, serving military duty, there was no dearth of job for young Getz and in the same year he joined Stan Kenton, appearing as a tenor saxophonist in the seventh track of his album, Stan Kenton Classics.

He remained with Kenton possibly until early 1945. Thereafter, he worked with Jimmy Dorsey for a brief period before joining Benny Goodman, recording several songs with him, which would later be compiled as The Benny Goodman Story.

In 1947, he was fired by Goodman for missing performance due to heroine abuse.  Shortly, he joined The Second Herd, a popular band led by Woody Herman, remaining with the group till 1949, thereafter embarking on his solo career.

The time with Herman was a very productive period for Getz. As a member of Four Brothers, the Second Herd’s saxophone section, he specialized in cool-toned modern jazz, featuring in numerous hit pieces, including Four Brothers (1947) and Early Autumn (1948).

Concurrently, he continued to appear in several other albums, including Twelve Shades of Blue (1947) and The Thundering Herds (1948). Soon, he developed a feather-light, vibratoless tone that showed the influence of his idol, Lester Young.

In 1949, after leaving the Second Herd, Stanley Getz began to perform mostly in the New York City, recording several pieces at sessions in 1949-1950.  Also in 1950, he formed a quartet with pianist Horace Silver, guitarist Jimmy Raney, and trombonist Bob Brookmeyer, going on a tour to Sweden in 1951.

In 1952, his career got a big boost when he was featured on Johnny Smith's version of Moonlight in Vermont. Also in the same year, Horace left the group allegedly for nonpayment of his sues. It is sad that Getz had been using most of the money on expensive alcohol and heroine.

In early 1950s, he tried to give up his heroin addiction; but unable to control himself he tried to frighten a drugstore owner, mimicking a gun with his finger under his coat, to sell him morphine in February 1954. It led to his arrest and six months jail term.

On his release, he stopped taking morphine; but began to drink a lot. However, he continued to perform, releasing several albums including Stan Getz Quartets and West Coast Jazz in 1955. He also coordinated with other well-known artists to produce records such as Hamp and Getz.

In 1955, he traveled to Sweden, where he recorded eight pieces for his 1956 collection Stan Getz in Stockholm. On his return home, he continued to work, recording For Musicians Only with Dizzy Gillespie and Sonny Stitt in 1956. It was followed in the same year by Steamer.

On his return to the USA in 1961, he teamed with arranger Eddie Sauter to record Focus. Thereafter, he continued to release several hit albums including Jazz Samba (1962), which introduced bossa nova music in America.

Continuing to perform and record throughout 1970s and 1980s, he returned to traditional acoustic jazz instrumentation in 1981, holding on to it for the remainder of his career. Meanwhile from 1982 to 1988, he taught at Stanford University as an artist-in-residence at the Stanford Jazz Workshop.

Stanley Getz is possibly best known for his 1962 album, Focus. Arranged by Eddie Sauter, the work is a mixture cool jazz and third-stream genre of music and is regarded as a high point in their careers.

Among his singles, The Girl from Ipanema is probably the most popular. Recorded in collaboration with João Gilberto for their 1964 album, Getz/Gilberto, it earned Getz his second Grammy Award.

By his teenage, Stanley Getz had become involved with drugs and alcohol, which he tried to give up several times. But the habit relapsed each time, spelling a doom for his personal life.

In 1956, he married his second wife Monica Silfverskiöld, having two children, Pamela, and Nicolaus with her. Monica, who raised all the five children together, also helped Getz to battle his addiction. They had more or less a happy family life until Getz’s addiction relapsed in late 1980s. Their divorce was finalized in 1989.

On June 6, 1991, Stanley Getz died of liver cancer in Malibu, California. His body was cremated and ashes were poured from his saxophone case six miles off the coast of Marina del Rey.

See the events in life of Stanley Getz in Chronological Order 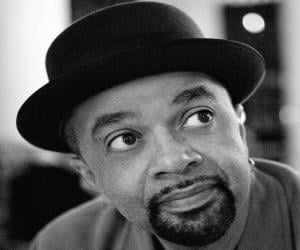