Shera Danese, born as Shera Lynn Kaminski, is an American film and television actress who was married to actor Peter Falk until his death in 2011. Their 33-year-long marriage was one of the most long-lasting and talked about relationships in Hollywood. A New York state native, Danese’s first foray into the world of glamour was through various beauty pageants which ultimately culminated into her becoming Miss Pennsylvania World in 1970. She made her acting debut in an episode of the anthology series ‘Medical Story’ in 1975. Her next important outing was in the Martin Scorsese’s revisionist musical ‘New York, New York’, which was released in 1977. She married Falk in the same year, and although the union did not produce any children, she helped him raise his two adopted daughters. In 1983, she worked with Tom Cruise in one of his early blockbusters, ‘Risky Business’. However, her husband’s iconic television show ‘Columbo,’ in which she played a major role, still remains the most significant entry in her filmography. 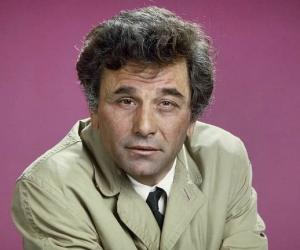 Lily-Rose Depp
Actresses #2503
Film & Theater Personalities #6152
DID WE MISS SOMEONE?
CLICK HERE AND TELL US
WE'LL MAKE SURE
THEY'RE HERE A.S.A.P
Quick Facts

American People
New Yorkers Actresses
Libra Actresses
American Actresses
Actresses Who Are In Their 70s
Career
In her first screen appearance, Shera Danese portrayed a character named Kitty in the episode ‘An Air Full of Death’ (1975) of the Catherine Burns and Meredith Baxter starrer ‘Medical Story’. She then played small roles in CBS’ sitcom ‘One Day at a Time’ (1976), ABC’s detective series ‘Baretta’, and made-for-television drama ‘Having Babies’ (1976). She was also cast in multiple roles in ABC’s sitcom ‘Three’s Company’ (1976-77).
With ‘New York, New York’, she made her film debut in 1977, playing one of Robert De Niro’s girlfriends. In the next few years, she appeared in CBS’ drama ‘Kojak’ (1977), ABC’s action-comedy ‘Starsky and Hutch’ (1977-78), ABC’s crime-drama ‘Charlie’s Angels’ (1979), ABC’s soap opera ‘Family’ (1978-79), and ABC’s action-adventure ‘Hart to Hart’ (1979). Besides these, she was also cast in several television films, including ‘Fame’ (1978), ‘The Love Tapes’ (1980), and ‘Your Place... or Mine’ (1983).
Danese played the recurring role of Luana in another CBS’ sitcom ‘Ace Crawford... Private Eye’ (1983). In ‘Risky Business’, she competed with Rebecca De Mornay for Cruise’s attention and in yet another CBS’ sitcom ‘Suzanne Pleshette Is Maggie Briggs’ (1984), she guest-starred as Connie Piscipoli.
She had appeared in more episodes of ‘Columbo’ (1976-97) than any other actress, totalling in six. While she never played the murderer, she did portray one of the conspirators in ‘A Trace of Murder - 25th Anniversary Movie’ (1997).
Her final acting role to date was in the episode ‘The Runaway Bunny’ (2010) of CBS’ police procedural drama ‘Cold Case’.
You May Like

Women Film & Theater Personalities
American Film & Theater Personalities
American Female Film & Theater Personalities
Libra Women
Continue Reading Below
Controversies & Scandals
In later years, Shera Danese’s relationship with her stepdaughter Catherine became strained. According to the showbiz website, Catherine’s relationship with her own father had deteriorated as well after she sued him to get him to continue paying her college tuition. In June 2009, Catherine accused her stepmother of not letting her see her father and sued to get the conservatorship of Falk. She lost and the judge awarded the conservatorship to Danese. Catherine was granted the permission to see Falk once in a month at a neutral location.
Charity Works
Despite being slightly allergic to dogs, Danese has adopted numerous dogs over the years and is one of the most vocal and active contributors to various animal charities. She also presides over the Los Angeles Pet Memorial Park & Crematory in Calabasas, California. In October 2015, at the Last Chance for Animal (LCA) annual gala, she was conferred with the Albert Schweitzer Award in recognition of her works.
Personal Life
Danese was born as Shera Lynn Kaminski on October 9, 1949, in Hartsdale, a hamlet and a census-designated place (CDP) in the town of Greenburgh, New York. Having participated in, and won quite a few beauty contests, the high point in her pageant career came about in 1970 when she was crowned Miss Pennsylvania World.
Danese met Falk, who was 21 years her senior, on the set of the 1976 indie drama film ‘Mikey and Nicky’. He saw her one day walking down the street and it was love at first sight for him. However, it took a while for her to be convinced to marry Falk. Danese, a Catholic, married Falk on December 7, 1977, at the Church of the Good Shepherd in Beverly Hills, California. Falk was previously married to Alyce Mayo with whom he had adopted two daughters, Catherine and Jackie Falk.
It was reported in December 2008 by several news outlets that Falk had been diagnosed with Alzheimer's disease. He had also been suffering from dementia. In the final years of her husband’s life, Danese took care of him. He died from cardiorespiratory arrest, with pneumonia and Alzheimer's disease being the underlying causes, on the evening of June 23, 2011, at their long-time home on Roxbury Drive in Beverly Hills. He was 83 and was survived by Danese, Mayo, and his two daughters.
You May Like