Dulce Maria Garcia Rivas, better known as “Sexy Star,” is a Mexican “Luchadora enmascarada,” or a masked female professional wrestler. Garcia was born and raised in Mexico. She has learnt combat boxing and has studied communication sciences. During the initial stages of her career as a wrestler, she used the ring name “Dulce Poly” and won both the ‘Federacion Internacional de Lucha Libre (FILL) Women’s Championship’ and the ‘FILL Mixed Tag Team Championship.’ Later, she joined ‘Asistencia Asesoria y Administracion (AAA) Worldwide’ and made appearances as the masked character “Sexy Star.” She won the ‘AAA World Mixed Tag Team Championship.’ She is also a three-time winner of the ‘AAA Reina de Reinas Championship.’ Garcia was the first female to win the ‘Lucha Underground Championship.’ She also won the ‘Gift of the Gods Championship.’ Later in her career, Garcia unmasked herself and announced that she would be changing her profession to boxing and would use the ring name “Dulce Garcia.” She is married to boxer Jhonny González. 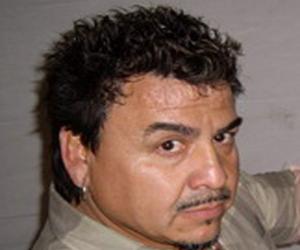 Mexican People
Women Wrestlers
Mexican Wrestlers
Women Sportspersons
Mexican Sportspersons
Childhood & Early Life
Dulce Maria Garcia Rivas was born on September 20, 1982, in Monterrey, Nuevo León, Mexico. Growing up, Garcia participated in combat sports such as boxing, kickboxing, and Muay Thai. She studied communication sciences and worked in the same field before joining wrestling.
She received her wrestling training from Humberto Garza Jr., Mr. Lince, Gran Apache, and Abismo Negro. She made her professional debut on August 29, 2006.
Continue Reading Below
You May Like

The Hottest Male Celebrities With The Best Abs
Career
Garcia made her debut on a ‘FILL’ show, where she used the ring name “Dulce Poly.” She worked together with one of her trainers, Humberto Garza Jr., and they won the ‘FILL Mixed Tag Team Championship.’ In December 2006, she won the ‘FILL Women’s Championship.’ However, she lost it to La Bandiad in February 2007.
Later, she made her debut for ‘AAA.’ There, she appeared as the “enmascarada” (masked character) “Sexy Star,” a “técnica," or a “fan favorite character.” She began with a “Relevos Atómicos de locura” or an “Eight-man madness” match, along with other wrestlers, but she did not win. The chief trainers for “luchadoras,” Abismo Negro and Gran Apache, trained her further.
In 2007, she participated in the ‘Reina de Reinas,’ or the ‘Queen of Queens’ tournament. She and five others survived a 16-woman “torneo cibernetico” tournament. In the end, another participant, Tiffany, won the title. In 2008, she participated in the tournament again but lost to Mari Apache.
In 2009, Garcia was assigned a part in ‘AAA’s long-running storyline involving real-life husband and wife Billy Boy and Faby Apache. She was introduced in the show as Billy Boy’s new romantic interest, thus becoming a “rúdo,” or a “villain.” More twists and turns in the story led to an inter-gender betting fight in a steel cage, on the 2009 show ‘Verano de Escandalo.’ Faby Apache won the match. Following this, the story revolved more around the competition between Faby Apache and Sexy Star, which led to their face-off in a “Bull Terrier” match. There was interference from ‘La Legión’ members, which helped Garcia beat Faby Apache and win the title. Garcia also became a member of ‘La Legión.’ She was the only Mexican woman in the group. The show continued with many more twists in the story.
Before her ‘Reina de Reinas Championship’ match, Garcia went to Tampa, Florida, to participate in the ‘World Wrestling Entertainment (WWE) Florida Championship Wrestling’ tryouts. But she was rejected for various reasons. Later, she lost the ‘Reina de Reinas Championship’ to Mari Apache in a six-person tag-team match. ‘AAA’ demoted her to random opening matches. She was removed from the ‘La Legión Extranjera.’ However, she reappeared in ‘La Legión Extranjera’ by March 2011, under the ‘La Sociedad’ banner.
She won the ‘AAA Reina de Reinas Championship’ for the second time by defeating Pimpinela Escarlata in a “lumberjack match” in December 2011. Garcia participated in a 12-person steel-cage ‘Hairs vs. Masks’ ‘Rey de Reyes’ event in March 2012. She managed to escape the cage in the end.
‘AAA’ held the 2012 ‘Reina de Reinas’ tournament in collaboration with ‘Pro Wrestling Wave’ at the ‘Kōrakuen Hall’ in Tokyo. Garcia retained her title after defeating Jennifer Blake in her opening match and then Kaguya in the finals.
Garcia gave up her title in February 2013 and became inactive. She did not disclose the reasons for her actions. Later, it was learnt that she had temporarily quit wrestling because of her pregnancy.
In December 2013, she returned to ‘AAA’ at ‘Guerra de Titanes’ and managed to escape from an eight-way steel-cage ‘Hair vs. Hair’ match. In April 2014, she, along with Pentagón Jr., won the ‘AAA World Mixed Tag Team Championship’ for the first time. In February 2016, it was reported that Garcia had quit ‘AAA’ permanently and had retired from professional wrestling.
In July 2017, she made an unexpected come-back to ‘AAA’ and won the vacant ‘Reina de Reinas’ title. In August 2017, an incident during a four-way match at ‘Triplemania XXV,’ where Garcia submitted and injured opponent wrestler Rosemary with a “shoot” (an unplanned, unscripted real-life occurrence within a wrestling event), adversely affected her wrestling career. A number of prominent professional wrestlers spoke against her actions. Garcia issued a letter through which she explained the circumstances and tried to clear her name. However, in September, her title of ‘Reina de Reinas’ was revoked.
Garcia was one of the five ‘AAA’ wrestlers to participate in the ‘El Rey’ program ‘Lucha Underground’ (2014–2016). She won her first mask in February 2015, by defeating Super Fly in a ‘Mask vs. Mask Lucha de Apuestas.’ In August 2015, she was one of the seven participants on ‘Ultima Lucha’ for the ‘Lucha Underground Gift of the Gods’ match, which she failed to win. In the second season of ‘Ultima Lucha,’ in January 2016, Garcia became first female ‘Gift of the Gods Champion.’ However, she lost this title in March 2016. She became the first female ‘Lucha Underground Champion’ by winning the third ‘Aztec Warfare’ in April 2016, but she lost the title the very next day.
She made her debut in ‘Shimmer Women Athletes’ in November 2016. In April 2017, she defeated Kellyanne in a singles match at ‘Shimmer 91.’
During a boxing event in Mexico City in July 2016, Garcia unmasked herself and declared that she would be changing her profession to become a professional boxer. Using the ring name “Dulce Garcia,” she defeated Yanely Ceja Hernandez, in her debut boxing match in April 2017.
Garcia appeared in the ‘National Geographic Channel’ show ‘Tabú’ in 2010. In 2017, she started working on few projects for Monterrey’s ‘Multimedios Televisión,’ which included co-hosting the children’s afternoon show ‘Destardes.’
Personal Life
Not much is known about Garcia’s personal life. She gave birth on August 5, 2013. In June 2015, she married boxer Jhonny González.
You May Like

See the events in life of Sexy Star in Chronological Order 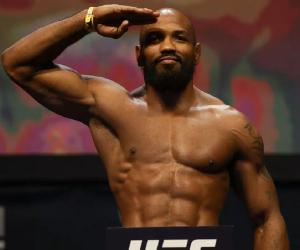