Marina Ann Hantzis, popularly known as Sasha Grey, is an American model, actress and musician. A renowned model, she has done campaigns for French fashion designers, Italian footwear brands, and American apparels, among others. A former adult film actress, she shot to fame after venturing into adult films and grabbed media attention in a short span. Sasha won a number of awards for her works, including AVN Awards, XRCO Awards, FAME Awards, XBIZ Awards, and many others. In 2009, she was voted number 1 on Genesis magazine's ‘Porn's Hot 100’ list. However, in April 2011, she retired from adult films, and began focusing on mainstream acting. She debuted in Steven Soderbergh's ‘The Girlfriend Experience’ in the lead role. She also appeared in the Canadian horror film ‘Smash Cut’, and portrayed herself in the seventh season of the HBO drama series ‘Entourage’. A former member of the musical collaboration aTelecine, she has contributed her vocals to the band’s singles and has also appeared in their music videos. American People
Actresses
Adult Film Stars
American Women
California Actresses
Career
In 2006, after Marina Ann Hantzis turned 18, she moved to Los Angeles and started appearing in adult films. She first adopted the name Anna Karina, after a French actress, but eventually changed to Sasha Grey. Her first adult film was ‘The Fashionistas 2’ by John Stagliano. In January 2007, she received two awards at the AVN Adult Movie Awards. She also started her own agency, L.A. Factory Girls, and represented herself in the adult industry through it. Within six months of venturing into the adult film industry, she was noticed and the media appreciated her work. The ‘Los Angeles’ magazine touted her as a potential star, ‘The Insider’ interviewed her, and the ‘Rolling Stone’ magazine profiled her. In 2011, CNBC named her as one of the 12 most popular stars in adult films.
As a model, Sasha has modeled for renowned fashion designers. She modeled for French fashion designer Max Azria's clothing line Manoukian, Italian footwear brand Forfex, and Richard Kern for Vice magazine. She also modeled for James Jean, Frédéric Poincelet, Zak Smith and David Choe. She was featured in the famous adult magazine, 'Playboy’ twice. An advocate for animal birth control, she appeared in an ad for PETA in 2010.
Sasha Grey ventured into mainstream acting and bagged the lead role in Steven Soderbergh’s 2009 film ‘The Girlfriend Experience.’In the same year, she appeared in Lee Demarbre’s Canadian horror film ‘Smash Cut’. In 2010, she played an anti-sex Christian in Richard O'Sullivan’s horror film ‘Hallows’. The following year, she was cast in Mark Pellington’s thriller film ‘I Melt with You’. She also did an Indonesian film ‘Shrouded Corpse Bathing While Hip-Shaking’, and a French film ‘Life.’ On the small screen, she was featured in the HBO show ‘Entourage’ season seven, where she portrayed herself in a fictional version.
In 2008, Sasha started a music collaboration with Pablo St. Francis called aTelecine. Their first EP, ‘aVigillant Carpark’, was released in 2009, and in 2010, their first LP, ‘And Six Dark Hours Pass’ was released. It was followed by ‘A Cassette Tape Culture’. ATelecine's first album, ‘The Falcon and the Pod’, was released in August 2011. She left the group in July 2013. Sasha contributed her vocals to the band Current 93’s album ‘Aleph at Hallucinatory Mountain’ and X-TG’s album ‘Desertshore’. She also performs as a DJ in the United States and Canada.
You May Like 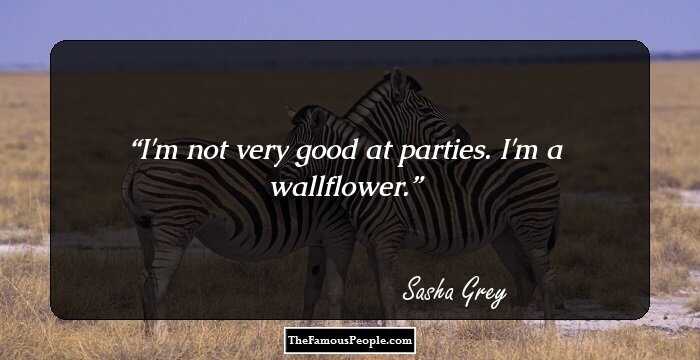 Continue Reading Below
Personal Life
Sasha Grey was born as Marina Ann Hantzis on March 14, 1988, in Sacramento, California, USA. While her father was a Greek-American, her mother is of English, Irish and Polish descent. Her father was a mechanic and her mother worked for the state of California. The couple divorced when Sasha was just five. Her mother remarried in 2000. Sasha’s biological father died in June 2015.
Sasha attended four high schools, including Highlands High in California, and graduated at the age of 17. In late 2005, she went to Sacramento City College to study film, dance, and acting. However, she dropped out after a few months.
She worked as a waitress in a steakhouse and saved $7,000 to move to Los Angeles to try her hand in the adult film industry. Her parents were not happy with her decision.
In 2011, when she attended a Guest Reading Program at Emerson Elementary School in Compton, California, the parents objected to the fact that a former adult film actress read for their children.
Recommended Lists: 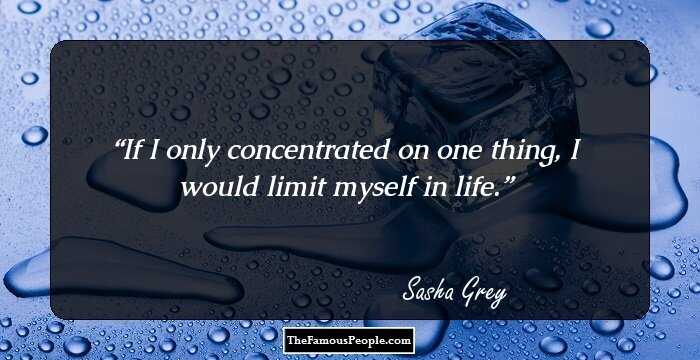