Samuel Rader is an American nurse and professional wedding photographer who runs a popular YouTube channel as well. He collaborates with his wife Nia on their family vlogging channel ‘Sam and Nia’ where the couple uploads videos concerning their everyday life. Till date, they have over 100 videos that have over 1 million views, eight videos with more than 10 million views and three video with over 20 million views. Rader, along with his wife, rose to fame after sharing a video titled "Good Looking Parents Sing Disney's Frozen (Love Is an Open Door)". This video went viral in 2014 and was an instant success. In August 2015, the duo had another viral video in which Radar surprises Nia with her own pregnancy. A few days later, the couple announced that the pregnancy ended in a miscarriage resulting in a lot of skepticism of the news in the first place. Currently, Rader has three kids with Nia and the couple resides in the USA. Talking about their channel’s popularity, it has surpassed 2.3 million subscribers. Also, the channel has about 8 million views as of April 2018. 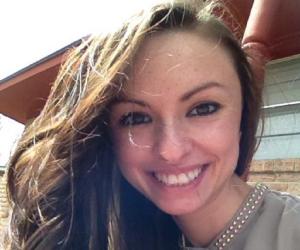 Logan Paul
Vloggers #768
YouTubers #600
DID WE MISS SOMEONE?
CLICK HERE AND TELL US
WE'LL MAKE SURE
THEY'RE HERE A.S.A.P
Quick Facts

American YouTubers
Scorpio Men
Three of the most popular videos on the channel are 'Dad Turns Pool Into Emoji', 'Gum In Our Pool' and 'The Miraculous Birth of Juliet'. The first two videos are pool time vlogs while the third video is a birth vlog. As of April 2018, these videos have over 35 million, 10 million, and 9 million views respectively. Each one of these also has hundreds of thousands of likes. Just like these videos, the other videos on the channel are also worth watching. Any family-oriented person who loves their spouse and children would be able to relate to Sam Rader’s videos!

Who Is The Greatest Female Warrior In History?
Continue Reading Below
Pregnancy Announcement & Miscarriage
In June 2015, Sam Rader uploaded a video of him surprising Nia with the news of her own pregnancy by dipping a pregnancy testing device into a toilet bowl with Nia’s urine in it on a morning she didn't flush. The video titled “Husband Shocks Wife with Pregnancy Announcement” went viral in no time. Three days later, in another emotional video, the couple announced that the pregnancy ended in a miscarriage. This video too went viral and garnered mixed reactions. Some people supported them while some others doubted the authenticity of their claims.
Ashley Madison Scandal
Three days after the news of the miscarriage was disclosed, it was revealed that Sam Rader had an account on an adult affair website called Ashley Madison three years prior. This news was picked by many media companies. Within two days, Rader, with his wife by his side, uploaded a video apologizing for having the account. He also disclosed in the video that God and Nia had forgiven him.

Personal Life
Samuel Rader was born on October 26, 1985 in California, USA. He attended Wills Point High School in Texas and later studied at Trinity Valley Community College. He then received his BS degree in nursing from the University of Texas at Arlington. Coming to Rader’s love life, he dated Nia for about five years before marrying her on September 12, 2009. As of now, the couple has three kids: Abram, Juliet and Symphony.

Trivia
In 2014, Rader and his wife won an Artists Music Guild award for their video "Good Looking Parents Sing Disney's Frozen (Love Is an Open Door)".
In 2015, the Daily Dot ranked the couple at #3 in its ‘Most Influential YouTubers’ list.
Digital Spy in 2017 named them at #6 in their list of ‘7 of YouTube's most shocking scandals.’