Salli Elise Richardson-Whitfield is an actress and director from America. She gained fame for portraying Angela in the action-comedy film ‘A Low Down Dirty Shame’ and Dr. Allison Blake in the Syfy comedy-drama series ‘Eureka’. She has also appeared in films like ‘The Great White Hype’, ‘Antwone Fisher’, ‘Anacondas: The Hunt for the Blood Orchid’, and ‘I Am Legend’. Originally from Illinois, Richardson began acting when she was a high school student and became a prolific stage actress before making the transition to the screen. She made her screen debut in 1991 in the drama film ‘Up Against the Wall’. Her TV debut occurred in the following year in an episode of ‘Silk Stalkings’. She married actor Dondre Whitfield in 2002, and since 2009, has been credited for all her projects as “Salli Richardson-Whitfield”. She had her directorial debut in 2011 with the short film ‘Grace’. For her performance in ‘Eureka’, Richardson was nominated for an NAACP Image Award for Outstanding Actress in a Comedy Series. She has also received a nomination for Black Reel Award for Best Actress for her outing in the 2009 family-drama film ‘Pastor Brown’.
Continue Reading Below 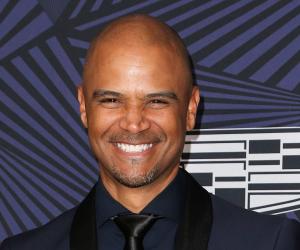 American People
American Women
Illinois Actresses
American Directors
American Actresses
Acting Career
Salli Richardson started her acting career on stage. She was prominently active in the theatre scene of her native city of Chicago. This allowed her to hone her skills as a performer before she started making appearances in films and TV shows.
According to Richardson, she learned much about her craft, especially the technical aspects, by doing industrial films. She worked in several McDonald’s films in Chicago. During the filming, she had to cook while being careful that she got the technical aspects right at the same time. As a result, by the time she was cast in mainstream films, she had become an expert on technical elements.
Richardson played a character named Denise in her first film, the 1991 drama film ‘Up Against the Wall’. She then worked in the romantic fantasy film ‘Prelude to a Kiss’. She portrayed various small characters in films like ‘Mo’ Money’ (1992), ‘How U Like Me Now’ (1992), and ‘Posse’ (1993).
She made her first television appearance in an episode of the CBS (later USA Network) crime-drama series ‘Silk Stalkings’ in 1992. She lent her voice to three different characters, Elisa Maza, Delilah, and Salli, in the animated series ‘Gargoyles’ (1994-96) and ‘Gargoyles: The Goliath Chronicles’ (1996-97). In 1994, she shared screen space with Keenen Ivory Wayans, Charles S. Dutton, and Jada Pinkett in the action-comedy ‘A Low Down Dirty Shame’. Between 1999 and 2002, she portrayed paralegal turned lawyer Viveca Foster in the CBS legal-drama ‘Family Law’. She also portrayed Lt. Salisaw in ‘Mercy Point’, Nancy Adams in ‘Rude Awakening’, and Laura in ‘CSI: Miami’.
In 2006, Richardson started playing Department of Defense agent (and later head of Global Dynamics) Allison Blake in the Syfy comedy-drama series ‘Eureka’. Her second pregnancy became part of the storyline of the show. After airing five seasons, the series was cancelled in 2012. In 2015, she appeared in the second season of the BET drama series ‘Being Mary Jane’, portraying the role of Valerie.
Between 2015 and 2017, she appeared in the Freeform science fiction crime-drama series ‘Stitchers’. Her character, Magritte "Maggie" Baptiste, is a former CIA hitwoman and currently leads the Stitchers program.
Richardson portrayed main characters in films like ‘Pastor Brown’ (2009), ‘Black Dynamite’ (2009) and ‘I Will Follow’ (2010).
You May Like

Female Film Directors
Sagittarius Actresses
Actresses Who Are In Their 50s
American Female Directors
Continue Reading Below
Career as a Director/Producer
Salli Richardson’s first project as a director was the 2011 drama short ‘Grace’, which she also wrote and produced. Throughout her career, she has directed several episodes of her own TV shows, including ‘Eureka’ and ‘Stitchers’. She also directed episodes of the MCU shows ‘The Punisher’, ‘Luke Cage’, and ‘Agents of S.H.I.E.L.D.’ Her other television directorial credits include ‘Black-ish’, ‘The Magicians’, and ‘Altered Carbon’.
In 2009, she produced her film ‘Pastor Brown’. She also served as the producer of the 2013 telefilm ‘Teachers’.
Recommended Lists:

Women Film & Theater Personalities
American Film & Theater Personalities
American Female Film & Theater Personalities
Sagittarius Women
Family & Personal Life
Born on November 23, 1967, in Chicago, Illinois, USA, Salli Richardson is the daughter of Duel Richardson and Marcia Harris. She is English and Italian from her father’s side and African American and Native American (Cherokee) from her mother’s. She has three brothers, Nalin, Chad, and Josh. Duel Richardson has served as the director of Neighborhood Relations/Educational Programs and Office of Community Affairs for the University of Chicago.
She was a tennis player at her high school at the University of Chicago Laboratory Schools. Later, she began acting in the Kuumba Workshop theatre there and received her high school diploma in 1985.
Richardson has been in a relationship with actor Dondre Whitfield for a long time. They made it official by tying the knot on September 8, 2002. They have two children together, daughter Parker and son Dre Terrell (born January 24, 2009). The couple was featured in a late-night infomercial as part of the promotional campaign for the Time Life Zestify Midnight Soul collection.