Ruby Franke is an American YouTube personality who happens to be one of the few YouTube stars to have taken a completely different path on the video sharing website. Instead of posting some mindless comedy videos, she uploads her family videos, sharing with the world the pleasantness of being involved in a large family. Ruby started her YouTube channel in 2015 to document the shenanigans of her baby girl, Eve. At the beginning, not many paid attention to what she was doing, but eventually they started joining her in her journey. Her YouTube channel became more and more famous with every passing day as the number of subscribers started to grow rapidly. Since she was brought up in a large family along with many siblings, she exactly knew how to handle a family which became the reason behind her success as a YouTube star. Her videos are known for being original, making the channel ‘8 Passengers’ a hit among its over 2.3 million subscribers. American People
Utah YouTubers
Female Vloggers
Female YouTubers
American Vloggers
Early Life
Ruby Franke was born on 18 January, 1982 in Utah, USA to Chad and Jennifer Griffith. She is the oldest among five siblings and she spent most of her childhood years with her family.
Recommended Lists:

American YouTubers
Capricorn Youtubers
American Female Vloggers
American Women YouTubers
She was very close to her family and later said in one of her videos that her mother was the best person she could have hoped to have as her caretaker. She also said that each and every effort of her mother to make her happy, including her habit of taking her out for shopping on her birthday, made her realize the importance of a mother in a family.
Recommended Lists:

Capricorn Women
After becoming a mother herself, she wanted to teach the younger generation the value of motherhood. Especially to those who frequently disrespect their respective mother. She started her YouTube channel in 2015 in an attempt to show the world the value of a closely knit family and motherhood.

Ruby Franke’s first video was titled ‘The Making of Eve’, which documented her young daughter Eve. The video showcased how Eve got along with the rest of the family members. The video was uploaded in January 2015 and has so far garnered more than a million views.

Since the channel did not get a great response initially, Ruby Franke was reluctant to post her videos on a regular basis. But as responses started flowing in, she eventually became a frequent uploader.

She then started uploading videos almost every day and came up with different themes in order to keep her fans entertained. Ruby homeschooled her kids and shared the same on her channel. She also shared parenting tips with her viewers and other useful information pertaining to raising kids. Her videos usually flew in every morning at six.

Apart from the useful information that she shares on her channel, what makes her videos famous are the antics of her six children, who do silly things, making her video funny and authentic.

While shooting her videos, Ruby Franke also makes sure to incorporate certain elements that may inspire women to embrace motherhood as she tries to prove that being a mother is probably the best thing one can do in this world.

Family & Personal Life
Ruby Franke grew up in a large family, along with four siblings. Interestingly, all her siblings have their own successful YouTube channels.

Ruby Franke married her long-time boyfriend, Kevin. Ruby and Kevin are blessed with six children, and the entire family is responsible in making their family channel a success. 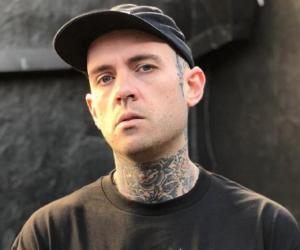