DID WE MISS SOMEONE?
CLICK HERE AND TELL US
WE'LL MAKE SURE
THEY'RE HERE A.S.A.P
Popularity Index
Roddy Llewellyn
Quick Facts 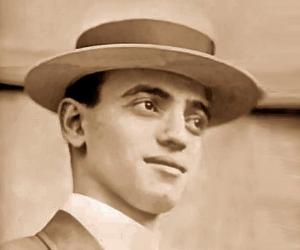 Heinrich Harrer
Roddy Llewellyn is an English peer and gardening expert who in his youth became famous for his relationship with Princess Margaret, sister of Queen Elizabeth II. While most people know him because of his association with Princess Margaret, Llewellyn’s identity as one of England’s most experienced gardeners is usually forgotten. Born into a privileged and wealthy family in England, gardening became an important part of his life early on. His father was an Olympic show-jumping champion and so his parents were often away attending sports events. It was his nanny who raised him and introduced him to gardening. The joy of spreading seeds on soil and watching them grow never left him since. When he was in his early twenties, he met Princess Margaret. Despite the age difference, the two of them were drawn to each other. Their relationship became regular fodder for the rags. After it ended Llewellyn and Margaret remained friends. Llewellyn by then had turned his love of gardening into a career. He became a successful landscape gardener, a gardening columnist and a TV presenter. These days he runs his gardening firm and gives lectures on gardening.
Childhood & Early Life
Roddy Llewellyn born on October 9, 1947, in Brecknockshire, Wales, is the son of Sir Harry Llewellyn, 3rd Baronet and the Honourable Christine Saumarez. Sir Harry was the winner of the 1952 Summer Olympics Gold Medal in Show Jumping.
Llewellyn’s great grandfather was a farmer. Fortune turned for him when coal was discovered on his land. His son, David Llewellyn, Roddy Llewellyn’s grandfather became a coal magnate owning most of the coal mines in South Wales. He bought the baronetcy in 1922 for thirty thousand pounds.
As a child, Roddy Llewellyn did not see much of his parents as they were often away for his father’s equestrian events. He remembers his father as being very strict and distant who was completely focused on his show-jumping career.
Llewellyn grew up in Llanfair Grange in a house that had huge lawns, vegetable gardens and many trees. He was three years old when his nanny, Rebecca Jenkins, gave him some seeds and helped him plant them. The magic of watching those seeds grow into annual Asters never left him.
At the age of seven, Llewellyn was sent off to Hawtreys boarding school. He continued his education at Shrewsbury school. At this school, he participated in the annual gardening competition but never won.
Following his passion for plants he studied horticulture in Merrist Wood College which he says was “the best thing he ever did”. During 1976-77 he got the ‘National Certificate of Horticulture’ and the ‘Surrey County Certificate’ in Landscape Construction at Merrist Wood.
Continue Reading Below
You May Like

Famous Beautiful Women With Green Eyes
Career
Roddy Llewellyn started his career as a landscape gardener and formed his company in 1977 called ‘Roddy Llewellyn Landscapes’. The gardens at ‘Les Jolies Eaux’, Princess Margaret’s Mustique home was one of the gardens that he designed and created.
In 1978, while he was in a relationship with Princess Margaret, Llewellyn tried his hand at singing. He released an album called ‘Roddy’. This was the only album he did. Throughout the publicity, he was hounded by the press regarding his personal life.
Roddy Llewellyn has done many shows for television since the 1980s. He first worked with television journalist David Frost and Anne Diamond for TV AM.
From 1981 to 1985, he worked as a gardening correspondent for ‘The Star’. He later moved to the ‘Mail on Sunday’ and worked there from 1987 to 1999.
He worked as a presenter for the Thames Television for ‘The Home Show’ in 1990 and ‘The Gardening Roadshow’ from 1992 to 1993.
He had his own show on BSkyB called ‘Roddy Llewellyn’s Gardening Guide’ from 1997 to 1999.
Since the 2000s he has been a regular contributor to magazines and newspaper columns and has written for ‘The Sunday Times’, ‘The Lady’, ‘Country Life’ and ‘Heritage Homes’.
Llewellyn has toured Australia and USA giving lectures on Gardening. He is a regular panelist at Gardening shows.
Honours & Achievements
Roddy Llewellyn was elected Associate Member of the ‘Institute of Horticulture’ in 1995.
Continue Reading Below
Relationship with Princess Margaret
Roddy Llewellyn met Princess Margaret in 1973 in Edinburgh’s Cafe Royal. They were on their way to a party hosted by the Princess’s friends aristocrat Colin Tennant and his wife Anne. He was a 25-year-old at that time and Princess Margaret was 17 years his senior.
Llewelyn’s fun-loving and well-mannered nature won over the Princess immediately who was going through a crisis in her marriage. Right from the start the Princess and Llewellyn got on like a house on fire.
Recalling those times Llewellyn says that they found each other when they were both feeling lost. He found a friend in her who could offer him ‘wise counsel’. For the Princess, his carefree and fun nature provided the much-needed respite from her disintegrating marriage.
The Princess invited him to a make a garden for her villa on the island of Mustique. He went there several times. This was an era where tabloid journalism came into being. The couple’s photographs of sunbathing and swimming were splashed all over the tabloids which eventually led to the divorce of Princess Margaret.
The import of being in a relationship with a public figure became painfully obvious to Llewellyn. On an impulse, he left England for several months and went on a jaunt through Turkey and South America. It is said that when he left, Margaret took an overdose of sleeping pills but luckily it did not kill her.
When he returned they resumed their relationship. They were together for eight years till the affair wore out. They separated in 1980 after which Llewellyn got married. They remained friends and the Princess also became friends with Llewellyn’s wife Tatiana. When Margaret died in 2002 Llewellyn attended her funeral.
Major Works
Roddy Llewellyn is the author of many books such as ‘Town Gardens’ (1981), ‘Beautiful Backyards’ (1986), ‘Water Gardens: The Connoisseur’s Choice’ (1987), ‘Elegance and Eccentricity’ (1989), ‘Growing Gifts’ (1991), ‘Grow it Yourself’ (1993), ‘Roddy Llewellyn’s Gardening Year’ (1997).
Family & Personal Life
Roddy Llewellyn found his soulmate in Tatiana Soskin, daughter of film director Paul Soskin. They married on July 11, 1981. The couple has three daughters Alexandra, Natasha and Rosie.
Llewellyn inherited the baronetcy when his older brother Dai Llewellyn died in 2009.
You May Like

See the events in life of Roddy Llewellyn in Chronological Order 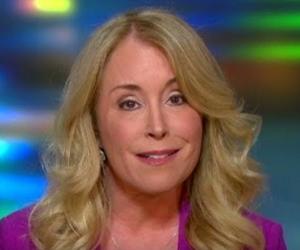 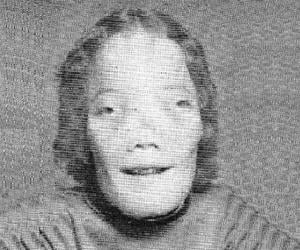 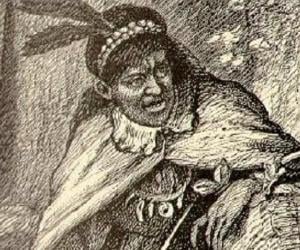