Rob Czar is an American social media personality who runs the popular ThreadBanger YouTube channel along with his wife, Corinne Leigh. This channel boasts of having over 3.79 million subscribers! On their collaborative YouTube channel, the husband-wife team posts videos on quirky DIYs, how-tos, Pinterest attempts, fun challenges, and other neat things that can be tried at home. In addition to this channel, this confident and talented YouTube star also posts regularly on his personal channel, Rob Czar, which has already reached over a million subscribers. While there are many other talented YouTubers making DIY videos, this husband-wife duo stand apart due to their engagingly different and very interesting content. Czar and Leigh do test their projects before shooting them, but Czar thinks that doing the project in front of the viewers and finding out the unexpected results is more fun. Their fans love them for their eccentricity and “don’t-give-a-damn” attitude. Having never been to college, Rob Czar has proved that education alone cannot take you to the top and make you famous—determination, passion and the right moves at the right time can also make you popular and earn you love and respect from thousands of fans. On his personal channel, Rob Czar, he has two main video series namely Man Vs. YouTube and Man Vs. Pin. In Man Vs. Pin, he attempts various DIYs sourced from Pinterest. Man Vs. Pin videos are interactive; viewers suggest Pinterest pins for him to try, which he does. In Man Vs. YouTube, he attempts YouTube challenges, tutorials, pranks, and art, which his viewers also share. Czar’s first video LA Graffiti Artist Interview/Spray Can Michelangelo drew a huge number of clicks due to its interesting title. Confident with the positive response from viewers, he started experimenting with unconventional content and posted some quirky and eccentric posts. Although he took some risk, it worked well, and soon his channel became popular across the globe.

On the collaborative channel which he runs with his wife, the couple post fun and interesting DIY and craft videos that are easy enough for anyone to try at home. They do the crafts in such a funny and quirky way that the audience find them hilarious! While doing the projects, the couple forgets the steps several times and pretends to get frustrated in front of the camera. Then they curse, try to find an easy way out of the mess, and finally end up with something that’s weird but marvelous. Their videos are so entertaining that it comes as no surprise that their channel has millions of followers!

Rob Czar was born on February 10, 1981, in Florida, and later relocated to Los Angeles, California. He went to Miami Beach Senior High School. Due to his mischievous behavior in school, he was sent to a catholic school for a year. In a video, he admitted that during his middle school, he belonged to a gang. After high school, he didn’t go to college, which he regretted at times, but not always.

Rob Czar dreamt of going to Hollywood, which didn’t happen. His first job was at Chuck E. Cheese Pizza. He was fired from one of his jobs while he was in high school. For three years he lived in a van, which ran on recycled vegetable oil. Rob Czar prays every night for something good to happen the next day. But he swears like mad, and swears at least 50 times in a video. He also does not mind giving the finger to his 100,000 followers on Instagram. His hate list is a little long—he hates sports, video games, Disney movies, and math—he revealed in a video that he cheated in every math test.

In 2004, he became acquainted with Corinne Leigh and started dating her. After being together for eleven years, they got married. She also has a personal, self-titled YouTube channel that has a good number of subscribers. 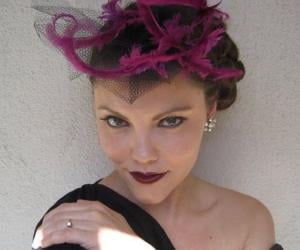