The Queen of Sheba is a character that appears in the Hebrew Bible. She brought a lot of gifts for King Solomon of Israel and gave them all to him in exchange for answers to some riddles. She is said to have visited Solomon to test his wisdom. Some scholars believe she was a symbolic depiction of the trade between South Arabia and Mesopotamia. Sheba also finds mention in countless legends and tales across countries and scriptures. She appears as Bilqīs, a sun-worshipping queen, in the Qurʾān. She also appears as Makeda, a queen who bears Solomon a son named Menilek I, in Ethiopian mythology. She has also been the subject of numerous sculptures, books, and films, but is especially dominant in the Renaissance paintings. Shigeru Miyamoto
DID WE MISS SOMEONE?
CLICK HERE AND TELL US
WE'LL MAKE SURE
THEY'RE HERE A.S.A.P
Quick Facts
Family:

Shigeru Miyamoto
The Biblical Version & the Origins of Sheba

The Queen of Sheba was first mentioned in the Hebrew Bible. The original story states that Sheba came to Jerusalem with a caravan of camels carrying spices, gold, and precious stones for King Solomon of Israel.

She posed some riddles for Solomon, to test his wisdom. Solomon answered all of them correctly. Sheba and Solomon then exchanged gifts, following which she went back to her kingdom.

Scholars believe the Sheba mentioned in the Hebrew Bible was from the South Arabian land of Saba, located near the oasis of Marib, in modern-day Yemen.

The land is also known as Arabia Felix. In the first millennium B.C., Sabaeans were also found in the Horn of Africa.

The Bible mentions the Sabaeans from Yemen and the African Sabaeans from Seba. In Ps. 72:10, they are mentioned as "the kings of Sheba and Seba.” The indigenous inscriptions do not distinguish between the two.

Sheba’s visit to Solomon is largely believed to have been a trade visit. South Arabians traded woods and spices with Mesopotamia, and the goods were transported by camels in as early as the 10th century B.C.

Origen’s interpretation of the Song of Songs stated that he believed it was about the "queen of the South" of the Gospels, who is essentially the Queen of Sheba and is thought to have been Ethiopian.

A legend states the Queen of Sheba gave King Solomon the same gifts that the Magi gifted the Christ later.

In the Middle Ages, Christians believed the queen of Sheba was perhaps the sibyl Sabba.

The Qurʾān mentions Bilqīs, who is thought to be the Islamic version of the Queen of Sheba.

The Arabs have provided Bilqīs a southern Arabian lineage and countless legends. According to one such legend, a hoopoe, after scouting various kingdoms, came to Solomon to tell him that a land named Sheba was being ruled by a sun-worshipper queen.

Solomon then wrote a letter, inviting the Queen of Sheba, Bilqīs, to stop worshipping the sun and start praying to Allah.

She responded by sending him gifts. When Solomon did not receive the gifts, she came to his court. The king’s “jinn” was afraid that the king could be tempted into marrying Bilqīs and thus told him that she had hairy legs and hooves like those of an ass.

Solomon grew curious. He built a glass floor in front of his throne so that Bilqīs could be made to believe it was water, raised her dress to cross it, and revealed her hairy legs. Solomon then made the “jinn” make a chemical lotion to remove her hair. Whether Solomon married Bilqīs or got her married to a Hamdānī tribesman is not clearly mentioned.

The Queen of Sheba is a significant character in the Kebra Nagast (“Glory of King”), which is the Ethiopian national epic (translated from its Arabic version in 1322). In this version, the Queen of Sheba is known as Makeda, a queen who visited King Solomon’s court after coming to know about his wisdom. She stayed in his court and acquired knowledge from him for 6 months.

On her last night there, Solomon tricked her into having sex with him, leading her to become pregnant. She then went back to her land, where she gave birth to Solomon’s son, Menilek I.

Menilek I was later made a king by Solomon, thus establishing the royal Solomonic dynasty of Ethiopia, which reigned until Haile Selassie I was overthrown.

Josephus believed the queen of Sheba was originally the queen of Egypt and Ethiopia. According to Jewish legends, she bought the first sample of balsam to Israel, which grew in the Holy Land back then.

Josephus mentioned that Cambyses conquered the capital of Aethiopia and changed its name from Seba (or Saba) to Meroe. Josephus also claimed that the Queen of Sheba (or Saba) was originally from this region. This seems logical, as the word “Saba” sounds similar to the title of the kings of the Aethiopians, “Sabaco.”

The Talmud, however, states that Sheba was not a woman but a kingdom that was acquired by Jerusalem, thus dismissing all myths about Sheba and Solomon

The Targum Sheni to Esther mentions a hoopoe (like the Islamic legend) which informed Solomon about the existence of the kingdom of Sheba that was ruled by a sun-worshipping queen.

A Yemenite manuscript named Midrash ha-Hefez contains 19 riddles, which are supposed to have been asked by the Queen of Sheba.

Some rabbis believed that Solomon had probably raped the Queen of Sheba, which had resulted in the birth of Nebuchadnezzar, who later demolished the Temple. Others believed that this sin (mentioned in I Kings 11:7) was only figurative and implied that he could not prevent his wives from indulging in idolatry.

The Kabbalah mentions her as a queen of the demons and often identifies her with Lilith. A Jewish (and Arab) legend states that Sheba was a “jinn” (half-human and half-demon).

In Ashkenazi folklore, she was likened to the Frau Venus of German mythology or the Helen of Troy. Ashkenazi legends also refer to the Queen of Sheba as a seductive dancer.

Persian legends (inspired by the Jewish tradition), too, mention the Queen of Sheba but refer to her as the daughter of a Chinese ruler and a peri.

A Coptic poem refers to queen Yesaba of Cush who asks Solomon riddles.

The Sabaic Awwām Temple, known as the Maḥram ("the Sanctuary of") Bilqīs, could not be tracked back to the Queen of Sheba. Another Sabean temple, known as the Barran Temple (the “Arash Bilqis” or the "Throne of Bilqis"), has been found near the Awwām Temple. However, there is no strong archaeological/historical evidence of the queen’s existence.

Solomon and Sheba only appear in medieval art since the 12th century. In Christian iconography, Solomon stands for Jesus, and Sheba symbolizes the Church.

Sculptures of the Queen of Sheba are etched on Gothic cathedrals of Chartres, Amiens, Rheims, and Wells.

The 12th-century cathedrals at Strasbourg, Rochester, Canterbury, and Chartres depict her tale in stained glass.

She also appears (as a black woman) at the Klosterneuburg Monastery and the King's College Chapel, Cambridge.

The Italian Renaissance period has a lot of depictions of Sheba. Her tale appears at the Florence Baptistery, in frescoes of Benozzo Gozzoli (at Campo Santo, Pisa), and in the Raphael Loggie (the Vatican). She appears in Venetian art by Tintoretto and Veronese.

Claude Lorrain painted The Embarkation of the Queen of Sheba in the 17th century (now housed in the National Gallery, London).

Piero della Francesca's frescoes on the Legend of the True Cross in Arezzo contain her story. She also appears in the Triptych of the Adoration of the Magi (1510) by Hieronymus Bosch.

References to Sheba and Solomon are found in Boccaccio's On Famous Women, O. Henry's The Gift of the Magi, The Book of the City of Ladies by Christine de Pizan, Christopher Marlowe's play Doctor Faustus (as Saba), and The Ring of Solomon.

Sheba has been portrayed by Gabrielle Robinne in La reine de Saba (1913), Betty Blythe in The Queen of Sheba (1921), Dorothy Page in King Solomon of Broadway (1935), and Gina Lollobrigida in Solomon and Sheba (1959). 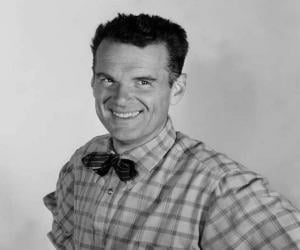 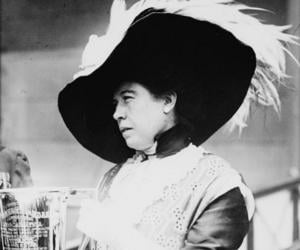 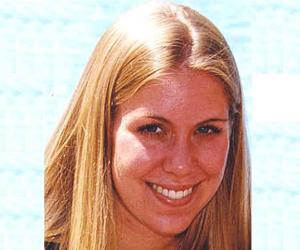 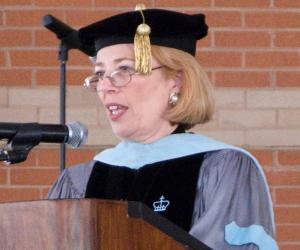