Advanced Search
Pope Sixtus IV was the 212th Pope, whose 13 years long papacy was embroiled in controversies and internal wars. He was also a noted theological writer and teacher who gave lectures at universities in Siena, Pavia, Padua, Florence and Bologna. Due to his scholarly background, many were surprised by his ambition and political acumen, which helped him rise through the ranks of papacy. Although he was a non-noble by birth, he was determined to excel in the papal political scenario and create a name for himself and his kinsmen. On one hand, he was accused of nepotism, trading sexual favours for appointing people in powerful positions and being involved in murder conspiracies; on the other, he was responsible for the transformation of Rome into a beautiful city. He is credited with building the Vatican library, being a patron of arts and sciences and the construction of the Sistine Chapel. However, his achievements were overshadowed by controversies, and his reign as a Pope is considered to be a failure on all fronts. Jiddu Krishnamurti
21st July In History
DID WE MISS SOMEONE?
CLICK HERE AND TELL US
WE'LL MAKE SURE
THEY'RE HERE A.S.A.P
Quick Facts

Italian People
Cancer Men
Childhood & Early Life
Pope Sixtus IV was born as Francesco della Rovere on July 21, 1414, in Celle Ligure, in the Liguria region of Italy. His father’s name was Leonardo della Rovere, and his mother was called Luchina Monleoni.
He joined the Franciscan Order when he was nine years old and earned his early education in the town of Chieri near Turin.
Regarded an exceptional student, he pursued his further studies in theology and philosophy at the University of Pavia. Located in the Lombardy region of Italy, it is one of the oldest universities in Europe.
After completing his education, he started teaching, and his intellectual acumen shone through his lectures at multiple Italian universities.
Continue Reading Below
Career
Pope Sixtus IV started his career with the church as a Roman procurator before he was appointed the vicar general of the Friars Minor in the Franciscan Order in 1464.
On September 18, 1467, Paul II made Francesco della Rovere the cardinal, and he continued to be the cardinal-priest of Vincoli’s San Pietro until 1471. During this time, he published three treatises, namely ‘De futuris contingentibus’, ‘De sanguine Christi’, and ‘De potentia dei’.
In 1471, the conclave that had gathered after the death of Paul II chose him to ascend the chair, making him the 212th Pope at St. Peter’s Basilica. He was consecrated by Guillaume d’Estouteville on August 25, 1471.
After becoming the pope, he pursued the Turkish crusade and appointed legates in Poland, Germany, Spain, Hungary and France in the hope of inspiring these countries. Although his strategy did not yield any results, he managed to bring 25 Turks prisoners to Rome. These prisoners were paraded and shown off as a symbol of triumph throughout the city.
He used his position of power to appoint and promote many of his relatives and thus encouraged nepotism.
Pope Sixtus IV followed into the footsteps of his predecessor Paul II and denounced the French King Louis XI who insisted on the royal approval of the papal decrees before their publication. Sixtus also took steps to facilitate a reunion of the Russian Church with Rome but failed.
Under his guidance, the streets of Rome were widened, hospitals and churches were restored, sanitary conditions improved, dilapidated houses were cleared up, and the city became habitable.
He built the Sistine Chapel and was elemental in the creation of the Vatican Archives. Grand festivals, such as Jubilee Year of 1475, were planned during his papacy. Several buildings were also commissioned, bearing the Della Rovere oak trees and acorns emblem, including a bridge built in his name.
During a Mass on the April 26, 1478, an assassination attempt was made on Lorenzo de’ Medici and Giuliano, in which the latter died and Lorenzo was severely injured.
Continue Reading Below
The attack was planned by Pope Sixtus IV’s nephew Girolamo Riario and his friends Francesco de’ Pazzi and Francesco Salviati. While the Pope was aware of the plot; he did nothing to stop it. This incident, known as the Pazzi conspiracy, remains to be one of the biggest controversies of his career.
In 1478, he was pressured by King Ferdinand of Aragon to publish the papal bull ‘Exigit Sincerae Devotionis Affectus’, which established the Spanish Inquisition in the Kingdom of Castile. The Pope was dissatisfied and quarreled over the Inquisition’s prerogatives and protocol.
From 1482 to 1484, he waged a war against Florence and encouraged an attack on Ferrara, relying on Ludovico Sforza for support. It eventually failed and forced Sixtus to give up on his dream to acquire the city for his nephew Girolamo.
Major Works
Pope Sixtus IV is responsible for building and beautification of the Sistine Chapel, which is estimated to have started in the year 1471 and completed by 1482. He ensured the collaboration between leading artists, such as Sandro Botticelli, Cosimo Rosselli, Pietro, Pinturicchio and Domenico Ghirlandaio, to decorate the walls of the chapel with biblical frescoes.
He carried forward the vision of Pope Nicholas V in creating a Roman public library by laying the foundation of the Vatican Archives. The Vatican library is considered to be one of the world’s oldest libraries in the world.
Awards & Achievements
Pope Sixtus IV had issued a decree or papal bull during his papacy that allowed local bishops to donate unidentified bodies or corpses of criminals to artists and physicians. It was meant for study and dissection, which led to the creation of the ‘De humani corporis fabrica,’ a revolutionary text on human anatomy.
Family & Personal Life
It was rumored in the Protestant as well as Catholic circles that Pope Sixtus IV had homosexual relationships with the young men whom he favored and appointed to high positions in the Church. He was said to have been in a relationship with his own nephew, Pope Julius II.
On 12 August 1484, he died at the age of 70, after a pontificate lasting 13 years.
Trivia
In 1527, Pope Sixtus IV’s tomb was torn apart in the Sack of Rome. Later, his remains were interred with that of his nephew Pope Julius II at St. Peter’s Basilica. 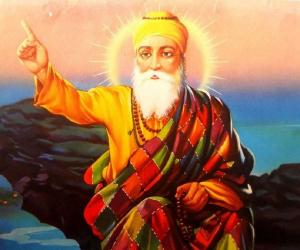