Phylicia Rashad is an Emmy-nominated American actress, singer, and director. Her multi-faceted career began with Broadway before she branched into television and films. She is best remembered for her character as Claire Huxtable in the NBC sitcom ‘The Cosby Show’, which ran for eight years. The series brought Phylicia much deserved recognition, also earning her two Emmy nominations. Phylicia, however, is immortalized for her rich performances on the stage as an artist. She starred in several lavish musicals and dramas, all praised highly by critics. She became the first African-American actress to walk away with a Tony Award for her performance in Lorraine Hansberry’s ‘Raisin in The Sun’. Subsequently, she was venerated within the African-American acting community at the NAACP Awards, where she was called ‘The Mother’ of the Black Community. Her other popular plays include ‘Cat on a Hot Tin Roof’, ‘August: Osage Country’, and ‘Gem of the Ocean’. She has tried her hand at stage direction and has successfully directed hit plays at prominent stages. Over the course of her career, Rashad has starred in several television series and voiced many characters. Her prolific output continues to be on the rise as she is still an active part of the entertainment industry. 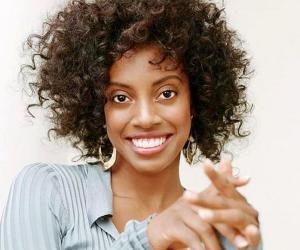 American People
American Women
Texas Actresses
Howard University
Gemini Singers
Childhood & Early Life
Phylicia Rashad was born Phylician Ayers Allen on June 19, 1948, in Houston, Texas to Vivian Ayers and Andrew Arthur Allen. Her mother was a prize-winning poet and artist, while her father was a reputed orthodontist. She has three siblings: Andrew Arthur Allen Jr., Debbie Allen, and Hugh Allen.
Phylicia was raised in the United States and Mexico. She studied at Howard University, Washington D.C. and graduated with a bachelor’s degree in theatre in 1970. During her university days, she was inculcated into the Alpha Kappa Alpha sorority.
Continue Reading Below
You May Like

The Best Black Actresses Of All Time
Career
After graduating with a degree in theatre, Phylicia immediately joined the Negro Ensemble Company in New York. She toured the city and was seen in several plays under this troupe.
Her Broadway debut occurred in 1972 and she was seen in several minor roles for hit musicals, including ‘The Wiz’ (1975) and ‘Dreamgirls’ (1981).
In 1978, Rashad tried her hand at something new by releasing the concept album ‘Josephine Superstar’, an album that was based on Josephine Baker’s life.
She decided to embark on an alternative career in television owing to the scarcity of good roles given to her. In 1982, after moving to television, Rashad landed a recurring role in the series ‘One Life to Live’ as Courtney Wright, a publicist.
In 1984, Phylicia Rashad was roped in to play the role of Clair Huxtable, an attorney, in the hit comedy ‘The Cosby Show’. The show starred Bill Cosby in the lead role and Phylicia played his wife. The series ran for over eight years and was a critical and commercial success. Phylicia’s role as Clair proved to be the highest point in her career, earning her two Emmy Award nominations.
In 1996, Bill Cosby’s return to TV comedy with CBS series, ‘Cosby’, involved Phylicia as his on-screen wife again. She played Ruth Lucas in the series, and the series ran from 1996 to 2000 and was successful.
Phylicia Rashad was the voice behind Brenda in the animated TV series ‘Little Bill’ from 2000 to 2004.
She made a slow return to the stage in the early 2000s. She was seen in the role of Aunt Ester in August Wilson’s ‘Gem of the Ocean’ (2003). Her performance was praised by critics. In 2004, she was seen in hit play ‘A Raisin in the Sun’, which earned her a Tony Award and a Drama Desk Award.
Her stage debut as a director took place in 2007 with the production of ‘Gem of the Ocean’. Her all-black cast productions of popular plays, such as ‘Cat on a Hot Tin Roof’, made waves in the media and was wholeheartedly appreciated.
Continue Reading Below
From 2007 to 2008, Phylicia Rashad was seen in several roles across series and movies, including a guest role on ‘Everybody Hates Chris’. In 2008, she played Lena Younger in the adaptation of ‘A Raisin in the Sun.’ The film was released on ABC and soon became the highest watched programs of the week.
In 2009, she starred in one of the most popular Broadway productions. She played the role of Violet Weston, a drug-addicted matriarch in ‘August: Osage County’ directed by Tracy Letts. The play went on to win many awards.
In 2010, she starred in the Tyler Perry film ‘For Colored Girls’. Other appearances in the same year included ‘Just Wright’ and Frankie & Alice’. She was next seen in another Tyler Perry film ‘Good Deeds’ (2012). Her roles in ‘Steel Magnolias’ (2012) and ‘The Cleveland Show’ (2012-2013) were also popular.
She returned to the role of a director in 2014. She directed the revival of ‘Fences’, which opened at the McCarter Theatre in Princeton. She also directed the production of ‘Ma Rainey’s Black Bottom’ which opened at the Mark Taper Forum, Los Angeles in 2016.
In 2016, she was roped in to play the role of Diana DuBois, a recurring guest character, for the Fox television series ‘Empire’. In the next year, she played pastor Yvette Flunder in the mini-series ‘When We Rise’. She was also seen in the TV movie ‘Tour de Pharmacy’ and the series ‘Jean-Claude Van Johnson’.
Her association with theatre and local stage continued. She played the lead role, Shelah, in the play ‘Head of Passes’. The play ran for two months from March to May 2016 at The Public Theater and was praised by many.
Phylicia Rashad’s latest project is the ‘Creed’ series of movies. She first starred in ‘Creed’ in 2015 as Mary Anne Creed and is slated to appear in the sequel ‘Creed II’. She is currently working on her next project, ‘David Makes Man’, a drama TV series scheduled to be released in 2019.
Major Works
Phylicia Rashad is best known for her role as Claire Huxtable in the NBC series ‘The Cosby Show’ which ran from 1984 to 1992. The long run and the show’s popularity made Rashad’s fame synonymous with the show. She was nominated for the Emmy Award for her performance in the series.
Her most popular work for theatre is her performance as Lena Younger in the revival ‘A Raisin in the Sun’, in 2004. She won the Tony Award for Best Actress for this role and bagged the Drama Desk award as well. Her performance received rave reviews.
Achievements
Phylicia Rashad’s continuing contributions to the field of theatre has left many inspired. To recognize her achievements, she was awarded an honorary doctorate by Carnegie Mellon University in 2009. In 2016, she was inducted into the American Theatre Hall of Fame.
Family & Personal Life
Phylicia’s first marriage was to William Lacelot Bowles Jr., a dentist. The marriage lasted from 1972 to 1975. The couple had one son: William Lancelot Bowles (1973).
Her second marriage was with the singer, Victor Willis, from 1978 to 1982. They couple had met each other during ‘The Wiz’.
She married sports celebrity, Ahmad Rashad, in December 1985 and decided to formally adopt his last name. They have one daughter together: Condola Phylea Rashad. Despite a longstanding relationship, the couple parted ways in 2001 with a divorce.
Trivia
Her wedding to Ahmad Rashad was a star-studded affair. While O.J. Simpson was the best man, her friend and onscreen husband, Bill Cosby. walked her down the aisle.

See the events in life of Phylicia Rashad in Chronological Order