Advanced Search
Phineas Gage was an American railroad worker who suffered a severe injury that turned him into one of the most famous cases in neuroscience. After an iron rod went through his head, it was highly improbable for him to survive. Not only did Gage live past the accident, but he was conscious and moved around, shocking everyone, including his doctor. Apart from having the unbelievable luck to survive, he was also fortunate to have an amazing doctor, who provided him with a level of medical care that was extraordinary at the time. The injury seemed to affect Gage’s personality, and the case caused many discussions on the brain and its functions. However, it is difficult to separate the correct conclusions from the exaggerated ones, because very few facts about Gage and his recovery were actually written down. Nevertheless, he remains one of the medical world’s most strange cases and a horrifying story. Ren Zhengfei
DID WE MISS SOMEONE?
CLICK HERE AND TELL US
WE'LL MAKE SURE
THEY'RE HERE A.S.A.P
Quick Facts

Cause of Death: Status Epilepticus 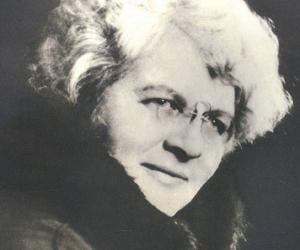 American People
Cancer Engineers
American Engineers
Cancer Men
Childhood & Early Life
Not much is known about Gage’s childhood, as he was not an important person of his time and lived in a period when people did not normally keep records of their existence. It is known that he was born in July 1823, in New Hampshire, U.S, to Jesse Eaton Gage and Hannah Trussell.
He had four siblings. Nothing much is known about his education, but it is known that he grew up on a farm and that he was literate.
Continue Reading Below
Work Experience
It is believed that Phineas began working with explosives while living on the farm or in the mines and quarries in the region. He was later hired to work on the construction of railways. He participated in the construction of the Hudson River railroad and was hired by the contractors that handled the Rutland and Burlington Railroad projects.
At the time of his accident, he was already a blasting foreman and was considered highly efficient by his employers. Apparently, he was extremely ambitious and paid a lot of attention to detail. He even had a tamping iron made especially to set explosive charges. Ironically, it was that bar that changed his life forever.
The accident happened on September 13, 1848, when Gage, then 25 years old, was working as the foreman of a crew, setting a railroad bed near Cavendish, Vermont. He had his iron rod and was using it to pack explosive powder and a fuse into a hole. Gage was distracted by those working behind him, turned around, and opened his mouth to speak to them. That was when a blast occurred. The reason was probably the fact that he had not added sand over the charge. As a result, when his iron rod hit the side of the rock, it ignited the explosive powder.
The rod was 3.58 feet in length and 1.25 inches in diameter. It went right through Gage’s head and landed 82 feet (25 meters) behind him, covered in blood and brain. It pierced his left cheek, fractured his jaw, passed through the left side of his brain, and exited through the skull. His case was later named “the American Crowbar Case,” but that was not accurate, as the iron rod rather resembled a javelin.
Although everybody expected him to die, Gage fell to the ground, convulsing. However, then he got up, spoke to his colleagues, and even walked around. It was a shock to everyone, especially to the doctor who met him half an hour later. The case was presented to him with what would later be known as a huge understatement of the medical world: “Doctor, here is business enough for you.”
Edward H Williams was the physician who took care of Gage. He took notes at every step and recorded every gruesome and unbelievable aspect of the injury. He could not believe that while he was examining that impossible wound, his patient was telling him how it had happened. He cleaned both the entry and the exit points of the iron bar and kept his composure while Phineas vomited and part of his brain fell through the hole in his head.
Williams was not a military doctor. Thus, he was not accustomed to wounds of this sort. However, he cleaned the coagulated blood and bone fragments and closed the wound, making sure to leave enough space for it to drain. He also took care of the wound on his face and the burns on his body. Despite being in such a bad shape, Gage kept saying he would go back to work soon.
His recovery took longer than expected, especially because the wound got infected and needed to be cleaned again. After a few days, he went into a coma. Gage was lucky that his doctor knew how to treat a brain abscess. Otherwise, he would not have survived. As he began to feel better, Phineas got restless and started to move around. Unfortunately, he also got outside without his shoes and got a fever, which delayed his recovery.
Ten weeks after the accident, he went back to his parents’ house and gradually started to work again. In the following years, he took all sorts of small jobs he could find and even went to Chile and California, looking for work. However, in 1860, he started having seizures. He died on May 21 that year.
Medical Importance
Gage’s case was studied by many specialists over the years. In 1994, they even reconstructed the injury to determine exactly how extended the damage had been. Research showed that the iron rod had destroyed 11 percent of the white matter in his frontal lobe and 4 percent of the cerebral cortex. As his family and friends stated, Gage went through some personality changes after the accident, but after a while, he seemed to feel better. These changes fueled the theories concerning the localization of brain functions.
After Gage died, Dr. Williams, who was by then a famous physician, convinced Gage’s family to exhume his body. He then displayed Gage’s skull, together with the famous bar that Gage kept with him all the time after the accident.
Family & Personal Life
There is no information available on Gage’s private life, other than the relationship he had his parents, who took care of him after the accident and also years later, when he returned from Valparaiso, sick and weakened.
Gage was buried at the ‘Lone Mountain Cemetery’ in San Francisco.

See the events in life of Phineas Gage in Chronological Order