Best known as the founder of the rock band Peter Hook and The Light,this versatile musician dons many hats. He is also the lead vocalist and bassist of the band which he had formed in 2010. Hook had earlier worked with the post-punk band Joy Division which he had co-founded along with Ian Curtis and others. Joy Division was a critically acclaimed band that was achieving great popularity when the lead vocalist Ian Curtis committed suicide forcing the band to dissolve. The distraught surviving members recruited some other musicians and reorganized the band as New Order. The band played a combination of new wave and electronic dance music and became one of the most famous and critically acclaimed bands of the 1980s. Hook played bass with the band and also worked on other projects simultaneously. He formed his own band, Peter Hook and The Light after his departure from New Order. His new band, which also features his son Jack, is famous for playing the albums of Joy Division and New Order live on tours. A well respected musician with a career spanning over thirty years, he has enriched the world of rock and roll with his seminal hits like ‘Love Will Tear Us Apart’, ‘Thieves Like Us’, and ‘Ceremony’. 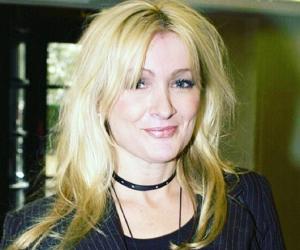 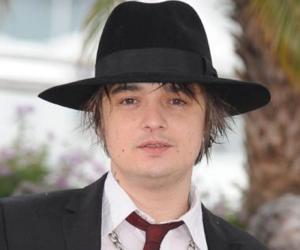 Brian Jones
Rock Musicians #114
Musicians #1847
DID WE MISS SOMEONE?
CLICK HERE AND TELL US
WE'LL MAKE SURE
THEY'RE HERE A.S.A.P
Quick Facts

British People
Male Musicians
British Musicians
Aquarius Musicians
Male Rock Musicians
Childhood & Early Life
He was born to Irene and John Woodhead. His parents divorced when he was three years old. He was raised by his grandmother till his mother remarried and took him with her.
His stepfather’s name was Ernest W. Hook and the young boy officially took his surname. Ernest’s work took the family to Jamaica for some years before returning to England. 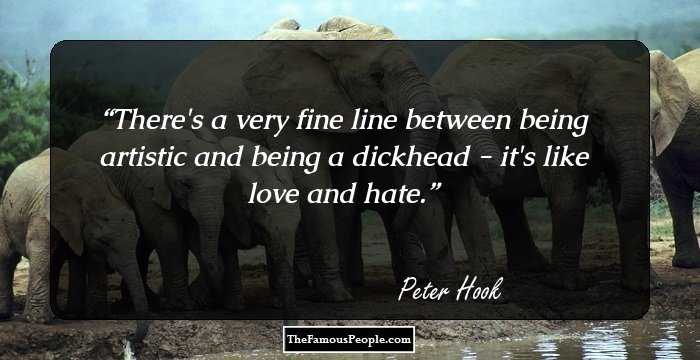 The Sexiest Men Of 2020, Ranked
Career
Peter Hook along with his childhood friend Bernard Summer recruited a vocalist cum lyricist called Ian Curtis and formed a band called Warsaw in 1976. The band played their first gig at the Electric Circus in 1977.
The band was renamed as Joy Division in 1978. The band self-released its first Extended Play (EP) ‘An Ideal for Living’ the very same year. It featured the single ‘Warsaw’.
Joy Division gave their debut television performance on the local news show ‘Granada Reports’ hosted by Tony Wilson in September 1978.
The band’s debut album, ‘Unknown Pleasures’ was released in 1979 with Martin Hannett as producer. He experimented with a number of unusual sound effects on the album including the sound of a bottle smashing and sound of someone eating crisps.
The band’s vocalist Ian Curtis had epilepsy and suffered from frequent seizures. Joy Division went on a European tour in January 1980 during which Cutis suffered two seizures. Sick and depressed, Curtis committed suicide in May 1980.
Joy Division’s second album ‘Closer’—recorded before Curtis’s death—was released in July 1980. It peaked at No. 6 on the U.K. Albums Chart and was highly acclaimed.
The remaining members of the band were deeply hurt by Curtis’s suicide, yet they resolved to move on with their lives. The surviving members reorganized the band with new additions and renamed it New Order.
New Order’s debut album, ‘Movement’ was released in 1981. Even though the album was not a big success at the time of its release, it began to gain in popularity over the years due to its association with the erstwhile Joy Division.
The band enjoyed considerable success during the 1980s and had garnered a huge fan following. Some of their albums released during the decade were ‘Power, Corruption & Lies’ (1983), ‘Brotherhood’ (1986) and ‘Technique’ (1989).
Continue Reading Below
Their next album ‘Republic’ was out in 1993. The album peaked at No. 1 in the U.K. The band went on a hiatus that year and was reunited in 1998.
After a gap of eight years, the band’s new album ‘Get Ready’ was released in 2001. It featured the singles ’60 Miles an Hour’ and ‘Crystal’. This album’s music was different from that of its predecessors’ and had a more guitar oriented sound.
In 2005, their album ‘Waiting for the Sirens’ Call’ was out. It had the singles ‘Krafty’, ‘Jetstream’ and ‘Waiting for the Sirens’ Call’. By this time, the band was at the peak of its popularity. However due to some problems between the band members, Hook left the band in 2007.
He formed a new band Peter Hook and The Light in 2010; his son Jack is also a member. The band primarily plays the albums of Joy Division and New Order live in concerns and tours.
The band went on a world tour in 2010 and performed Joy Division’s debut album ‘Unknown Pleasures’ live and in full across concerts in Italy, France, Spain, U.K., New Zealand and Australia.
Hook and the band embarked on another world tour in 2011 and played Joy Division’s second album, ‘Closer’ live across Portugal, France, Spain, Finland and Norway. Over the year they performed at Brazil, Canada, Israel, Greece and Denmark.
The band has been performing the albums of not just Joy Division, but also of New Order starting from 2012. Till now they have traveled all over the world including places like Belgium, Slovenia, Hungary, Switzerland, Austria, Russia and Poland. 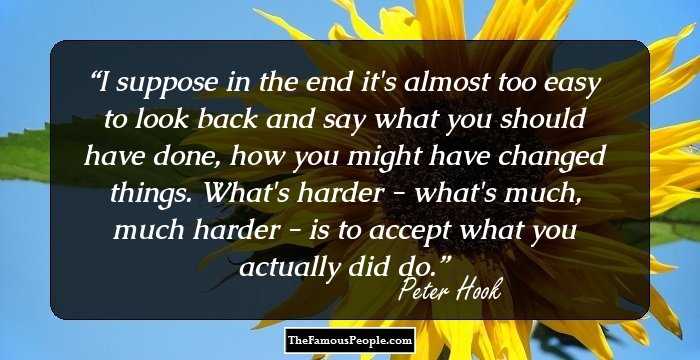 Quotes: You, I
Major Works
Peter Hooks has been associated with three highly acclaimed and commercially successful rock bands so far: Joy Division, New Order, and Peter Hook and The Light. The fact that each of the bands he founded or co-founded went on to achieve great popularity is a testimonial to the talent and passion of this great musician.
Personal Life & Legacy
He was married to comedian Caroline Aheme from 1994 to 1996.
He launched a new Masters Degree Program in Music Industry Management and Promotion at the University of Central Lancashire in 2012. 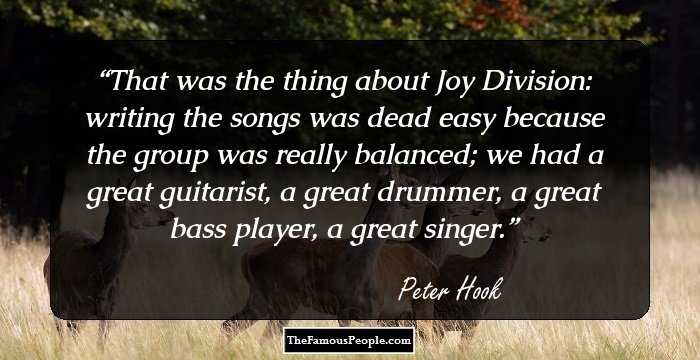 Trivia
This famous musician published a book ‘How Not To Run A Club’ in 2009.
This musician was questioned as a suspect in a notorious serial murder case because his touring schedule coincided with the schedule of the actual killer.
You May Like

See the events in life of Peter Hook in Chronological Order