Advanced Search
Perdita Weeks is a Welsh actor, best known for her portrayal of ‘Mary Boleyn’ in the popular TV series ‘The Tudors.’ Affectionately known as “Perdy,” she is a remarkable actor, in spite of not being initially trained in a drama school. This beautiful and naturally talented actor is an art history major who cultivated her acting skills simply by being exposed to film sets at a tender age. According to Weeks, she had no intention of following in her older sister’s footsteps when she was young. However, following her Hollywood debut, with ‘Goggle Eyes,’ her mother, Susan Weeks, agreed to register her and her brother Rollo’s names with the acting school and agency of Sylvia Young. Her mother would pick them up from their boarding school, or “the prison on the hills,” as Weeks referred to it, every time they would get a call for an audition. She is currently represented by ‘UTA’ in the US and ‘Troika’ in the UK. Welsh People
Radio Personalities
Welsh Women
Welsh Actresses
Capricorn Actresses
Childhood & Early Life
Perdita Weeks was born Perdita Rose Annunziata Weeks, on December 25, 1985, in South Glamorgan, Wales, to Robin Weeks, who is in advertising, and Susan Weeks, a freelance copywriter. Not much is known about her parents (who separated in 1993). However, her siblings are well-known faces in the film industry. She is the second of her parents’ three children. The eldest, Honeysuckle Weeks, is also an actor and a role model to her younger sister. The youngest, Rollo Weeks, is a businessman and former actor.
Weeks was educated at ‘Roedean School,’ one of the most expensive boarding schools in the UK. She studied art history at the ‘Courtauld Institute of Art,’ which is famous for being one of the best institutes for art history and art conservation.
Continue Reading Below
Career
Weeks stepped into the British film industry soon after graduating, taking her senior colleagues by surprise.
She had made her Hollywood debut alongside her older sister, Honeysuckle Weeks, at the age of 7, in a TV miniseries titled ‘Goggle Eyes’ (1993), in which she had played a protestor chanting “We don’t want a bypass.” They have also co-starred in Catherine Cookson’s ‘The Rag Nymph’ (1997), in which Weeks played the younger version of her older sister’s character, owing to her striking resemblance to her sister.
In 1995, she played ‘Dottie’ in the TV series titled ‘Ghosts.’ In 1996, she appeared in ‘The Cold Light of Day,’ as ‘Anna Tatour,’ and in ‘Robert Rylands’ Last Journey,’ as ‘Sue.’
Weeks also featured in ‘Loving,’ ‘The Prince and the Pauper,’ ‘Stig of the Dump,’ ‘Midsomer Murders’ (where she was acknowledged for her role as a murdering teen in the episode titled ‘Death and Dreams’), and ‘Sherlock Holmes and the Case of the Silk Stocking.’
In 2007, she appeared in the radio comedy ‘Bleak Expectations.’
From 2008 to 2011, she starred in numerous TV miniseries. She appeared as ‘Lydia Bennet’ in ‘Lost in Austen,’ ‘Imogen Combe’ in ‘Four Seasons,’ ‘Kitten’ in ‘Lewis,’ ‘Fiona’ in ‘Prowl,’ ‘Eliza Meyer’ in ‘The Promise,’ and ‘Clara Pocket’ in ‘Great Expectations.’
In 2013, she played ‘Sarah Gabbor’ in the TV miniseries ‘Flight of the Storks.’ The same year, she starred in the feature film ‘The Invisible Woman.’ Her portrayal of ‘Scarlett Marlowe’ in ‘As Above, So Below’ in 2014 drew a lot of attention, less for the story and more for her acting and the fact that the film was shot in the catacombs of Paris. The same year, she played ‘Elizabeth Pepys’ in the TV miniseries ‘The Great Fire.’
From 2015 to 2018, Weeks starred as ‘Louise’ in ‘The Musketeers,’ as ‘Vanessa Hammond’ in ‘Rebellion,’ and as ‘Catriona Hartdegen’ in ‘Penny Dreadful.’
She is slated to voice the character of ‘Morgan le Fay’ in the 2019 video game ‘Du Lac & Fey: Dance of Death.’ It is an adventure game developed and published by an independent British studio and is set in the London of 1888. The game features the legendary figures ‘Lancelot’ and ‘Morgan le Fay.’
Continue Reading Below
Major Works
Weeks rose to fame and drew public attention through ‘The Tudors,’ playing ‘Mary Boleyn,’ alongside actors Jonathan Rhys Meyers, Henry Cavill, and Callum Blue (2007–2008).
In 2012, she played a vivacious and spunky ‘Lady Georgiana Grex’ in ‘Titanic,’ the TV series. The role added to her fast-growing success. According to her, she could play ‘Georgiana’ convincingly because the role closely resembled her actual nature.
Her portrayal of ‘Karen Underwood,’ or ‘Kira,’ in ‘Ready Player One,’ a feature film released in 2018, garnered a lot of interest among the masses.
In March 2018, she was cast as the main lead in the reboot of ‘Magnum P.I.’ She played ‘Juliet Higgins,’ a role played by John Hillerman in the original version of the series. She will play a property manager for the large Hawaiian estate of writer ‘Robin Masters’ (another character in the series). This will be her biggest role till date.
Awards & Achievements
A portrait of her was displayed in the small room of the ‘Royal Academy Summer Exhibition,’ which opened on June 10, 2006.
Family & Personal Life
Weeks married Kit Frederiksen, her boyfriend of 7 years, on October 4, 2012. Opting for a private life, he does not reveal much about his profession. His net worth is approximately $300,000, and he is a non-celebrity who came into the limelight after marrying Weeks.
The couple gave birth to twins Humphrey Carrington Frederiksen and Rupert Sebastian Frederiksen on April 30 the following year. The duo has been happily married, with not a hint of controversies in sight.
While Weeks has been active on several social-media outlets, such as ‘Instagram,’ ‘Facebook,’ and ‘Twitter,’ to connect with her ever-growing number of fans, she has kept her personal life private. Thus, there are barely any pictures of her family online.
Trivia
While she is popularly known as “Perdy,” her original nickname, given to her by her older sister, is “Pork.” According to Weeks, Honeysuckle nicknamed her “Pork” because “she was a fat baby.” She also claims that her sister is the only person who can use it.

See the events in life of Perdita Weeks in Chronological Order 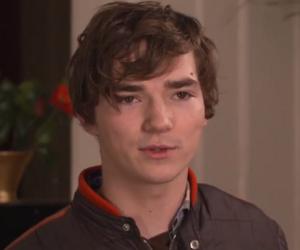 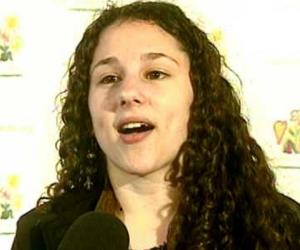