Pauley Perrette is an American actress, singer, a published writer, and a civil rights advocate. She is best known as Abby Sciuto on the U.S. television series ‘NCIS’. She has appeared in several movies including the supernatural psychological horror film ‘The Ring’ and acted in a number of television series including ‘24’, ‘Special Unit 2’, and ‘CSI’. She is dedicated to independent films and is not often seen in commercial movies. In addition to her career in acting, Pauley has co-written a book titled ‘Donna Bell’s Bake Shop: Recipes and Stories of Family, Friends and Food.’ The book tells the story of how Pauley and her two best friends started a Southern style bake shop in Manhattan. The book also holds several photographs of the actress. She also co-owns ‘Donna Bell’s Bake Shop’ in Manhattan. The shop is named after her late mother. Pauley is passionate about advocating civil rights and has written and produced a documentary on Mark Lane, the U.S. Civil Rights attorney and author. She has often appeared on Late Night with Jimmy Fallon, The Late Late Show with Craig Ferguson, Late Show with David Letterman, and many other entertainment talk shows.
Continue Reading Below 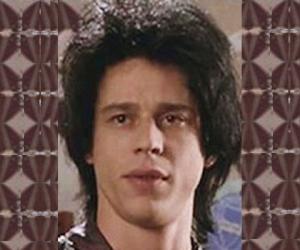 American People
American Women
Louisiana Actresses
Aries Actresses
Women Activists
Childhood & Early Life
Pauley Jones was born on March 27, 1969 in New Orleans, Louisiana and spent her childhood in Alabama, Georgia, Tennessee, North Carolina, South Carolina, New York, New Jersey, and California.
She was fascinated by animals and wanted a career working with them, or to be in a rock and roll band. She also wanted to be a FBI agent. She was an undergrad honors student in sociology, psychology, and criminal science.
She studied criminal justice while attending Valdosta State University in Georgia. She later moved to New York City and studied at the John Jay College of Criminal Justice.
Continue Reading Below
You May Like

The Best Black Actresses Of All Time
Career
Pauley started her career in advertising. After she started booking commercials, she was prompted to move to Los Angeles to pursue a career in acting.
She started by making guest appearances in prominent shows. In 2011, when she was playing a role in ‘Special Unit 2’, she landed her current role of a forensic scientist Abby Sciuto in ‘NCIS’, a series based on the Naval Criminal Investigative Service.
In 2003, she appeared on two episodes of ‘JAG’. The small role brought her to the attention of many people.
In 2011, she had the highest Q Score for any actor on the US prime time show.
She later went on to make appearances in movies like ‘The Ring’ and ‘Almost Famous’.
Apart from being an actor, Pauley is a poet, writer, photographer, and music lover. She also advocates civil rights and makes documentaries.
In 2010, she had one of the top Q Scores which landed her alongside Tom Hanks and Morgan Freeman. She was the only woman to make it to the top 10.
She also started doing television commercials for Expedia.com in the same year.
Pauley has sung a number of songs. Her song ‘Fear’ features in the ‘NCIS: The Official TV Soundtrack’. She also sings in a Los-Angeles based band ‘Lo-Ball’.
Continue Reading Below
Major Works
Pauley is passionate about advocating civil rights and has directed a documentary on Mark Lane, author, and U.S. Civil Rights Attorney.
She is a devoted social worker and activist and supports several causes including a number of charity organizations, animal rescue teams, and supports civil and LGBT rights.
She is on the board of several influential help groups and organizations. She is a board member of the‘Project Angel Food’ and is supportive of ‘Habitat for Humanity’, ‘NOH8’, ‘People Assisting the Homeless (PATH)’, ‘Equality California (EQCA)’, ‘AIDS Walk LA, AIDS Task Force, The Humane Society, Los Angeles Zoo, Union Rescue Mission’, ‘AIDS Project Los Angeles (APLA)’, ‘Out of The Closet’, ‘Strike Out AIDS’, and many more similar organizations.
Awards & Achievements
In 2010, she was awarded the best actress award in the ‘Beverly Hills Film Festival’ for her performance in ‘To Comfort You’.
For her acting in ‘NCIS’, Pauley has received two nominations for the People’s Choice Awards; one in the ‘Favorite Dramatic TV Actress’ category, and the second one in the ‘Favorite Crime Drama TV Actress Category’ in 2014.
In 2016, she was nominated for a ‘BTVA Special/ DVD Voice Acting Award’ for her vocal performance in the animated flick ‘Scooby-Doo! And Kiss: Rock and Roll Mystery’.
She was again nominated for the People’s Choice Award in 2017 as ‘Favorite Crime Drama TV Actress’.
She was honored as ‘Community Advocate of the Year’ by the Society of St. Vincent Paul. She also won the ‘Heart of Service’ Award from the Union Rescue Mission and was felicitated as the ‘Next Generation Advocate’ by the Desert AIDS Project.
Personal Life & Legacy
She was married to actor and musician, Coyote Shivers for three years but she ended the marriage after being subjected to physical, emotional, and sexual abuse.
She was engaged to cameraman Michael Bosman. They dated for four years but split later in 2011.
In December 2011, she announced her engagement to the former British Royal Marine Thomas Arklie. They are waiting for Proposition 8 to be invalidated.
She is also an active member of the Hollywood United Methodist Church.
She believes in being herself, rather than thinking about what society would say. She is open to all thoughts and generally accepts new things easily.
She played an active part in the catching of a murderer, who had killed her friend, Lisa Williamson. She also had declared a cheque of 10,000 $ for the person that hands over the killer of Shaunner Paulk, a person from Prattville, where she spent her childhood. She also donated 10,000$ to the Detroit law enforcement to help in the case of the disappearance of an individual.
Trivia
She has a ’12 21’ tattooed in the side of her finger. It stands for Romans, Chapter 12, Verse 21: ‘Never be overcome by evil, but overcome evil with good.’

See the events in life of Pauley Perrette in Chronological Order