Paul Rand was singlehandedly responsible for bringing in class, elegance and panache in the corporate logos. One of the greatest graphic designers ever to be born, he changed the industry completely with his simplistic yet innovative designing and modernism. Interestingly, not only did he change the course of designing but made the profession, which until then did not hold much importance, a reputable one. What’s more, he refurbished the reputation of other designers as well, from being commercial artists to graphic designers. A feature that was akin to Rand and his work was the emphasis that he laid on simplicity and minimalism. Additionally, he had the ability to transform mundane photographs into dynamic compositions. Throughout his life, he designed many posters and corporate identities, including the logos for IBM, UPS and ABC, most of which are still in use today. It was for his contribution as a graphic designer that he was inducted in the New York Art Directors Club Hall of Fame in 1972.
Continue Reading Below 121
DID WE MISS SOMEONE?
CLICK HERE AND TELL US
WE'LL MAKE SURE
THEY'RE HERE A.S.A.P
Quick Facts

American Celebrities
Pratt Institute
American Film & Theater Personalities
Leo Men
Childhood & Early Life
Paul Rand was born as Peretz Rosenbaum in Brooklyn, New York.
A prodigious child, he took to painting and other forms of art right from a young age. In the early years, he indulged in painting signs for his father's grocery store as well as for school events.
It was natural for his father to not think of art as the sole provider for bread and butter. As such, he insisted young Rosenbaum to attend Manhattan's Harren High School.
Not giving up on his passion for art, he took night classes for art at the Pratt Institute and various other institutes including, Parsons School of Design and Art Students League.
Despite taking classes in art, his understanding and execution of art was mostly self-taught. Much of what he learned was inspired by the works of Cassandre and Moholy-Nagy. 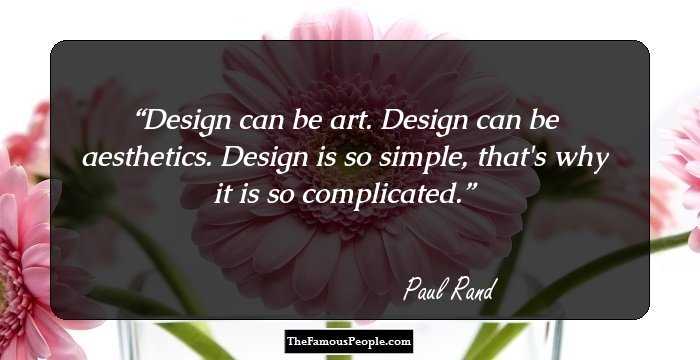 The Best Black Actresses Of All Time
Career
His first professional step into the world of art was as a part-time employee in a syndicate which provided graphics to various magazines and newspapers. His profile included creating stock images.
While juggling with his work and class assignments, he managed to collect a large portfolio, influenced by German advertising style and works of Gustav Jensen.
He wanted to do away with his prominent Jewish identity and for the same he changed his name and surname. While Peretz became Paul, Rosenbaum was changed to Rand. The new name sounded more American thus helping him in the process.
The new name and the new identity did wonders for him as he garnered a lot of fame and attention. By the time he was in his early twenties, he had earned international acclaim and became one of the sought after art directors of his profession.
Interestingly, his designs on the cover of Direction magazine created waves as he charged no fee for the same in return of full artistic freedom. The designs were greatly appreciated for their novel pattern and intricate detailing. They also laid the foundation for the ‘Paul Rand look’.
In 1936, he was offered to work on the page layout for an Apparel Arts magazine anniversary issue. During his time, he learned the importance of European art and design. He even learned that lines, shapes, and colours transformed to become message-conveying signs and symbols in visual communications.
Given his ability to transform ordinary images into dynamic compositions, he earned a full-time job of an art director for the Esquire-Coronet magazines. Though he refused the offer initially thinking him to be not eligible for the job, a year later, he accepted the proposal. As such, at the tender age of 23, he was handling the responsibility of the Esquire’s fashion pages.
In 1941, he started working as art director of the William H. Weintraub advertising agency, wherein he collaborated with copywriter Bill Bernbach. He worked therein until 1954.
His technique basically included combining text and images and word and pictures to form an effective and engaging message. While most of his advertising designs were innovative, one which requires a special mention was that of Orbach’s departmental store. In the same, he employed a new approach to advertising copy and design.
Continue Reading Below
What made his work distinctive from the rest was the introduction of themes normally found in high art designs into his graphic art. This helped him bridge the gap between the profession of graphic artists and that of Europe’s modernist masters.
In 1947, he came out with a poster for New York Subways Advertising Company wherein he arranged dots and concentric circles in vibrant colours. The poster not only served as an illustrative image, but seemed to the viewers a dynamic composition.
In his long career, his most significant output was when he designed the logos and corporate identities of some multi-national companies including IBM, ABC, Cummins Engine, UPS and Enron. Interestingly, some of them are still in use in the present times.
In 1956, he defined the corporate identity of IBM by designing its logo, which he modified four years later in 1960. In 1972, he created the striped logo, wherein one had eight strips and the other had thirteen strips. He even designed the packaging, marketing and assorted communication for IBM.
In 1956, he joined the faculty of Yale University and his ideas broadly influenced several generations of American designers. He wrote extensively on graphic designing some of which include, ‘Thoughts on Design’, ‘A Designer’s Art’, ‘Design’, ‘Form’, ‘Chaos’ and ‘From Lascaux to Brooklyn’
In 1960, he created the Westinghouse trademark which redefined the importance of simplicity for getting a point across. The minimalistic design greatly emphasized the point that the company wanted to put across.
His most notable later work was for Steve Jobs for the NeXt Computer corporate identity. To blend with the typical ‘Paul Rand look’, the design was simple breaking the company name into two lines that produced a visual harmony. 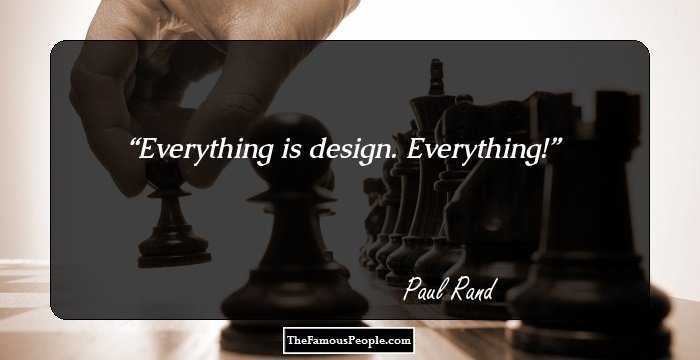 Awards & Achievements
In 1972, he was inducted in the New York Art Directors Club Hall of Fame.
Personal Life & Legacy
He breathed his last in the year 1996 of cancer in Norwalk, Connecticut. He was 82 at the time of his death. He lays interred in the Beth El Cemetery. 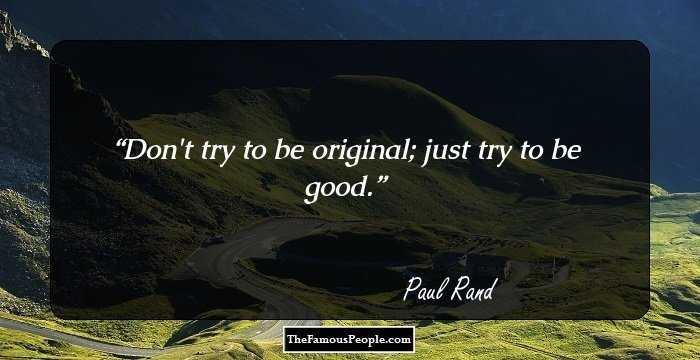 Trivia
He was one of first American commercial artists to embrace and practice the Swiss Style of graphic design. He designed the logos of corporate giants IBM, ABC and UPS, most of which are still in use today
You May Like

See the events in life of Paul Rand in Chronological Order 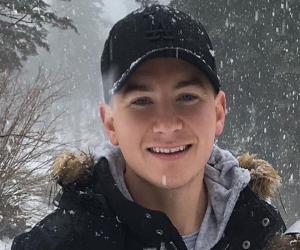 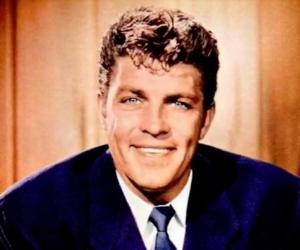