Advanced Search
Nicki Clyne is an actress from Canada known for portraying Cally Henderson Tyrol in the Sci-Fi Channel television series ‘Battlestar Galactica’. She has also appeared in telefilms like ‘Due East’, ‘Damaged Cars’, ‘I Was a Teenage Faust’, ‘Zolar’, and ‘Totally Awesome’ and films like ‘Ill Fated’, ‘John Tucker Must Die’, and ‘McCanick’. Originally from British Columbia, Clyne studied at the University of British Columbia in Vancouver and Simon Fraser University in Vancouver. She made her TV debut in 2000 in an episode of ‘Just Deal’. In 2004, she had her big screen debut in the comedy-drama ‘Saved!’ After playing a series of minor roles in both films and TV projects, she was cast as Cally Henderson in ‘Battlestar Galactica’ and made her first appearance on the show in the pilot episode. Clyne left the show at the beginning of season four. In 2018, she began portraying the series protagonist Gail Gartner in the science fiction show ‘Personal Space’. Clyne is married to fellow actress Allison Mack, who has pleaded guilty to racketeering following her arrest in April 2018 due to her association with the NXIVM organization. According to reports, Clyne herself was also affiliated with the organization. Canadian People
Aquarius Actresses
Canadian Actresses
Actresses Who Are In Their 30s
Women Film & Theater Personalities
Career
In 2000, Nicki Clyne had her screen debut in the second episode of the NBC’s comedy-drama series ‘Just Deal’. A year later, she appeared in an episode of UPN’s short-lived science fiction series ‘Level 9’. Her first TV movie was the 2001 drama thriller ‘Hostage Negotiator’, in which she portrayed a character named Alicia. In a season two episode of the classic science fiction series ‘Dark Angel’, she played an X6 transgenic named Fixit. Her next project was the telefilm ‘The Wedding Dress’. Directed by Sam Pillsbury, the film also stars Neil Patrick Harris, Margaret Colin, and Tyne Daly. In 2002, she guest-starred in The WB’s (later The CW) superhero series ‘Smallville’. Clyne’s future wife, actress Allison Mack, was a series regular on the show, portraying Clark Kent’s friend Chloe Sullivan.
In ‘Due East’, a telefilm directed by Helen Shaver and adapted from Valerie Sayers’ 1987 novel of the same name, she shared screen space with Robert Forster, Kate Capshaw, and Clara Bryant. She worked with Robert Townsend, Josh Zuckerman, and Stuart Margolin in the telefilm ‘I Was a Teenage Faust’. She also made a guest appearance in a season one episode of the 2002 revival of ‘The Twilight Zone’ series.
Clyne made her debut appearance as Cally Henderson in the 2003 miniseries ‘Battlestar Galactica’, which served as the backdoor pilot for the television series that premiered in 2004. Based on ABC’s 1978 science fiction show of the same name, the miniseries and the weekly show have come to be considered together as one of the greatest science fiction TV productions of all time. The show won four Emmy Awards, one Hugo Award, and one Peabody Award. Clyne’s character, Crewman Specialist Callandra "Cally" Henderson, served as an air maintenance specialist on the flight deck of Galactica. She later married her supervisor, CPO Galen Tyrol. Clyne left the show at the beginning of the final season after her character was killed off. In 2006, she appeared in another miniseries related to the show, ‘Battlestar Galactica: The Resistance’.
Clyne was cast as Barb in the 2004 comedy drama ‘Ill Fated’. In 2006, she portrayed a minor role in the romantic comedy ‘John Tucker Must Die’. She essayed the role of Billie in writer-director Neal Brennan’s telefilm ‘Totally Awesome’. In 2010, she lent her voice to Soledad in the animated science fiction film ‘Godkiller: Walk Among Us’. Since 2018, she has been portraying Gail Gartner in the science web series ‘Personal Space’.
Recommended Lists:

Canadian Female Film & Theater Personalities
Canadian Film & Theater Personalities
Aquarius Women
Continue Reading Below
Scandals & Controversies
Around 2006, Nicki Clyne was recruited into NXIVM by actress Sarah Edmondson, who ran the organization’s Vancouver branch. In time, she grew close to Keith Raniere, the founder of NXIVM, and Mack, who was allegedly second-in-command in the organization after Raniere. She regularly travelled to Albany, New York to take the cult’s program, “Intensives,” and made an appearance in the concert for Raniere in 2007. She was coerced into retiring from acting by him and requested the producers of ‘Battlestar Galactica’ to nullify their contract with her. Not long after, her character was killed in the show.
She subsequently relocated to Albany and moved in with Mack and India Oxenberg, the daughter of ‘Dynasty’ actress Catherine Oxenberg, in a townhouse not far from Raniere’s home. She then was given a job by Clare Bronfman where she earned $15 per hour. As with the other women in the cult, she was branded on her pubic region with Mack and Raniere’s initials.
In February 2017, Clyne exchanged wedding vows with Mack, reportedly to remain in US. In March 2018, Raniere was arrested by the F.B.I. in Mexico. The US authorities apprehended Mack not long after. While Mack pleaded guilty to racketeering in April 2019, Raniere has chosen to contest the charges.
Family & Personal Life
Nicki Clyne was born on February 11, 1983, in Vancouver, British Columbia, Canada. She has a brother named Adam. She attended Hugh Boyd Secondary School before studying at the University of British Columbia in Vancouver and Simon Fraser University in Vancouver. 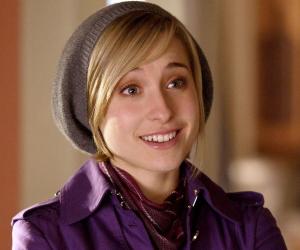 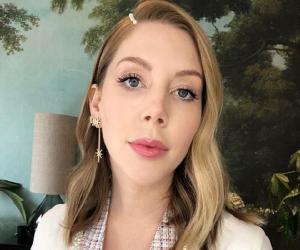